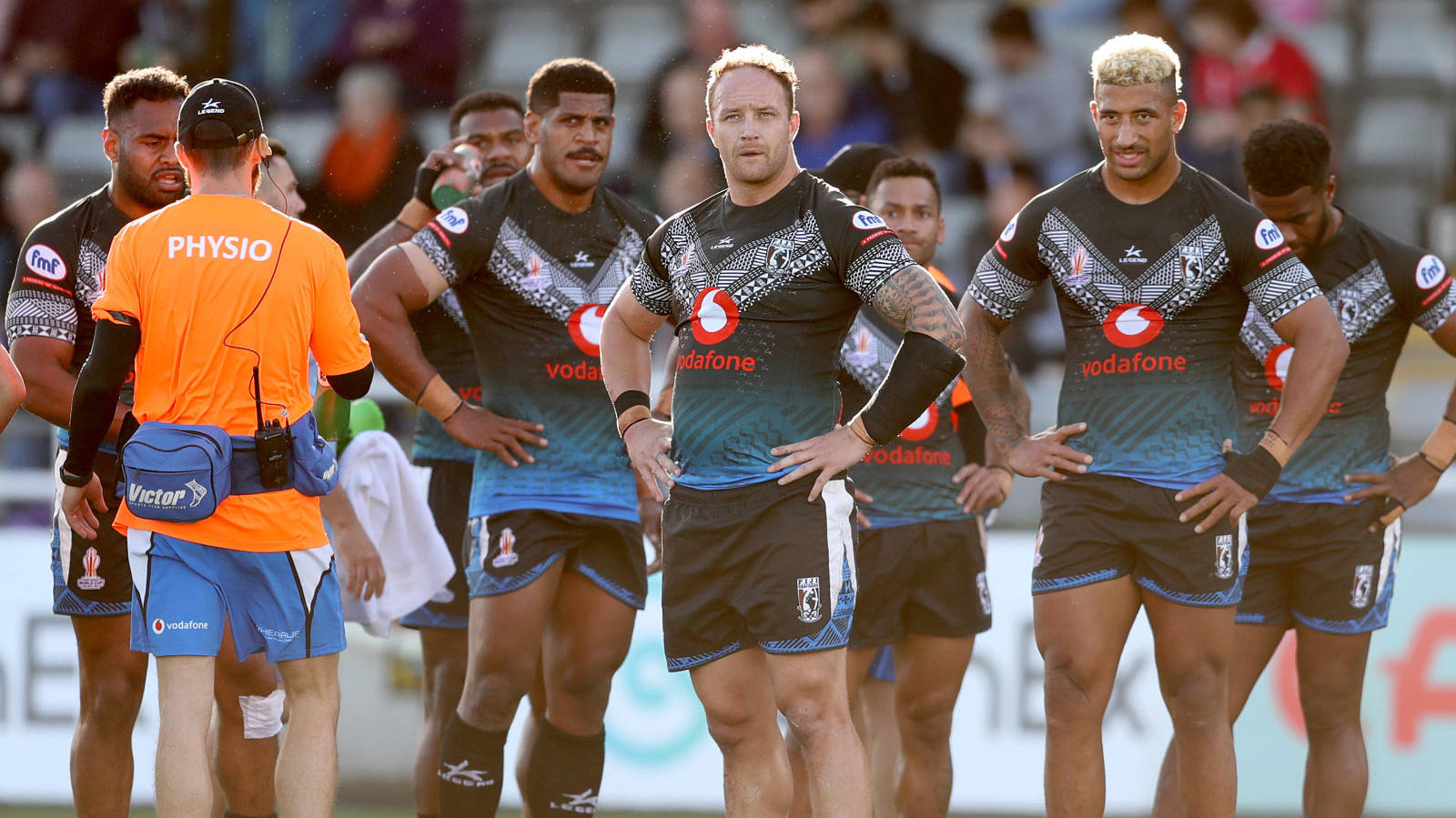 A virtuoso display from Viliame Kikau helped a fluent Fiji boost their quarter-final hopes as they eased past Italy 60-4 at Kingston Park.

Kikau set the tone for a one-sided encounter with an early try and was joined by Penioni Tagituimua and Maika Sivo in crossing twice on a productive afternoon for Wise Kativerata’s side in Newcastle.

Kevin Naiqama, Apisai Koroisau, Ben Nakubuwai and Taniela Sadrugu also scored as the Bati bounced back from their opening round defeat against Australia in style, with Brandon Wakeham enjoying a flawless afternoon off the tee.

Jake Maizen’s try gave the Azzurri faithful something to cheer in the second half but Italy now face a daunting clash with the Kangaroos knowing they are likely to need a win if they are to make the knockout stages for the first time.

Here are the best pictures of the day in Newcastle.