Family ties to the fore for Kangaroos newcomers Graham and Collins

Seven players to make their debuts for defending champions against Scotland 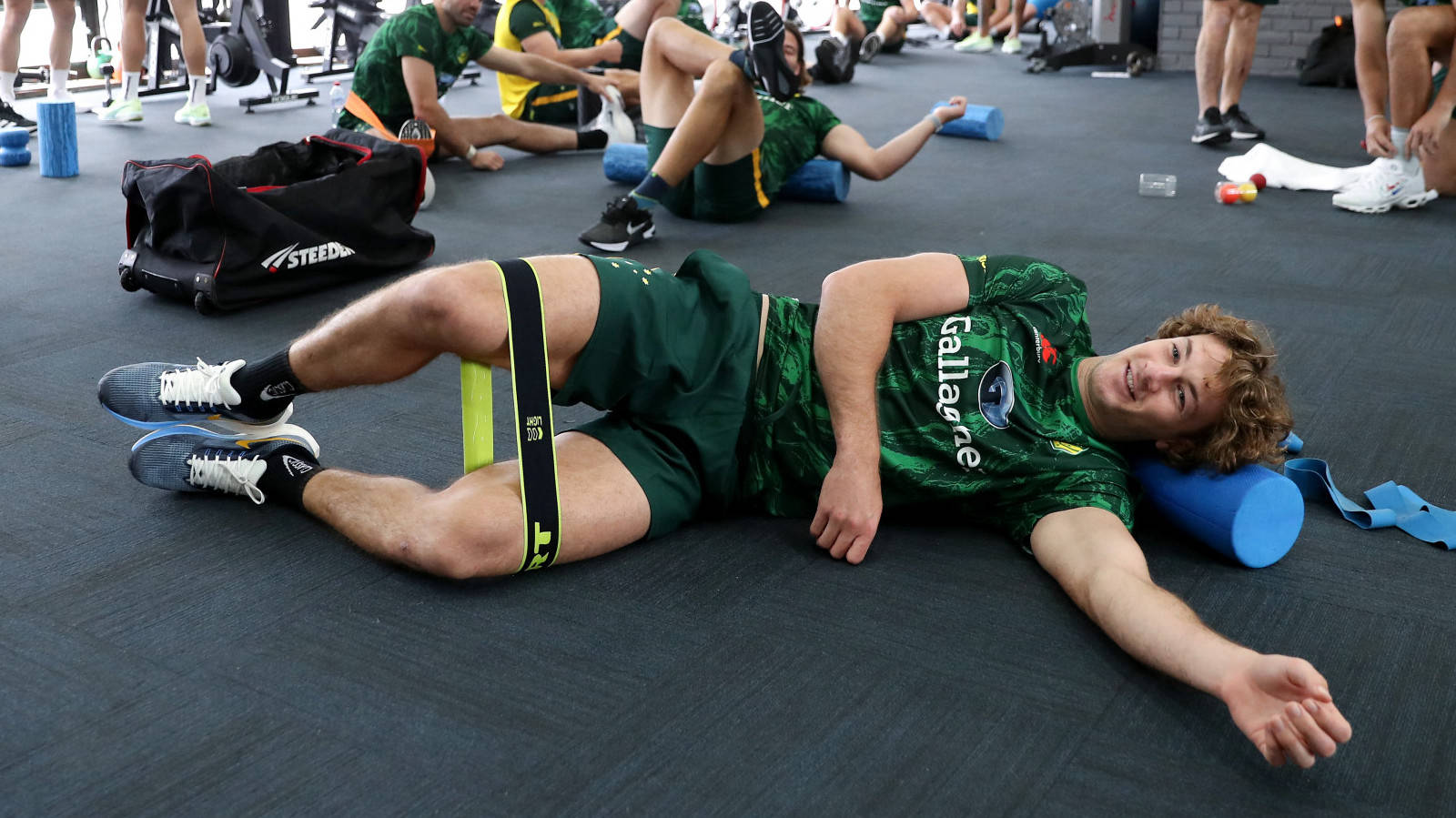 Family ties to the fore for Kangaroos newcomers Graham and Collins

Seven players to make their debuts for defending champions against Scotland

Campbell Graham has no divided loyalties ahead of his Kangaroos debut - although admits his Glaswegian Dad may be just a little torn.

Graham was expecting to make his Rugby League World Cup bow for Scotland until Australian coach Mal Meninga came calling last month, the 23-year old the only player in his touring party not to have played in the red-hot furnace of Origin footy.

Now the South Sydney Rabbitohs winger will line up against the Bravehearts in Coventry on Friday evening, which also happens to be mum Lisa's hometown.

He expects plenty of friends and family to have travelled from near and far to be in the crowd, the sporting symmetry not lost on him.

"Australia was always the goal and my Dad is completely supportive," said Graham. "If the World Cup had been last year then perhaps I'd be here with Scotland and that would have been a proud moment too.

“I had been communicating with their coaching staff for a while and they handled things so professionally, when I got the call from Mal they were among the first to congratulate me.

"My dad knows where my allegiance lies and this is the pinnacle of our sport, playing for Australia in a World Cup.

"I could have played for England too, I'm not sure Dad would have forgiven that. He's certainly an Aussie supporter now though.

"My mum left Coventry in her 20s to come travelling to Australia and met my dad there. I've only been back once when I was about two. I've got heaps of cousins and aunties and uncles here so there is no shortage of support."

READ MORE: What are the teams for Australia v Scotland men at the Rugby League World Cup?

Graham - who faces a monster challenge to secure a backline berth in a team packed with talent - emphatically turned down advances from former England coach Wayne Bennett.

Former Bunnies team-mate Sam Burgess was also roped in to add some pressure, with Graham once tipped for inclusion in Great Britain's Lions tour in 2019.

As promised Meninga has made wholesale changes to the line-up that beat Fiji in their tournament opener in Leeds, with rested Grand Final winning stars Nathan Cleary, Isaah Yeo and Liam Martin all called up for debuts.

In addition to that triumvirate and Graham, Matt Burton and Lindsay Collins will also make their first appearances for the Kangaroos.

This is just the second meeting between Australia and Scotland, the defending champions winning their previous meeting 54-12 six years ago.

Another win at Coventry and that will extend their run of consecutive victories at the World Cup to 14, equalling the record they set between the 1995 and 2008 editions.

There are no question marks about Collins's loyalties, as he follows in the footsteps of grandfather Lionel Williamson, who made the first of 11 international appearances at the 1968 World Cup - and scored two tries in a final win over France in Sydney.

"It's all a bit emotional and when we line up I'll be thinking of him and all my family," said Collins, whose path to selection has not run smooth, injuries, concussions and suspensions leaving him sweating on Meninga's call.

"My grandfather just told me to enjoy the experience. I've grown up on stories about his tours with Australia and his two World Cup wins, which makes it mean even more.

"It's been a pretty tough journey to get here. There's been adversity but playing at the World Cup was always in the goals I set out."