What are the teams for Australia v Scotland men at the Rugby League World Cup? 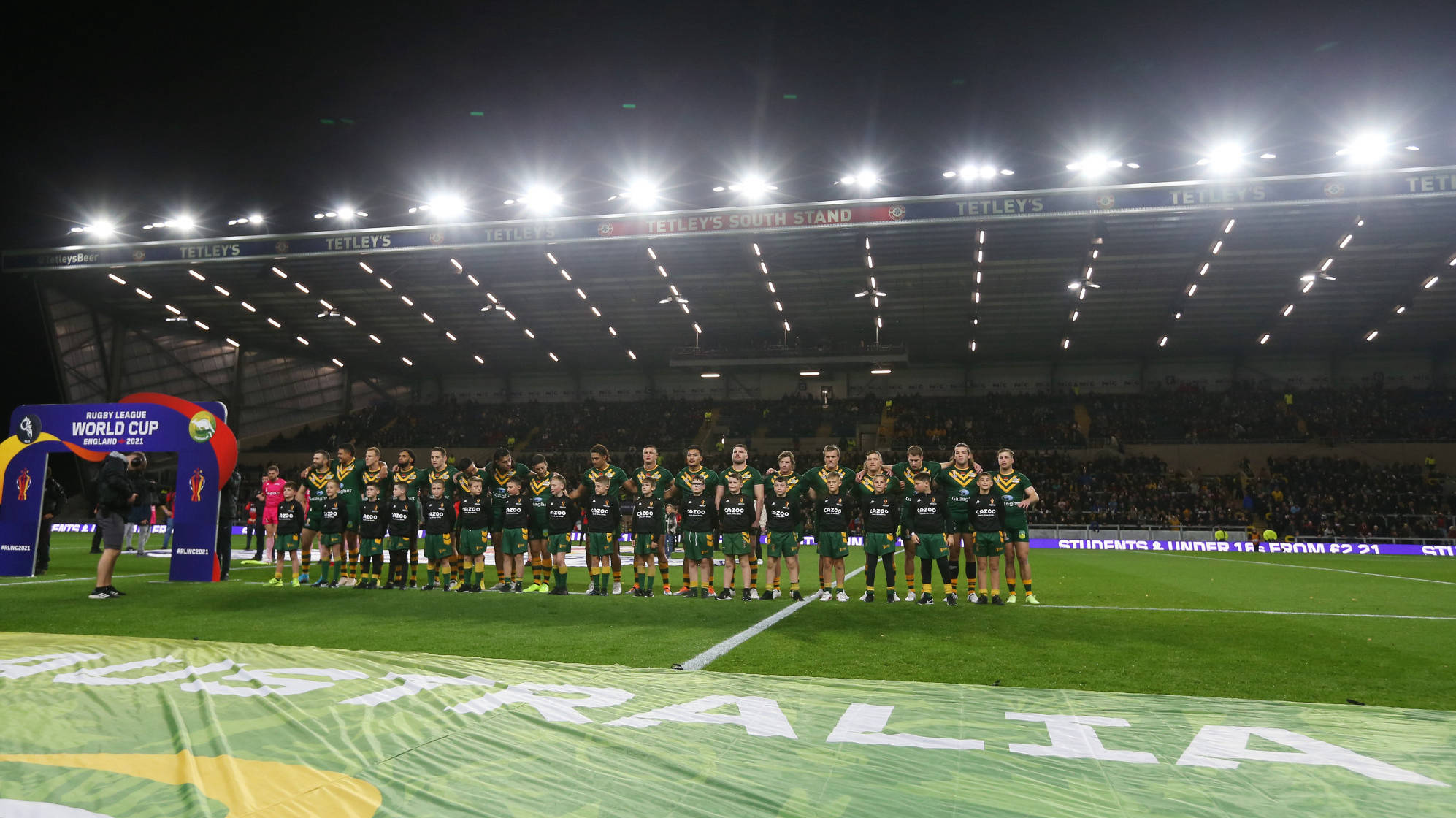 What are the teams for Australia v Scotland men at the Rugby League World Cup?

Lindsay Collins will follow in the footsteps of grandfather Lionel Williamson when he makes his Test debut for Australia against Scotland on Friday.

The 26-year-old has been named among the interchange players with head coach Mal Meninga handing first caps to five players in the starting XIII.

Isaah Yeo will take over the reins as vice-captain, with James Tedesco continuing as skipper having led the Kangaroos to a 42-8 win over Fiji in their opener.

Scotland have also named their squad as they look to secure a first win at Rugby League World Cup 2021 after suffering a 28-4 defeat to Italy in their first game of Group B.

Halifax Panthers’ Lachlan Walmsley keeps his place having scored a late consolation try for the Bravehearts against the Azzuri.

Australia and Scotland are yet to meet in a World Cup and have only faced off once before in the 2016 Four Nations, with the Kangaroos emerging 54-12 winners.

With victory over Fiji in the first round, Australia equalled their own record for the longest winning run by a men’s team in the Rugby League World Cup.

Victory over Scotland would be their 14th in succession and would beat that record set between 1995 and 2008.

Their defeat of Fiji Bati marked their first win of the new decade, their last match before that a 16-12 loss to Tonga in the 2019 Oceania Cup.

Scotland lost their streak of three international matches unbeaten with defeat to Italy in Newcastle.

They are yet to win back-to-back matches at the World Cup, coming closest in 2013 when they followed a 26-24 defeat of Tonga with a 30-30 draw with the Azzurri.