Ricky Henry rued the way his New Zealand side ‘froze’ against an ice-cool Australia after a one-sided women’s Rugby League World Cup final at Old Trafford.

The Kiwi Ferns started on the back foot and shipped 10 tries in total as the Jillaroos ran riot, eventually winning 54-4 to seal a third straight World Cup triumph.

Henry made no excuses but was left frustrated by the manner of the defeat, his side having lost by just two points when they met Australia in the group stage.

“We tried to give ourselves a chance but we played our worst game out there rather than our best,” he said.

“The two teams were miles apart today. It was a strange one, we froze and didn’t get the job done.

“Australia put pressure on us early in the game, got a couple of results there and it snowballed.

“In rugby league, it’s all about pressure and they did a good job of applying it.”

New Zealand won the first three women’s World Cups but the Antipodean balance of power has shifted over the last decade.

Henry is acutely aware of the areas the Kiwi Ferns set-up have to improve if they are to bridge the gap between now and 2025, with the work set to start in earnest.

“The game has grown so rapidly over in Aus and we need to try and get on that train as well to prepare them to play at the standards we need them to,” he said.

“For us, it’s more about identifying talent and making sure we harness them and put them into our database to prepare them for the 2025 World Cup.

“We’ll take a whole lot of positives from this competition as a whole. If we start playing more Test matches, we’ll be better equipped.”

Kiwi Ferns skipper Krystal Rota refused to be drawn on whether she will be part of the preparations on the road to France as she reflected on a disappointing final.

“I’ll see how the body recovers, see what opportunities arise and take it from there. “Despite the scoreboard today, I’m proud of the girls’ efforts. We have been a tight-knit unit and it’s been a great campaign.” 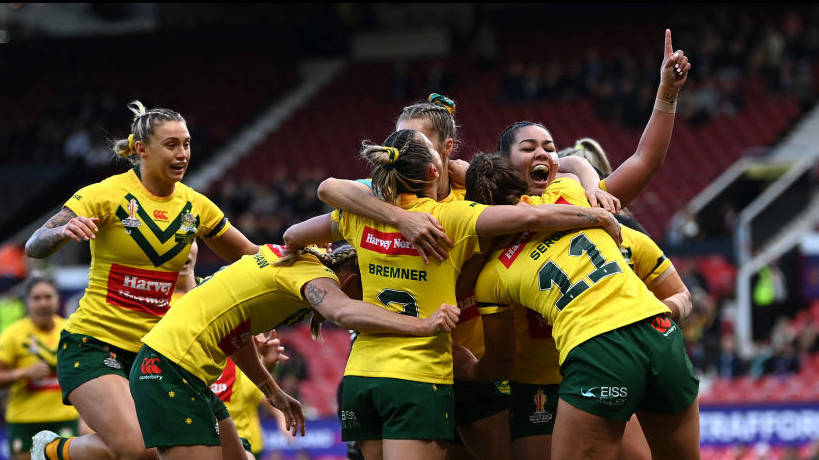