A special occasion. The Rugby League World Cup is one of the biggest occasions in the international sporting calendar

The Rugby League World Cup is the pinnacle event in international rugby league. Like no other form of the game, players compete with the pride of their nation at the heart of every performance.

In 2022, more teams than ever will compete for the Rugby League World Cup, with four groups of four nations competing in stadia across England.

All quarter-finalists from the preceding World Cup (RLWC2017) automatically qualify to compete. The remaining eight nations were decided by a qualification process based on global regions determined by International Rugby League.

New rivalries will form, old ones will play out with vigour. Pre-game Hakas, Sipi Taus and hymns will set the stage for clashes of epic proportions.

And after the draw results, it has confirmed the opening match will be a must-attend event with England playing Samoa at St James’ Park in Newcastle. 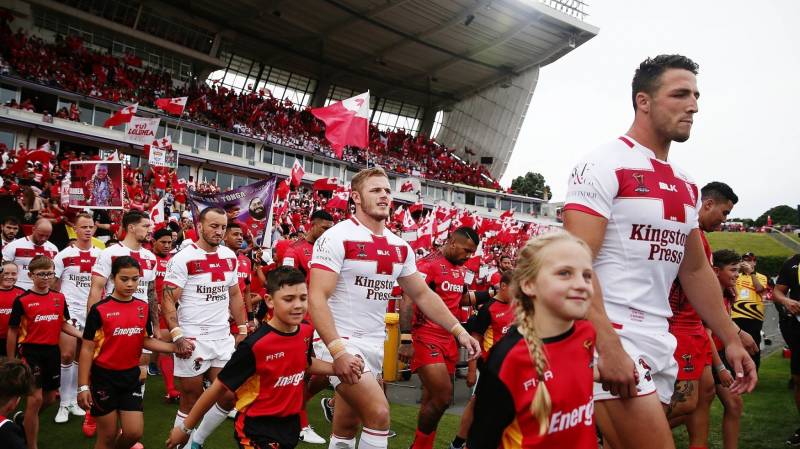 The qualification process for the men's competition will start with European qualifiers. All RLWC2021 competing nations will be known by November 2019.

The winning teams from each of the quarter-finals will proceed to the semi-finals.

The men's final at Old Trafford concludes the epic finals weekend and RLWC2021.