Taumalolo: Tonga can manage without me against Papua New Guinea 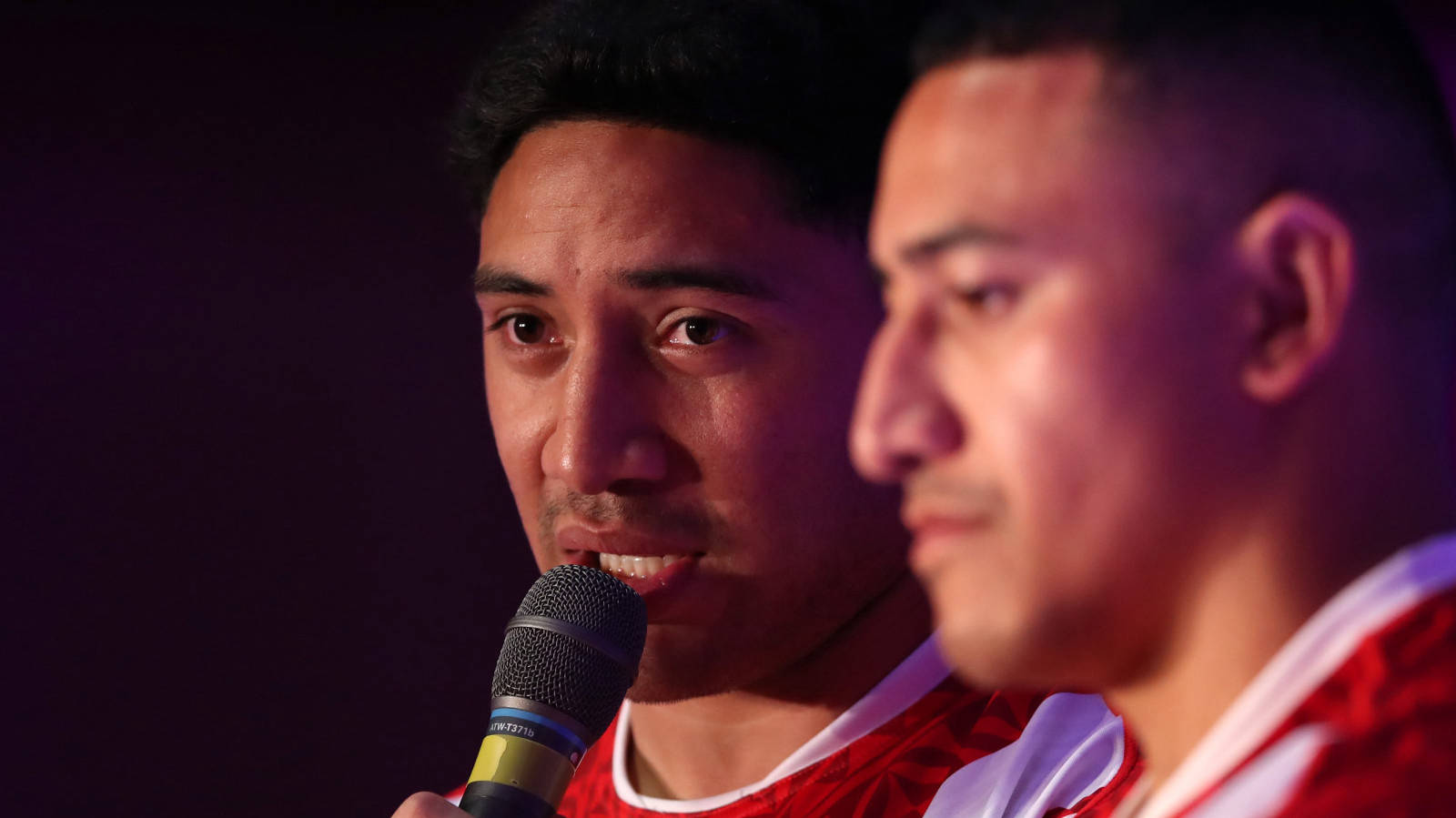 Taumalolo: Tonga can manage without me against Papua New Guinea

Tonga captain Jason Taumalolo insisted his side can cope without him and the extraordinary support they enjoyed in 2017 as they kick off their World Cup against Papua New Guinea on Tuesday.

North Queensland Cowboys loose forward Taumalolo, 29, will miss the opener and next Monday’s game against Wales before returning for their final group game against the Cook Islands after being hit with a three-match suspension for a high shot during the recent NRL finals.

Former New Zealand international Taumalolo caused a stir by declaring for his heritage nation at the last World Cup and played a pivotal role in their run to the semi-finals, where despite the phenomenal support from a sea of red in Auckland, Tonga lost a thrilling contest 20-18 to England.

Having caught many by surprise five years ago, Tonga are now the world’s No.2 side and favourites to win Group D but in Taumalolo’s absence they will be captained by his great friend and Catalans Dragons-bound prop Siosiua Taukeiaho against the Kumuls.

Taumalolo said: “I’m confident in the team we have. I won’t be there in the first two games, Sio will be there and we’re not short of leaders.

“Where we go in the tournament, I’m not so sure, but I am confident that we will be there in the finals.

“There might be not as many Tongan people here in the UK but the small contingents that we have seen, they do show their true colours and they’re really passionate about supporting us.

“They might not be there in the same numbers, but we’ll definitely hear them in the stands.

“For us it’s about bringing our own energy, because we know that in the past we have used the support from everyone as a bit of a boost in helping us with the way we play.”

READ MORE: What are the teams for Tonga vs PNG?

Taukeiaho, 30, admitted the fans will not be able to replicate the special scenes at Mount Smart Stadium in 2017, where 30,003 mainly Tongan supporters packed the stands to see the Pacific Islanders come so close to overturning a 20-0 deficit in the last ten minutes.

He added: “Obviously it was a lot better being in New Zealand because of family and all the supporters being there.

“But it gives us another opportunity to go after what we want and we’ve got a strong squad. We arrived last week, so we’re excited.”