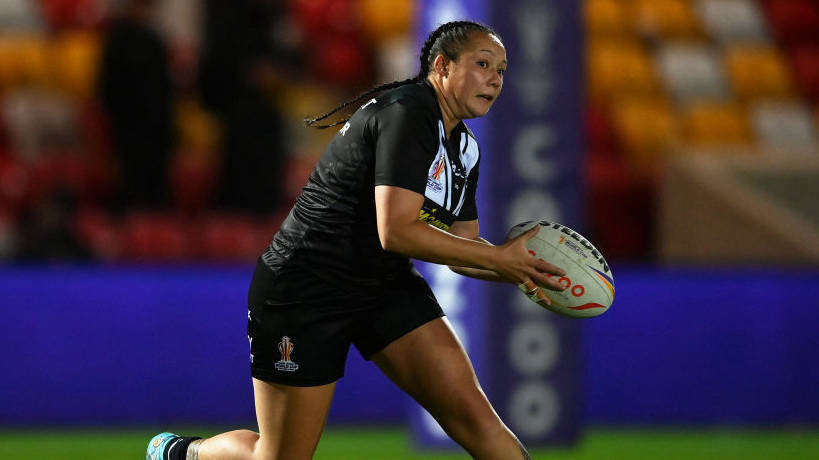 Raecene McGregor is confident New Zealand's grit and determination can propel them to a World Cup victory over Australia.

A fourth title in their sixth successive final is on the line for the Kiwi Ferns, having lost their title to the Jillaroos in 2013 and 2017.

And with a semi-final win over England demonstrating their ability to roar back from behind, McGregor is daring to dream of lifting silverware in Manchester.

"It's awesome to be in that final, that semi-final was tough and scared us a little bit but we're not going to take this final lightly," she said.

"I'm really proud of the girls for pushing through in that semi-final and I think we can do it again against Australia.

"It would mean everything for us to lift that trophy, not just for us but for our families and for the girls who have missed out on the games.

"We're doing it for them and if we manage to get a trophy out of it then there will be a lot of tears of joy.

"I can definitely visualise us lifting it, especially off that last game against Australia.

"We put a lot of effort into that game. There's a few things we can fix up but if we do that then we can definitely get the win."

The finalists have already locked horns earlier in the tournament, with Australia’s nail-biting 10-8 win Australia ensuring they finished top of Group B despite McGregor’s try.

And following a strong second-half showing in the 20-6 semi-final victory over England, McGregor is hoping they can build on their momentum and start strongly against the Jillaroos.

She said: "We made it tough for ourselves back there in the semi-final, but we dug deep in that second half.

"We didn't have a great start to the tournament with our performance in the first few games, but we really stepped up against Australia last time.

"There were still a few errors, but we really stuck it to them in that middle end.

"Against England, again there were errors in that first half. It was a little bit scary after their try but coming out in that second half we really sorted ourselves out and got the win.

"We've got to clean up those errors going forward, especially coming out of our yardage there were just too many dropped balls but if we clean that up, I think we can get some good carries and hopefully spring a surprise on Australia."