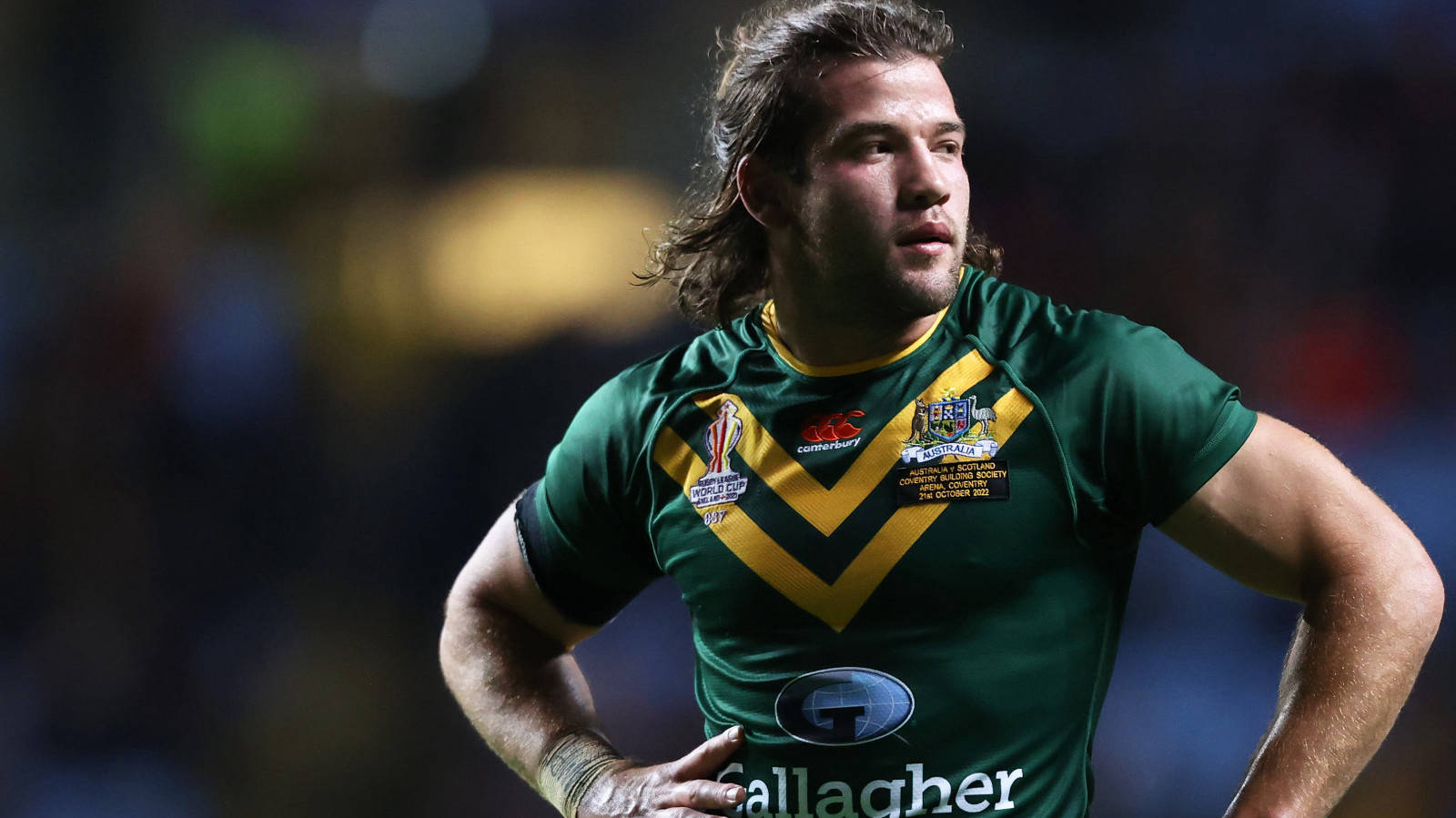 If Patrick Carrigan was suffering from pre-match nerves he was doing a very good job of hiding it.

After shining for Queensland in this year's State of Origin, perhaps big games no longer hold such fear, though he admits a Rugby League World Cup showdown with Samoa at Old Trafford remains another level.

Carrigan's debut campaign for the Kangaroos has earned rave reviews for the Brisbane Broncos prop but he knows the challenge of going toe-to-toe with Samoa captain Junior Paulo is a significant step up.

"Junior is a freak," said Carrigan.

"In terms of durability and skill for a big man, he’s a gun. He’s one of the leading front-rowers in the world at the moment.

"We’ll have a big job in the middle if we’re going to be successful. He’s a freaky player, there’s not much he can’t do and it makes for a good contest for everyone watching."

“Josh Papalii is just as handy and those two are the heart and soul of that Samoan team, they are the elders and the leaders.”

Australia’s men have appeared in every World Cup final since 1957 and have won eight of the last nine editions. They've played Samoa just three times and won every encounter, scoring 156 and conceding just 28.

However, if big tournaments are about momentum - and sometimes fate - then Samoa arrive in Manchester with confidence surging.

Since losing their opening match to England 60-6 in Newcastle they've been unstoppable, beating Tonga and then gaining revenge over the hosts in two knockout thrillers.

"Being Australian, there’s always an expectation you perform," added Carrigan.

"They don’t have any pressure on them, and after the first game they’ve just gone and played their footy. You can see what a dangerous team they are when they do that. It will be an exciting final and the Samoan boys will be gunning for it and we’re the same.

"I feel confident in going out and playing footy with my mates. I’m pretty simple and laid back – I played footy as a kid for enjoyment and the bigger the stage, it’s still the same thing at the end of the day.

"I’m confident in what we’ve built as a group and a coaching staff. If we play our best footy, hopefully we can have a good Saturday afternoon."