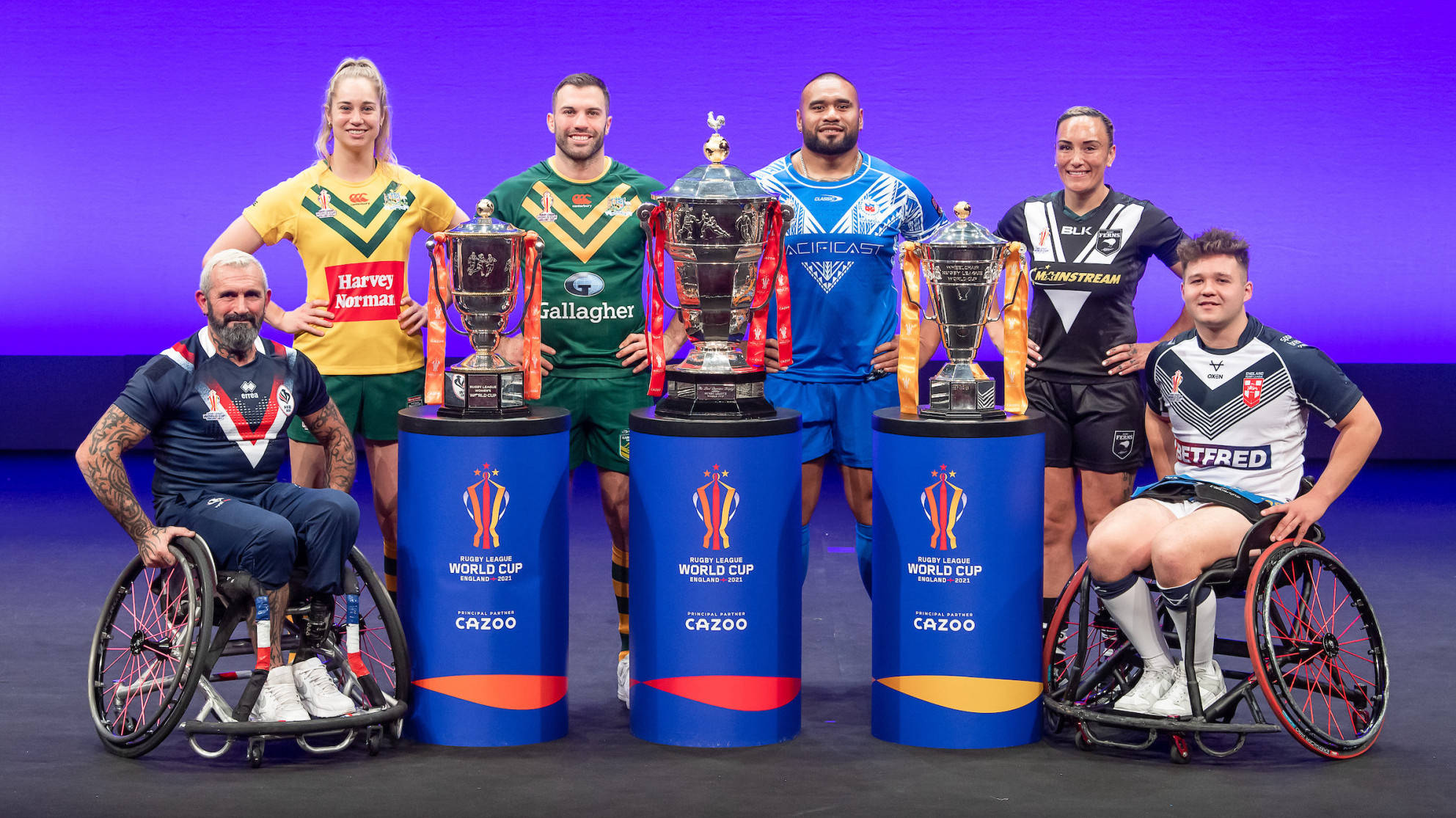 Rugby League World Cup 2021, Chief Executive Jon Dutton has paid tribute to the players for providing inspiration to the next generation of rugby league players, fans, volunteers and coaches as anticipation grows for the three tournament finals.

All three tournament finals will be held in Manchester this weekend, with England taking on France in the finale of the Wheelchair tournament in Manchester Central this evening, before a spectacular men’s and women’s double header at Old Trafford tomorrow, with New Zealand taking on Australia in the women’s final, before defending champions Australia take on Samoa in the men’s final.

Dutton also paid tribute to the fans who have taken in World Cup action, in stadiums and via the BBC and called for more international rugby league in the sporting calendar.

“Even before this weekend’s finals the appetite for the tournament has been truly remarkable.

“With almost 500,000 people having bought a ticket to one of our matches and 30 million people tuning in to watch from home on TV or across digital, Rugby League World Cup 2021 has provided an unprecedented platform for our sport.

“So, what will be the impact of the tournament long after the final trophy has been lifted this weekend?

"This has been a huge part of our work over the last seven years, creating new facilities so that people can get involved in our sport in whichever way they choose through our ground-breaking social impact programme.

“Representing your country is one of the proudest things you can achieve in any sport and between now and France 2025 I hope that we will see more international rugby league in the sporting calendar.

“I would like to place on record my thanks to my board, teammates, funding, commercial and social impact partners, match officials, RFL and IRL colleagues, Power Squad volunteers, hosts, venues and everyone that has come together to make this tournament the success it has been.

“But ultimately, I do want to thank the players who have thrilled us and inspired us with their talent and passion over the last six weeks and put their body on the line every single time they step on to the pitch.

“And finally, I want to finish by thanking the fans. Ultimately this sport, and this tournament, has been for them and during some very challenging times they have enjoyed the tournament both in person and via broadcast platforms and have created some magnificent atmospheres worthy of the very best players in the world.”

Some key stats from the tournament

·       Almost half a million people have attended a RLWC fixture.

·       For the first time in history, the men’s, women’s and wheelchair tournaments ran simultaneously with every minute of every game broadcast live across BBC platforms.

·       TV coverage available either through broadcast or streaming in 22 territories across more than 150 countries, supplemented by streaming via apps in territories without traditional rights holding broadcasters.

·       RLWC2021 has been the most watched rugby league world cup tournament with a domestic cumulative match average of almost 30 million.

o   With the finals still to play, England men’s semi-final clash against Samoa hit a peak of almost 2.5 million when it aired live on BBC 1.

·       The Final will be the highest grossing RL game of all time in the UK, delivering more than twice the revenue of the 2013 RLWC Final.

·       Across RLWC digital platforms, we have seen a 45% increase in followers since the tournament began, with over half a million followers now across our channels (from 349k to 506k).

·       Across social, we have generated over 36 million video views, and an additional 3 million engagements.

·       The meeting of Tonga and Samoa was a ground-breaking event on RLWC social, as we brought coverage of their sensational clash. This was best shown on TikTok, where the Samoan Siva Tau versus the Tongan Sipi Tau generated 8 million views and over 700,000 engagements.

Individual games have broken attendance records, such as:

o   The women’s opener in Headingley set a northern hemisphere record for a rugby league match.

o   At the Copper Box Arena, the world record for attendance was broken at each of the three wheelchair matches held there with 3,847 people in watching England’s Wheelchair team defeat Ireland, increasing the record which was set just a few days before in the opening double header on Thursday 3 November.

o   The England v Samoa match in Newcastle and Australia v Fiji in Leeds was the highest ever cumulative opening day in a RLWC in the northern hemisphere.

o   The attendance at the DW Stadium in Wigan breaking the all-time record for a Rugby League World Cup Quarter-Final match as 23,179 people passed through the turnstiles in Wigan.

o   The men’s semi-finals were the highest ever aggregate attendance at over 68.5k