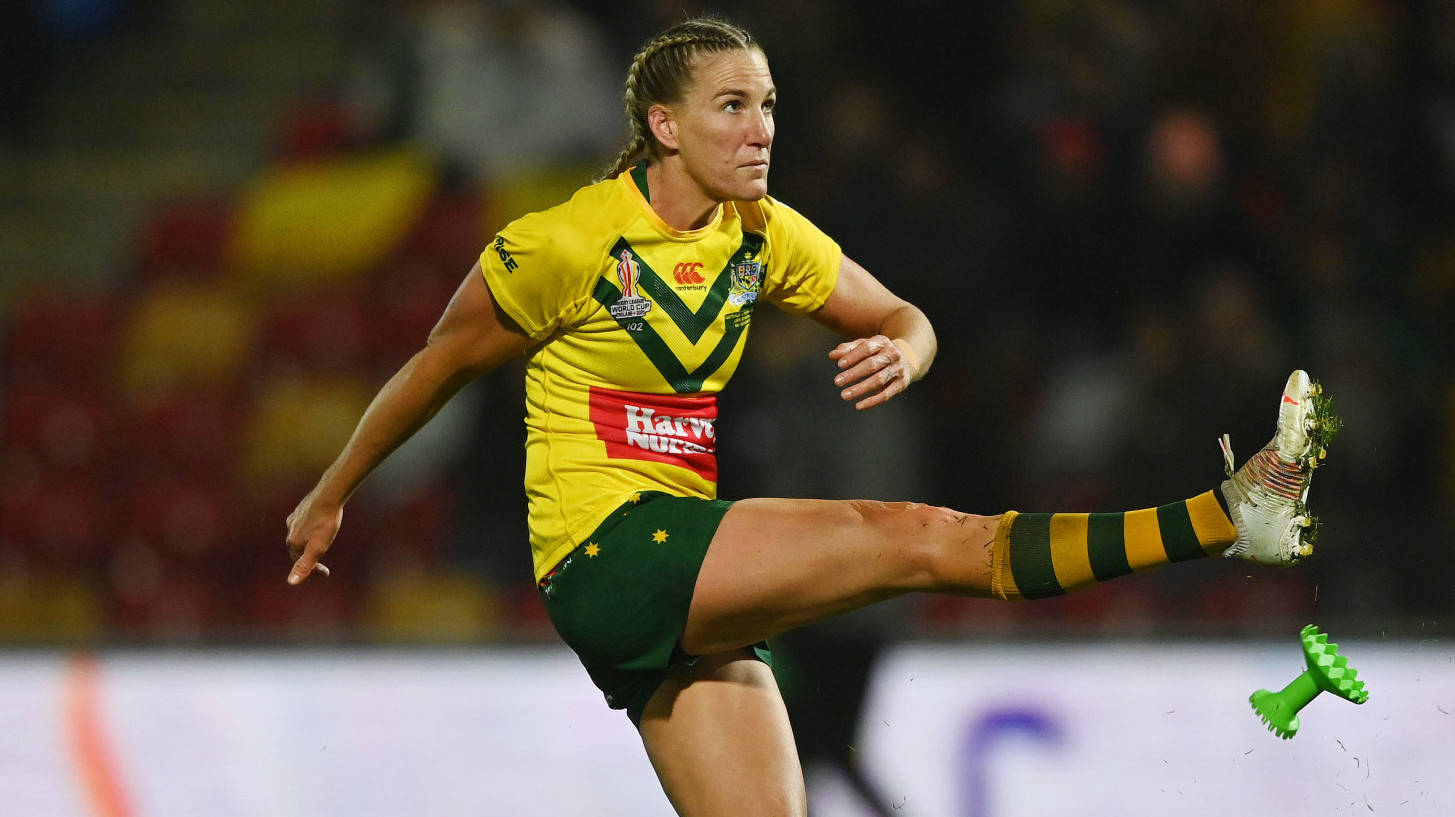 Ali Brigginshaw already has a women’s Rugby League World Cup final win over the Kiwi Ferns in England on her CV but admits the pressure is tenfold this time around.

The Australia co-captain kicked three goals at Headingley in the 22-12 win over New Zealand in 2013 but is one of just three survivors - alongside Emma Tonegato and Sammy Bremner - preparing for Saturday’s showpiece in front of 65,000 fans at Old Trafford.

The Jillaroos edged past Ricky Henry’s side 10-8 in the group stage but Brigginshaw insists they have plenty to work on from that closely fought encounter as they look to join the Kiwis on three World Cup triumphs.

She said: “I think there are different pressures going into a Grand Final. Yes, we’ve already played them, but there is a lot more emotion on Grand Final day.

“We’ve got to improve from that pool game and I’m confident in the 17 that we are going to do that.

“I don’t think there’s pressure. They’ve won the most World Cups and been in every World Cup final, so if anything I think they should have the pressure.

“The pressure is probably playing at Old Trafford, what a moment. We will probably never get to do that again, so I reckon that’s the biggest pressure. Running out there and experiencing the emotions out on the field.”

Brad Donald’s side are aiming for a third successive title having dethroned the tournament’s most successful team nine years ago and booked their spot in a fourth straight final with a comfortable 82-0 victory over Papua New Guinea.

And Brigginshaw has no doubt her side are arriving battle-hardened despite that lopsided scoreline on Monday night in York.

“You just take each game as it comes. We know what New Zealand are going to throw up. You’ve got to prepare for the Grand Final.”

New Zealand’s rampaging right edge of Amber Hall and Mele Hufanga combined to dump England out at the semi-final stage with a 20-6 victory that marked the end of Craig Richards’ tenure in charge of the hosts.

But Brigginshaw believes her side can use the Kiwi Ferns’ strength against them as the reigning champions look to get their attack firing at the Theatre of Dreams.

She explained: “We’ve got plans for them but I’m not going to tell you what they are. We’ve played them before and credit to them they’ve played well.

“As a team we can expose that a little bit, we’ve watched a fair bit of footage on how we can work them over and that’s the plan for Saturday.

“We’ve got so much we can work on in attack. We didn’t play our best and we still won that pool game.

“Defensively we were strong but we’ve got a long way to go with our attack and I’m excited to see that happen.”

Mal Meninga’s Kangaroos will take on Samoa following the women’s final and after both sides lifted the trophy on home soil in 2017, Brigginshaw is hoping for an even more impressive clean sweep on the other side of the world.

She said: “Like Mal was saying, we strive to be the best in the world. I think every team wants to do that and we are really proud to see how they are playing and we support each other.

“I’d be keen to hold the trophy up early and then sit down and have a few beverages watching them.”