"I was born in Samoa, I’m blood and blood through," says Penrith's Premiership winner 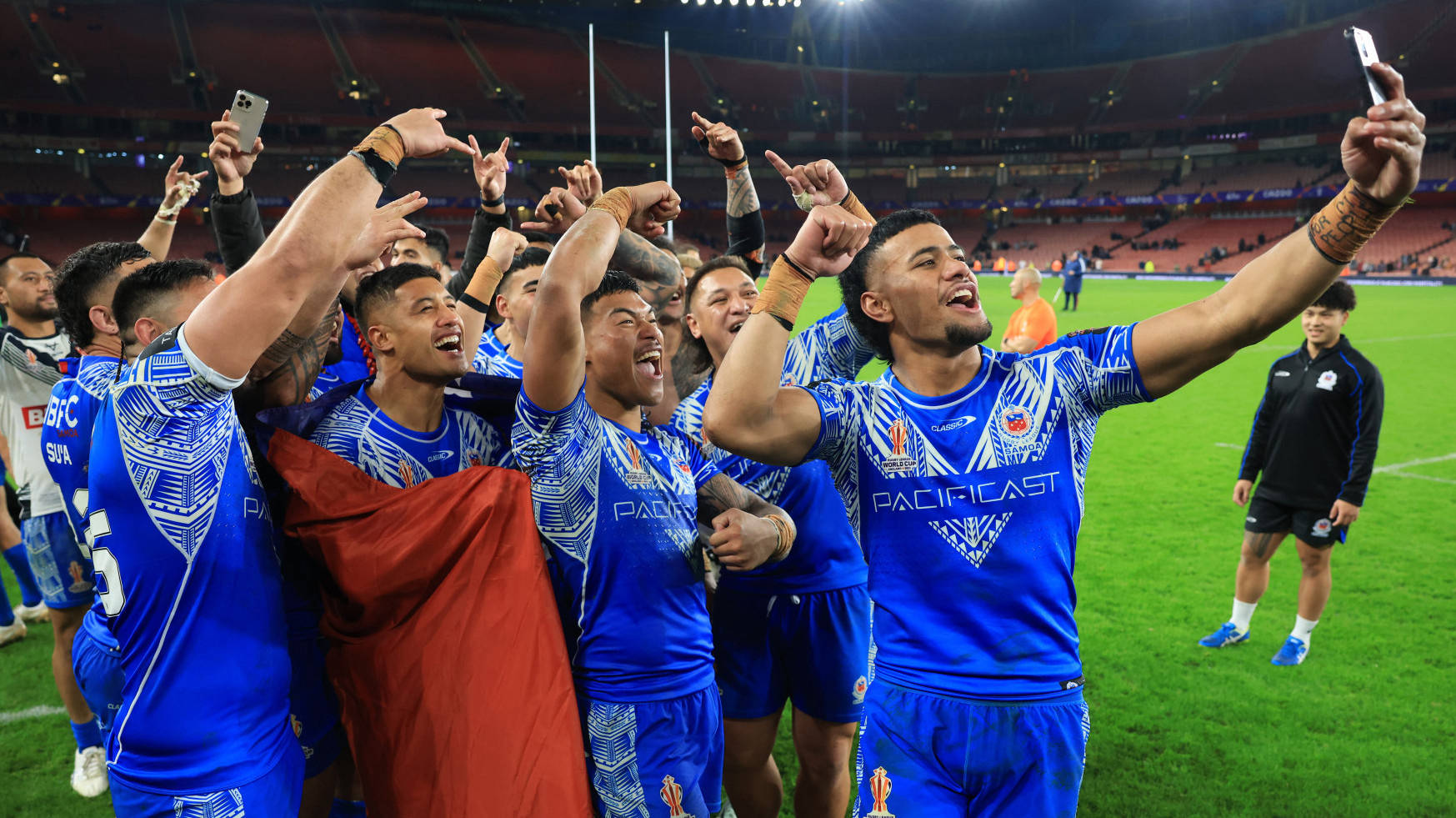 "I was born in Samoa, I’m blood and blood through," says Penrith's Premiership winner

It's just five years since Stephen Crichton sat listening to Mal Meninga preaching the values he claims as integral to the Kangaroos run to another Rugby League World Cup final.

Crichton, already part of the Penrith Panthers set-up, was heading to England as a young gun in the Australian Schoolboys team.

And Meninga's message was clear as he presented the 17-year-old his jersey, perform and you could be back for the next World Cup. Crichton clearly listened ... sort of.

The son of a pastor and one of six kids, Crichton was born in Apia, Samoa where his parents, Va'a and Sina, worked in an onion factory.

He turned down Australian rules, where he trialled with GWS Giants, and basketball to focus on footy and claims his decision to represent his Samoan heritage was never really a choice.

"I never would have thought of about something like this when I came here with Australia schoolboys and lost every game," he said.

"I never would have thought I would have the chance to come back here and represent Samoa but everything happens for a reason.

"Being the underdogs is probably a good thing. We’ll be doing everything in our preparation to put our best foot forward.

“The whole idea when all the boys first made the pledge to come to Samoa was that we didn’t want to be in it just to compete, we wanted to be in it to make it to the top. We’ve done that throughout the tournament and it would be massive for Samoa and all of us.

"Australia are the top team that everyone wants to play. They are a side full of superstars, it will definitely test us but I have full confidence we can get the job done."

Crichton was on the golf course with Luai when he heard the news teenage Roosters sensation Joseph Suaalii had committed to Samoa ahead of Australia.

"We were going off, we were just keen as," he recalls.

“I was born in Samoa, I’m blood and blood through so I definitely took my decision by heart and this is the whole reason for it.

"Credit to the boys that had the opportunity to go play elsewhere and chose the motherland.

"It means a lot. The boys made the decision to play for Samoa and our people definitely appreciate it."

Luai is a player that both talks and plays a big game and that's when he's at his most dangerous, according to Crichton.

He's been the player of the match in three of the five Samoa games and his swagger and confidence was clear as during training at Manchester United's home ground.

"It's the theatre of my dreams," he bellowed, as he prowled down the touchline, before asking a couple of ground staff just how much Ronaldo was paid.

The Portuguese star may well 'wantaway' from United but Luai is determined to fill his playmaker vacuum for one weekend only.

"That’s just the way he is with all that on-field chat," added Crichton.

"He knows how to back it up and that’s the way he plays. He’s loving his footy, he’s having fun with it and that’s all that matters.

"His leadership has come a long way from Penrith, he’s a massive leader for Penrith and he’s really stood up in this camp with the other leaders we have. He’s stepped out and has been really good for us."