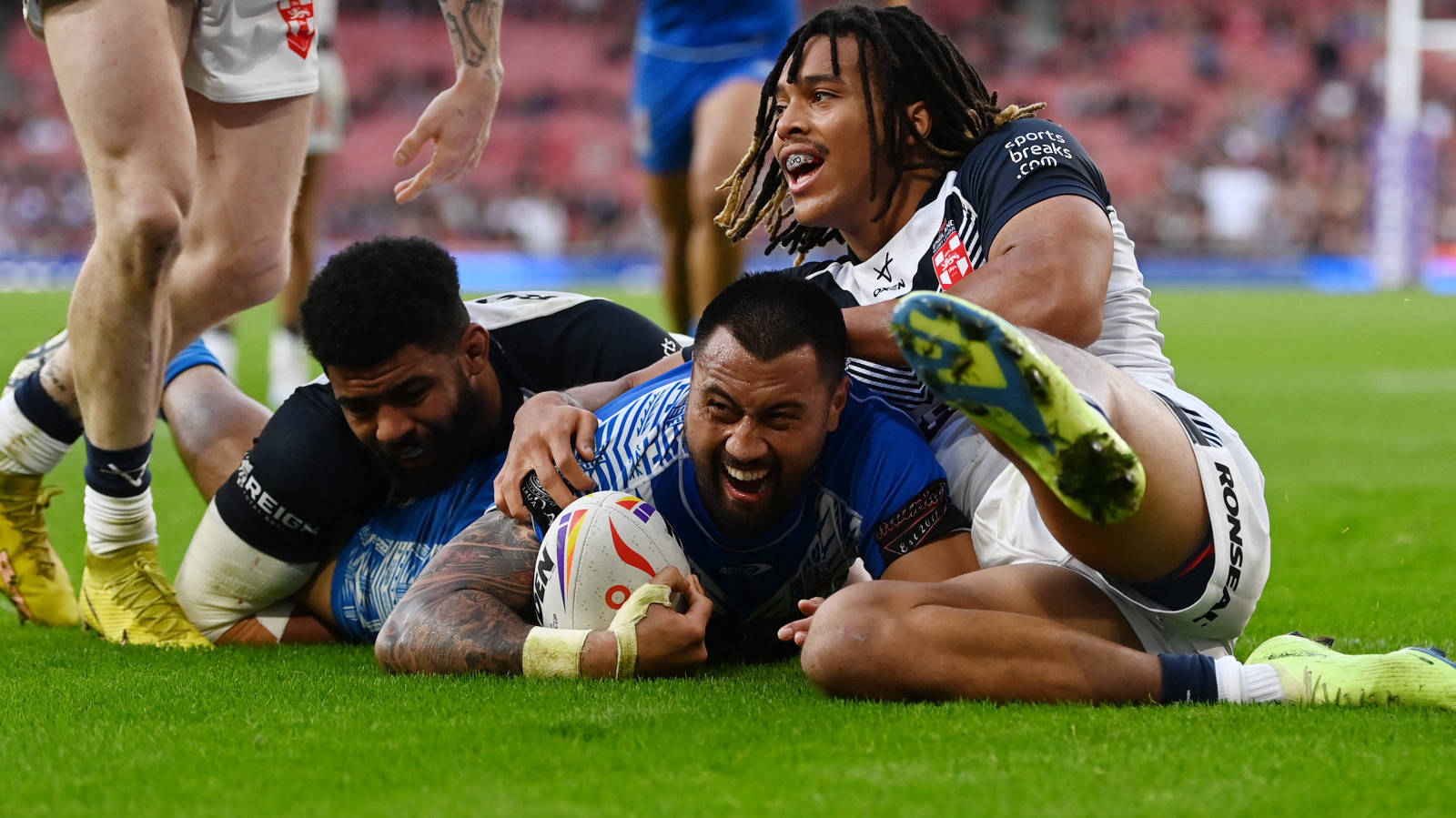 Ligi Sao assumed he would be watching the men's Rugby League World Cup final from his new house in Hull but now the Samoa forward is ready to make Old Trafford his back garden.

Sao’s sole Samoa appearance prior to this year's World Cup came in 2018, but his international career was handed a lifeline on the eve of the tournament when Luciano Leilua was stood down by the NRL.

The 30-year-old hasn’t looked back back since, helping fire Matt Parish's side to their first ever final, scoring in their sensational 27-26 semi-final victory over hosts England.

The first tier two side to make the showpiece are now one step away from glory, with favourites and winners of eight out of the last nine tournaments, Australia the only hurdle left to overcome and Sao is still coming to terms with what has been a whirlwind few weeks ahead of Saturday afternoon's final.

“We’d just moved house in Hull, it all happened pretty quickly. If I wasn’t called-up I’d have been supporting Samoa," explained Sao.

“I was born in New Zealand but my parents are from Samoa. We’re really proud of the support we’ve been getting.

“Family and friends are calling and it’s all over the internet, the celebrations and the parades and things like that. Living in England for three years, to see all of that makes me feel really proud.”

Sao has been primarily deployed as a prop or loose forward at club side Hull FC but was thrown in on the left edge for the Pacific Islanders in their second group game against Greece.

Such was the impact he made, Sao retained his place in the side, and saved his best performance for Emirates Stadium.

Samoa upset the odds in North London to dump out hosts England thanks to Stephen Crichton’s golden point field goal, gaining sweet revenge for the 60-6 humiliation they suffered just four weeks prior in the tournament's opening game.

“It was a great game from the start, we were in the trenches for the first 15 minutes," said Sao.

"Our captain (Junior Paulo) goes off, we were defending our line. It makes it all worth it when you go through all of that and win.

“When (Crichton) hit the field goal, I just stood there watching it go over and I was full of all sorts of emotions. Beating England, in England, it’s definitely history.”

And though his side go into the final as long as 9/1 to lift the Paul Barrière trophy, Sao believes the team's unity will help them plant the Samoan flag on top of the world.

“There’s a brotherhood in this camp and it builds, stronger and stronger,” he said.

“It's shown in how we have rallied to come this far since that first game against England.

“Sometimes I sit there and I can’t believe we’re one of the last two teams. I have to pinch myself.”