Matt Parish's side rebound from defeat in tournament opener 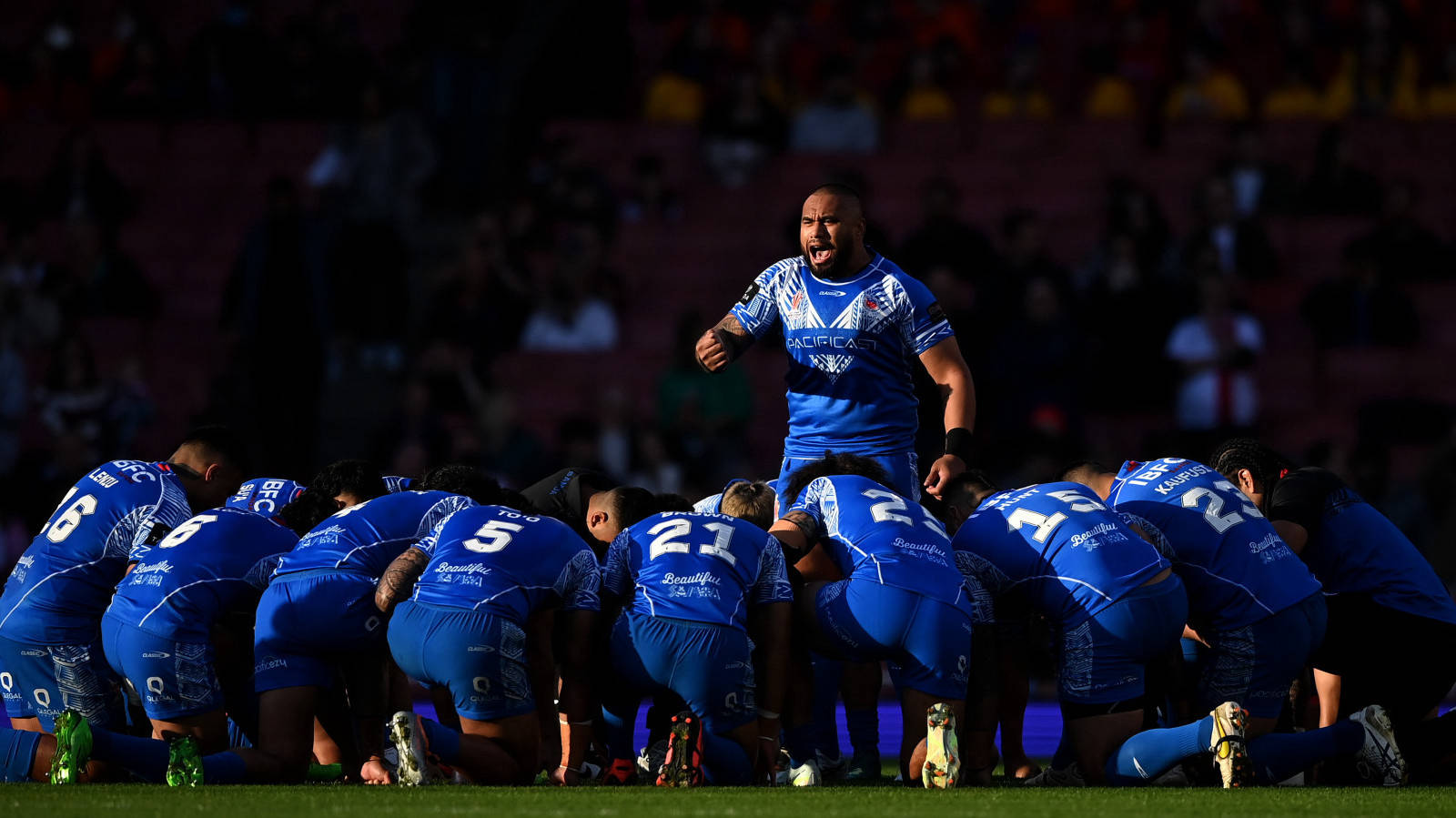 Matt Parish's side rebound from defeat in tournament opener

As Samoa trudged off the pitch after the opening game at St James’ Park, resoundingly beaten 60-6 by hosts England, few would have predicted they would be preparing for the final one month later.

The opener in Newcastle had been billed as a heavyweight battle between the hosts, perennial semi-finalists, and one of the up-and-coming nations, real challengers for the first time.

Ten England tries later, and such illusions were seemingly shattered as the Pacific Islanders were brought back down to earth on Tyneside.

Yet fast-forward a month, and it was English dreams of a World Cup victory on home soil that had been unceremoniously torn apart by a rejuvenated Samoa, with Stephen Crichton’s drop goal the most dramatic of endings to the most remarkable of redemptions.

It sealed one of sport’s finest comeback stories, Samoa exacting revenge against the side that had embarrassed them just four weeks previous on their own patch, and there is still a chance to write one final chapter in Saturday’s final.

The opening game of the tournament could hardly have gone worse for Samoa.

What was meant to be their chance to announce themselves amongst the title contenders - with a team packed with NRL Grand Final stars - turned into the stuff of nightmares, as England ran in try after try at the football home of Newcastle United.

A lesser team could have been thrown off by such a disastrous start, looked inward with self-doubt about whether their tag as contenders was misplaced.

But Samoa bounced back in style with a 72-4 victory over Greece in their second group match to get their campaign back on track.

Ten tries conceded turned into 13 scored as Tao Samoa showed exactly why many had tipped them for a tilt at the title.

And their bounce back continued with a 62-4 win over France to seal second place in Group A behind England and set up a crunch quarter-final with neighbours Tonga.

Mate Ma’a Tonga reached the semi-finals in 2017 after victories over New Zealand and Samoa and arrived in Warrington having topped Group D ahead of Papua New Guinea.

An enthralling encounter more than lived up to its pre-match hype, as an end-to-end affair concluded with just two points in it, Samoa eking through 20-18 thanks to the steady boot of Crichton.

This was Samoa back to their best, power and precision brought seamlessly together and a far cry from their opening day showing.

Anthony Milford put on a clinic to dictate the pulsating proceedings as Samoa built a narrow 12-10 lead at the break before edging through despite Sione Katoa’s late try setting up a grandstand finish.

Date with their demons

It meant a date with their demons awaited in the semi-final, as England lay in wait for a chance to reach a first-ever Rugby League World Cup final.

Yet if the previous defeat was weighing heavy, there were no signs as Samoa put on a real show at the Emirates Stadium, proving their time on Tyneside was a one-off.

This was rugby league at its very best, both sides going toe-to-toe, try for try with a place in the final on the line.

As Crichton intercepted Victor Radley’s pass and went over the whitewash, it looked like Samoa had completed one of the very best comebacks, only for Herbie Farnworth to level with just three minutes remaining and send the game to extra time.

But there was one final twist, with Crichton’s drop goal securing Samoa the golden point, simultaneously sending Samoa into raptures and etching one of the most iconic moments in Rugby League World Cup history.

The chance now awaits to seal what would be one of the most unexpected triumphs a month ago.