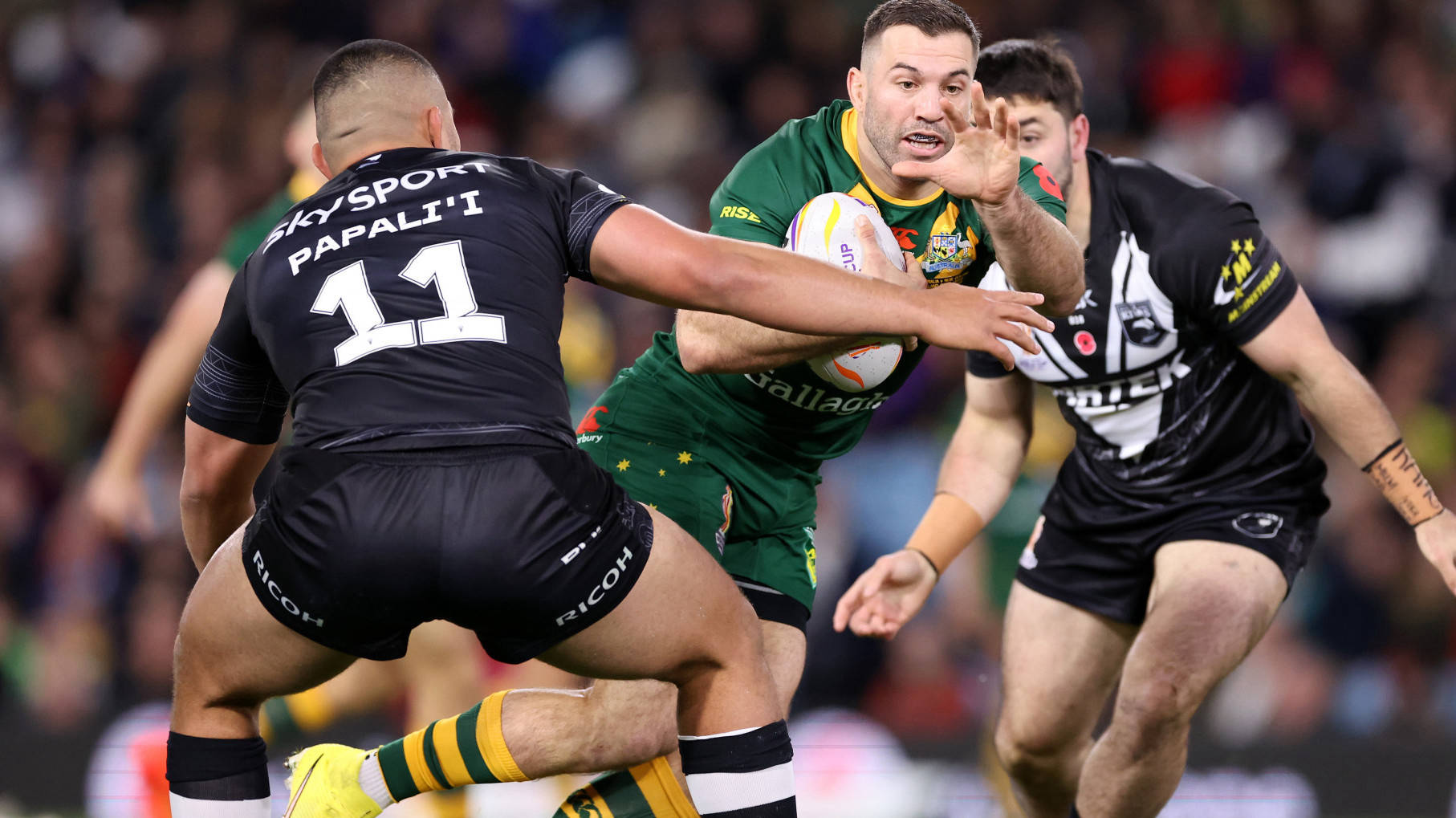 Mal Meninga’s Australia have been imperious at this Rugby League World Cup and are now one win away from a 12th title.

Worries that the Kangaroos would be rusty after a 1,000 plus day absence from the international stage were ruthlessly swatted aside right from day one in Group B.

Their 42-8 victory over Fiji had plenty of positives, Josh Addo-Carr's double helping put his State of Origin omission behind him and an impressive debut from Angus Crichton.

Semi Valemei’s early try woke them from their slumber and a team littered with newcomers soon gelled, with the partnership of Latrell Mitchell and Cameron Munster on the left edge looking very ominous.

Overall, Australia were good - they only missed five tackles in the game - but not flawless, 15 errors is a stat they knew they needed to tidy up for future matches.

Australia off to a flier against Fiji

Heading into their clash with Scotland, the defending champions were overwhelming favourites and they justified that tag with an awesome display on a drizzly Friday night.

You might think given the lopsided scoreline that it was Australia’s dazzling attack that dominated proceedings at the Coventry Building Society Arena.

However, it was the unrelenting defence that set the tone from the off, with Scotland drowning under Kangaroos pressure.

The Bravehearts struggled to get out of their own half with so little possession and only mustered their first play the ball in Australia’s 20 with 30 seconds to go.

Kangaroos too good against the Azzurri

Meninga could take different positives from each of his three group wins but the big plus from their win over Italy at St Helens was the performance of his forwards.

Jeremiah Nanai was the youngest of the uncapped Kangaroos named for this tour but the 19-year old Cowboys back-rower produced a Cazoo Player of the Match performance, capped off by a late try.

Cameron Murray and Liam Martin also shone in the starting pack while when Titans powerhouse Tino Fa'asuamaleaui was introduced off the bench, contributing 126 rampaging metres in double-quick time.

With 13 uncapped players in his squad, gelling the team was always going to be Meninga's big challenge and his rotation policy was rewarded with three big group wins.

Meninga’s side then swatted aside Lebanon 48-4 to reach the semi-finals.

Kiwis beaten in an instant classic at Elland Road

Those one-sided wins were followed by an all-time classic of a semi-final as Australia beat New Zealand 16-14 in a match for the ages, ensuring they will play for a third straight title.

Tries from Addo-Carr, Holmes and Murray were enough to get the edge on Michael Maguire’s side who went over through Jahrome Hughes and Dylan Brown but fell short by the barest of margins.