France lifted the European Cup for the first time in a decade. 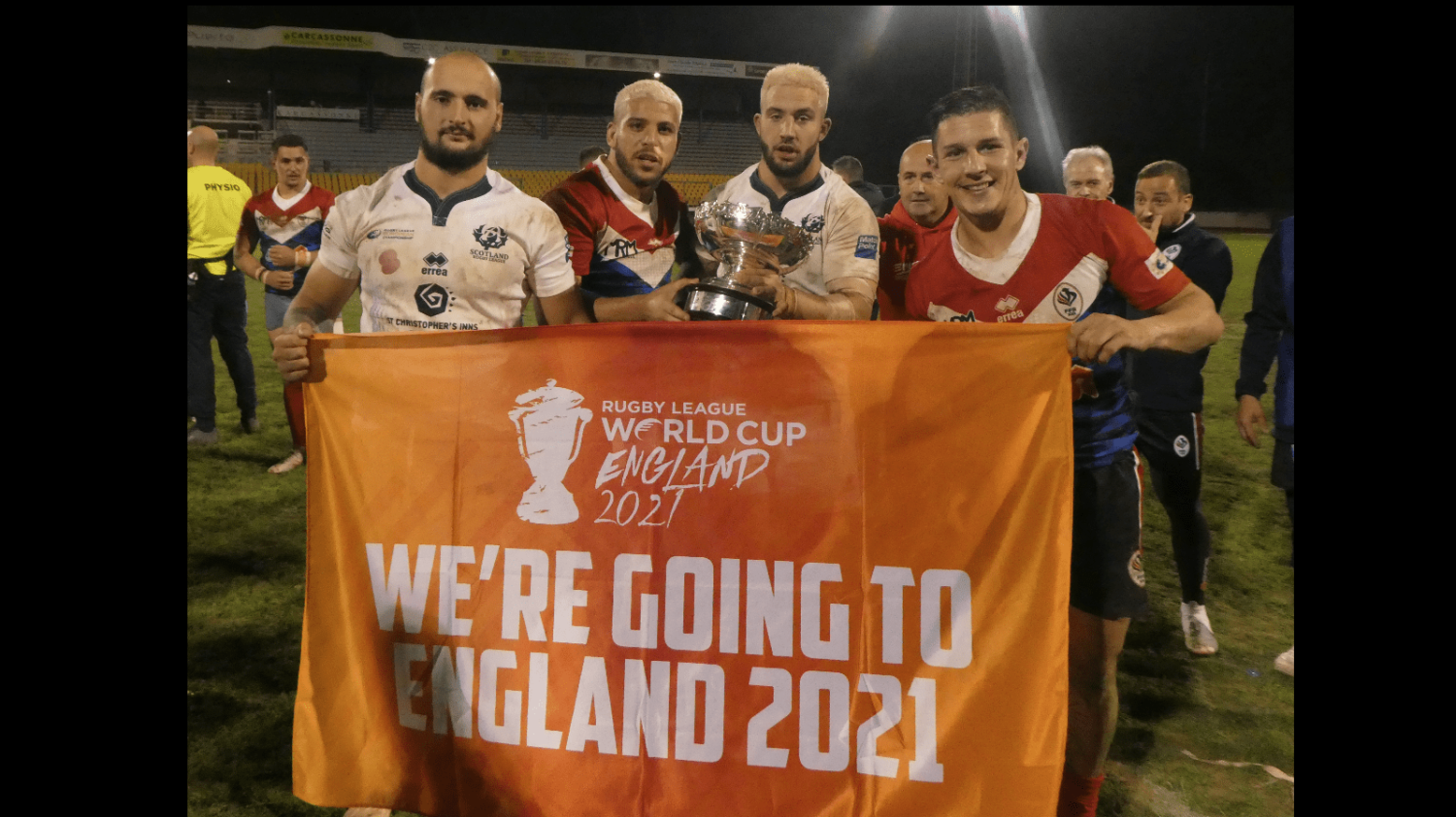 France lifted the European Cup for the first time in a decade.

A week of immense pride for French rugby league concluded fittingly on Saturday night when a Morgan Escare-led Les Chanticleers lifted the European Cup for the first time in a decade.

A week before, France has qualified for the tournament they invented, the World Cup, by downing Ireland in Dublin. On Friday, their symbol - the cockerel - was restored to the top of the Coupe De Monde trophy itself.

And on Saturday, Wigan’s Escare scored 20 points from two tries and six goals from as many attempts in a 28-10 win over a brave Scotland before an enthusiastic crowd at Carcassonne’s iconic State Albert Domec.

“Very proud - they’ve done a great job over the last three weeks, after an unbeaten European Cup campaign.It was very important for French rugby league to win this competition. We started well against Wales, we had a very tough trip to Ireland and we finished well against a Scotland team that played very, very hard with a lot of passion.” said coach Aurelian Cologini

With veteran prop Oliver Wilkes making his 500th professional appearance on the same night as three young Bravehearts received their debut caps, Scotland dominated early exchanges and were unlucky not to score first.

It was 0-0 until the 16th minute, when Scotland were penalised in possession, under their own posts. Escare’s goal was followed four minutes later by a weaving run that brought the opening touchdown for halfback Theo Fages.

But Bravehearts winger Davey Dixon dived over spectacularly in the right corner at 26 minutes an even though Escare posted his first try after a Franky Mariano error five minutes short of the break, the visitors were well in the game at 14-4 down.

A late challenge on Braveheart Ryan Brierley by France hooker Alrix de Costa 44 minutes after halftime lifted the temperature of proceedings, with Scotland coaches Chris Chester and John Duffy rushing to the sidelines.

Brierley admitted afterwards he had been playing with a pain-killing injection in a shoulder injury and had aggravated it. But Escare added another penalty in the 47th minute and his second try settled the result, before Scotland five-eighth Matt Hogg made the scoreline more reflective of the contest with a try that was well received by his fired-up team-mates and the staff on the sideline. Winless in the tournament, Scotland must now survive a repechage next year.

“I thought that epitomised Scotland Rugby League, that performance today, we gave in last week against Wales. We needed a reaction and we got that reaction tonight. Super proud of the lads’ performance.We knew straight from the get-go it was men against boys but there are a lot of good young kids playing Scotland Rugby League and they’ll learn from that experience tonight.” said coach Chris Chester.