What are the teams for Australia v Samoa in the men’s Rugby League World Cup final? 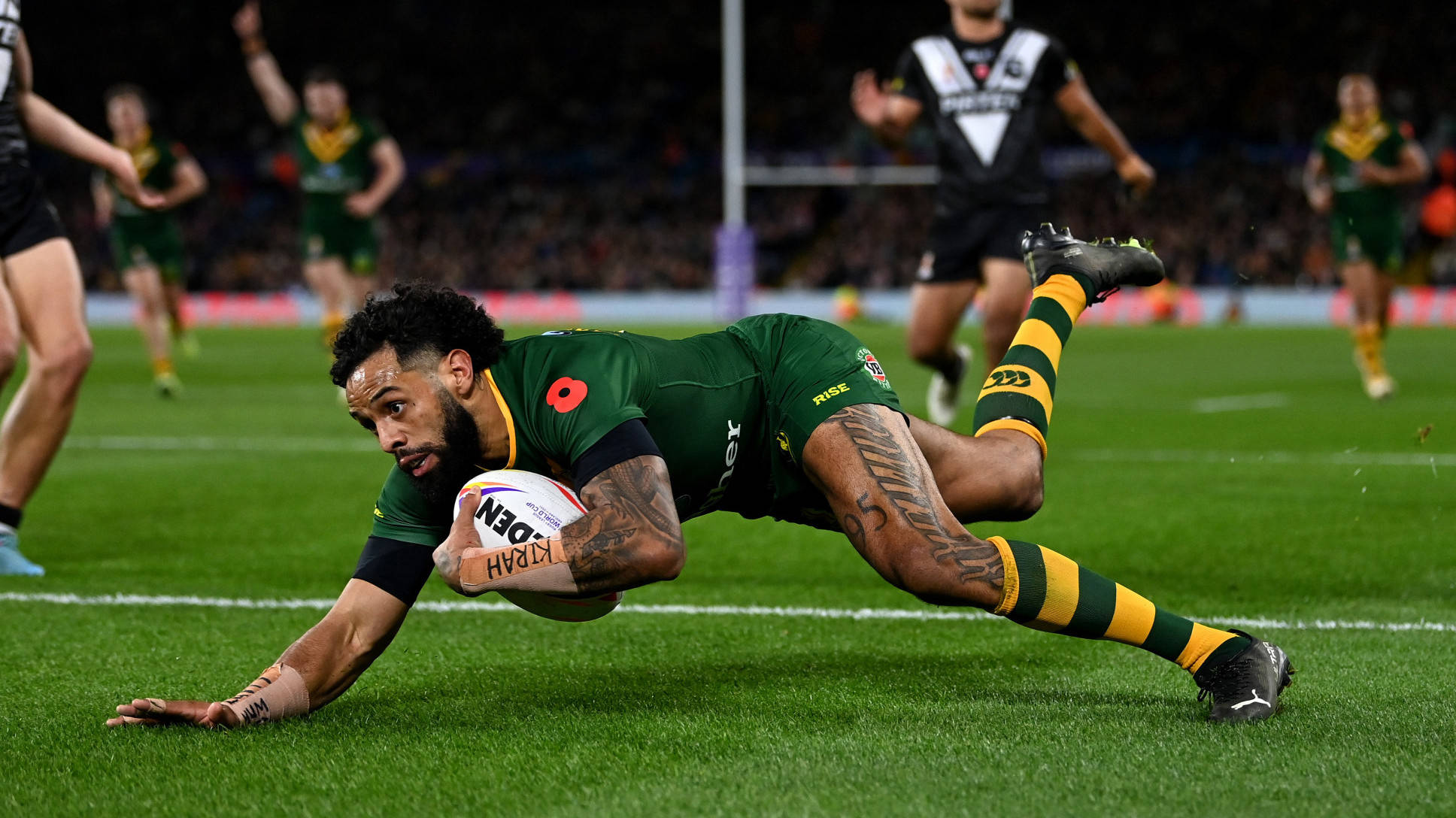 What are the teams for Australia v Samoa in the men’s Rugby League World Cup final?

The Kangaroos continued their run of never having lost a semi-final with a thrilling 16-14 last-four victory over New Zealand and understandably Meninga has kept faith with those who came through that battle in green and gold.

Australia have won the men’s Rugby League World Cup 11 times previously, more than three times as many as any other team as well as finishing runners-up on three occasions, while Samoa will be looking to clinch the tournament for the first time – they would be just the fourth nation ever to do so (Australia, Great Britain, New Zealand).

Daly Cherry-Evans is named in the 19 but the experienced scrum-half is set to miss out on the final 17 for Old Trafford as he did against the Kiwis, despite winning the 2013 World Cup at the same venue, with Nathan Cleary handed the keys to the team at half-back.

Matt Parish has made one change from the 27-26 victory over England with Connelly Lemuelu coming into the squad to replace the injured Fa’manu Brown.

Chanel Harris-Tavita will start at hooker in his final game before retiring to pursue his passion for travel and writing.

Samoa are depleted at dummy-half after Danny Levi had to return Down Under for a family emergency and Brown was knocked out in the win over England on Saturday.

Australia and Samoa will meet in men’s internationals for the fourth time and the first since Australia logged a 46-0 win over Samoa at the 2017 Rugby League World Cup; in fact, the Kangaroos have won all three previous games against Samoa by an average margin of 43 points per game.

Samoa will be looking to become the first team to concede 30+ points in a game at a men’s Rugby League World Cup and go on to win the tournament after they were defeated 60-6 by England in Round 1 of the 2021 edition.

Australia have won their last 18 consecutive men’s Rugby League World Cup games in England by an average margin of 45 points per game; their last defeat in such a fixture came in October 1995 against England (20-16).

Samoa have won their last four men’s internationals in succession; the last and only previous time they won more successive games was a 15-game stretch from October 1990 to November 1994.