What are the teams for the women's Rugby League World Cup final? 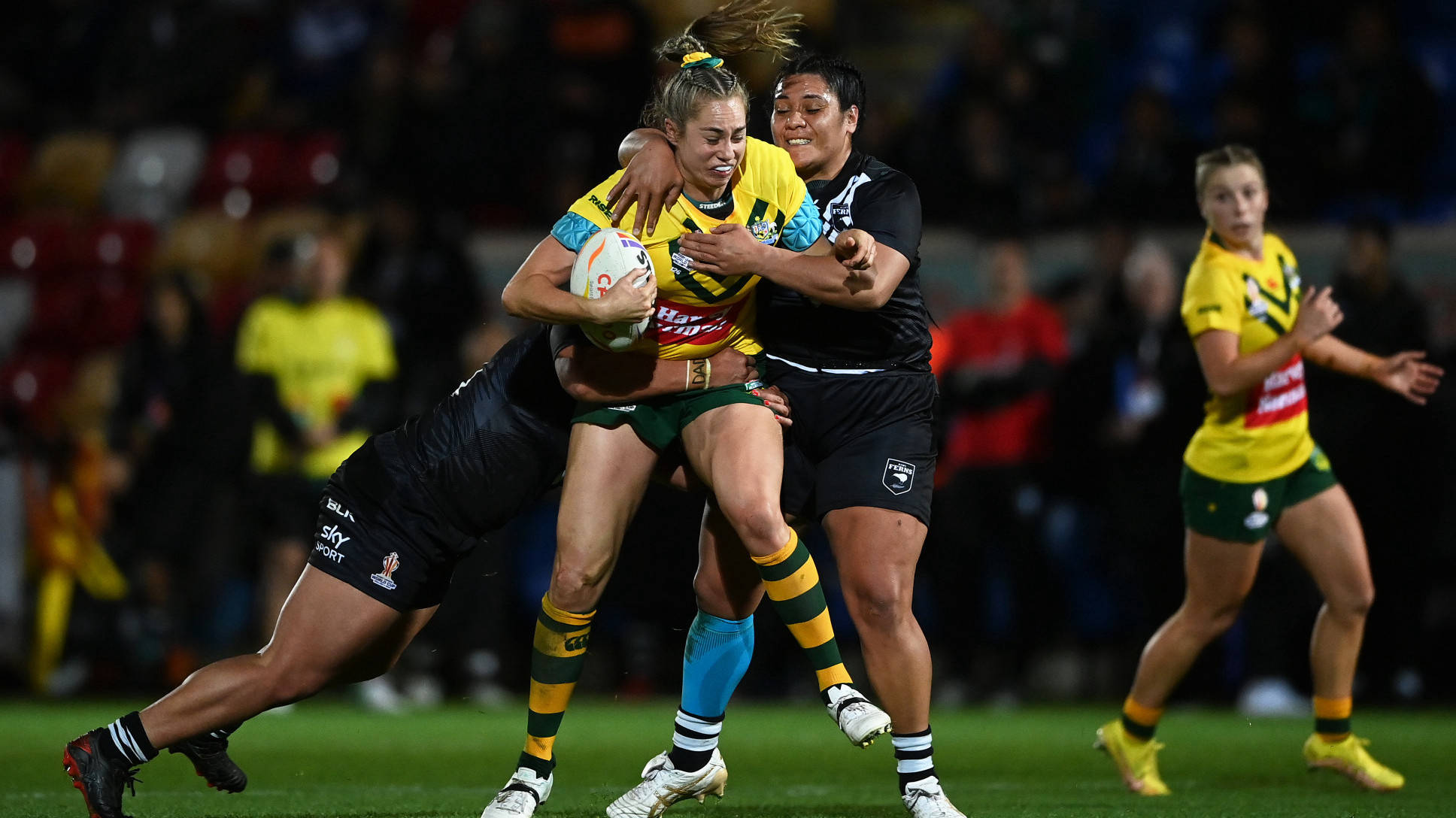 What are the teams for the women's Rugby League World Cup final?

For the fourth women’s Rugby League World Cup in a row, Australia and New Zealand will battle it out in the final for the right to lift the trophy.

The Kiwi Ferns were successful in 2008 but the Jillaroos took the honours in 2013 and 2017, leaving Australia going for a third consecutive World Cup crown when they kick off Saturday’s double header at Old Trafford.

Brad Donald has tweaked his squad which triumphed in the semi-final against Papua New Guinea, with the likes of Sam Bremner, Jess Sergis, Ali Brigginshaw and Kezie Apps all coming back into the starting side.

For New Zealand, Autumn-Rain Stephens Daly makes her return as starting winger outside of centre Mele Hufanga who received Player of the Match at Monday night’s 20-6 semi-final win over England.

RLWC Golden Boot winner Raecene McGregor will start in the halves alongside Abigail Roache while the rest of Ricky Henry’s side remains unchanged.

Australia have won their last five consecutive women’s Tests against New Zealand, including a 10-8 win in Round 3 of the 2021 women’s Rugby League World Cup. They had won only four of their 20 meetings prior to that five-game winning run.

New Zealand (three times) and Australia (twice) are the only teams to have ever won the women’s Rugby League World Cup, with the Kiwi Ferns the only team to have reached the final of every single edition of the tournament.

Australia have won their last 10 consecutive games at the women’s Rugby League World Cup. Their last defeat came in the 2013 group stage against New Zealand (14-6). Only once in the history of the tournament has any team enjoyed a longer winning run, New Zealand’s 18-game stretch between 2000 and 2013.

New Zealand have won five of their last six women’s Tests after having won only one of their previous four. Every one of their eight Test defeats since their inaugural game in 1995 have come at the hands of Australia.