What are the teams for the wheelchair Rugby League World Cup final? 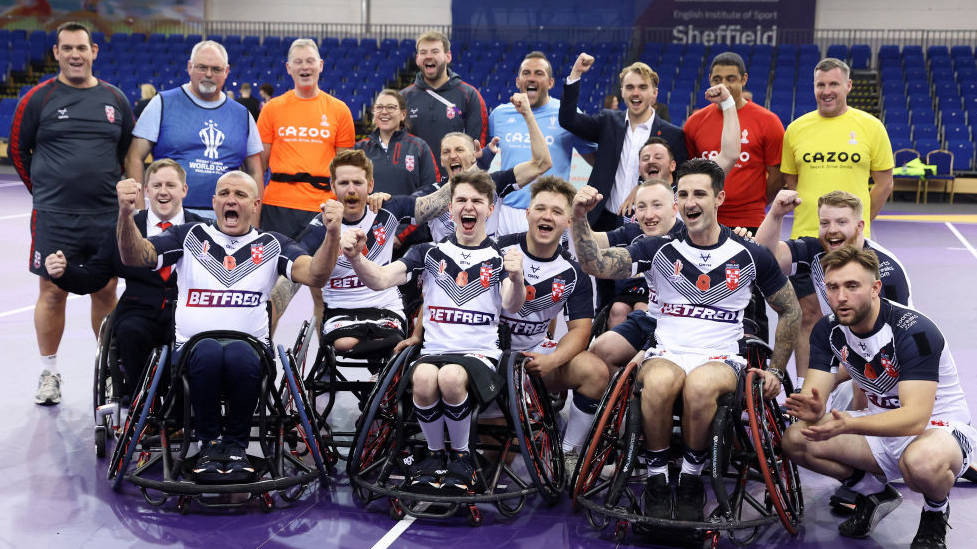 What are the teams for the wheelchair Rugby League World Cup final?

England and France have named their squads for the wheelchair Rugby League World Cup 2021 final on Friday night.

Both sides have racked up no shortage of points on their way to the showpiece, England putting 125 past Wales in the last four while France beat Australia 84-40 in their semi-final.

It is all set up for a pulsating encounter at Manchester Central as both sides battle it out to be the first to lift a World Cup trophy across a packed weekend.

This is the third successive wheelchair World Cup which has culminated in a final between England and France.

Those results have left England going into the latest encounter looking to lift the World Cup for the first time since 2008, when they beat Australia in the final.

One – or more – of three players on display will end the tournament in the history books. Mostefa Abbasi’s four tries against Australia took his tally to 16, the most scored by a single player in a World Cup – beating Jack Brown’s haul of 15 in 2017. But Brown and Jérémy Bourson sit just one behind going into the showpiece, leaving the honour up for grabs going into the final.

England go into the match in flying form, having racked up three figures in each of their last three matches.

France are also no stranger to bringing up a century, having done so twice in this tournament, though they have conceded more points than their opponents – 67 to England’s 42.