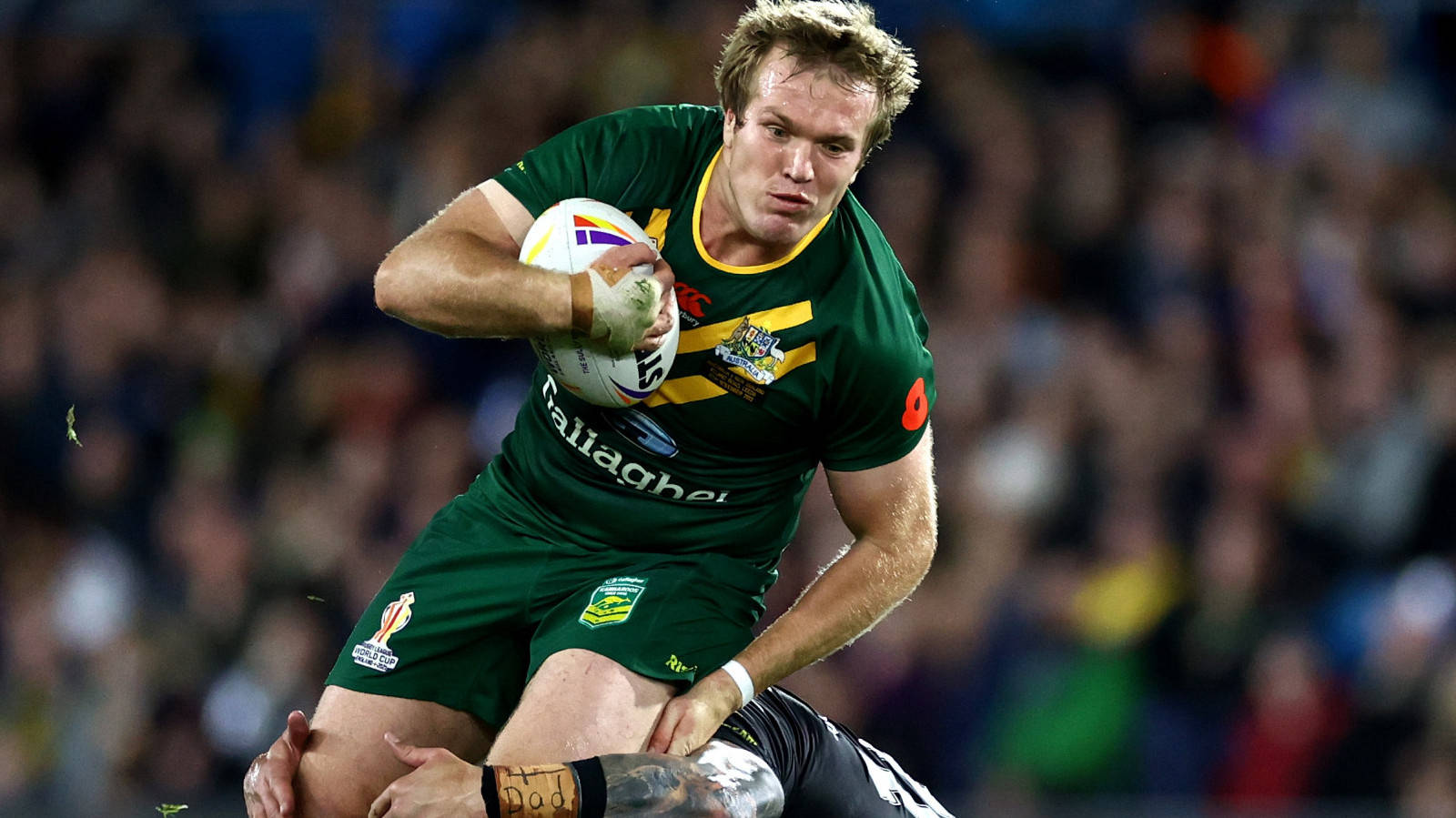 Jake Trbojevic has patiently waited five years for his Rugby League World Cup happy ending and has no intention of Samoa upsetting his best-laid plans.

Trbojevic was part of the Kangaroos squad in 2017 but tore a pectoral muscle in their opening game against England in Melbourne, watching their successful run to the final from back home in Sydney.

However, the Manly prop been an integral part of Mal Meninga's team in England, winning the bruising battle of the forwards that set the tone for Australia's dramatic semi-final win over New Zealand in Leeds.

"That last World Cup is what it is, in many ways I was just happy to be in the squad that year," he said. "Hopefully I can have my moment this Saturday.

"It's the biggest game of my career and while I'm not much of a football fan, I'm looking forward to playing at Old Trafford with all its history.

“I try not to get too nervous, but I am pretty nervous about this one. The plan is to enjoy the week and stay in the moment. It's tough but if I don't think about it too much, by game time I'll be ready to go. You can't play the game in your head before you get there."

Trbojevic is trying to avoid the big match build-up this week with a couple of rounds of golf but wherever he turns, a reminder of the Samoan challenge isn't far away.

Meninga and captain James Tedesco have created a strong team spirit since their arrival in England, knowing when to turn up the intensity but also giving players the space they need to decompress.

Some players have watched every game in a month long festival of rugby league, others have tried not to immerse themselves too deeply, living that cliched sport's psychologists mantra of 'controlling the controllables'.

However, what Trbojevic has seen of Samoa, especially in their recent wins over Tonga and England, has left him under no illusions about the Old Trafford challenge - a task likely to be made harder by the forecast inclement weather.

“They’ve got a lot of quality players. Early on in the tournament they were tipped really well and they’ve lived up to those expectations," he said.

"You've got NRL Premiership experience and that will hold them in good stead. You saw against England that when the big moments came, they didn't get overawed.

“They’re all so passionate. You see the way they represent their country and how proud they were at the end of the last game. It’s going to be tough but I believe we can get the job done."