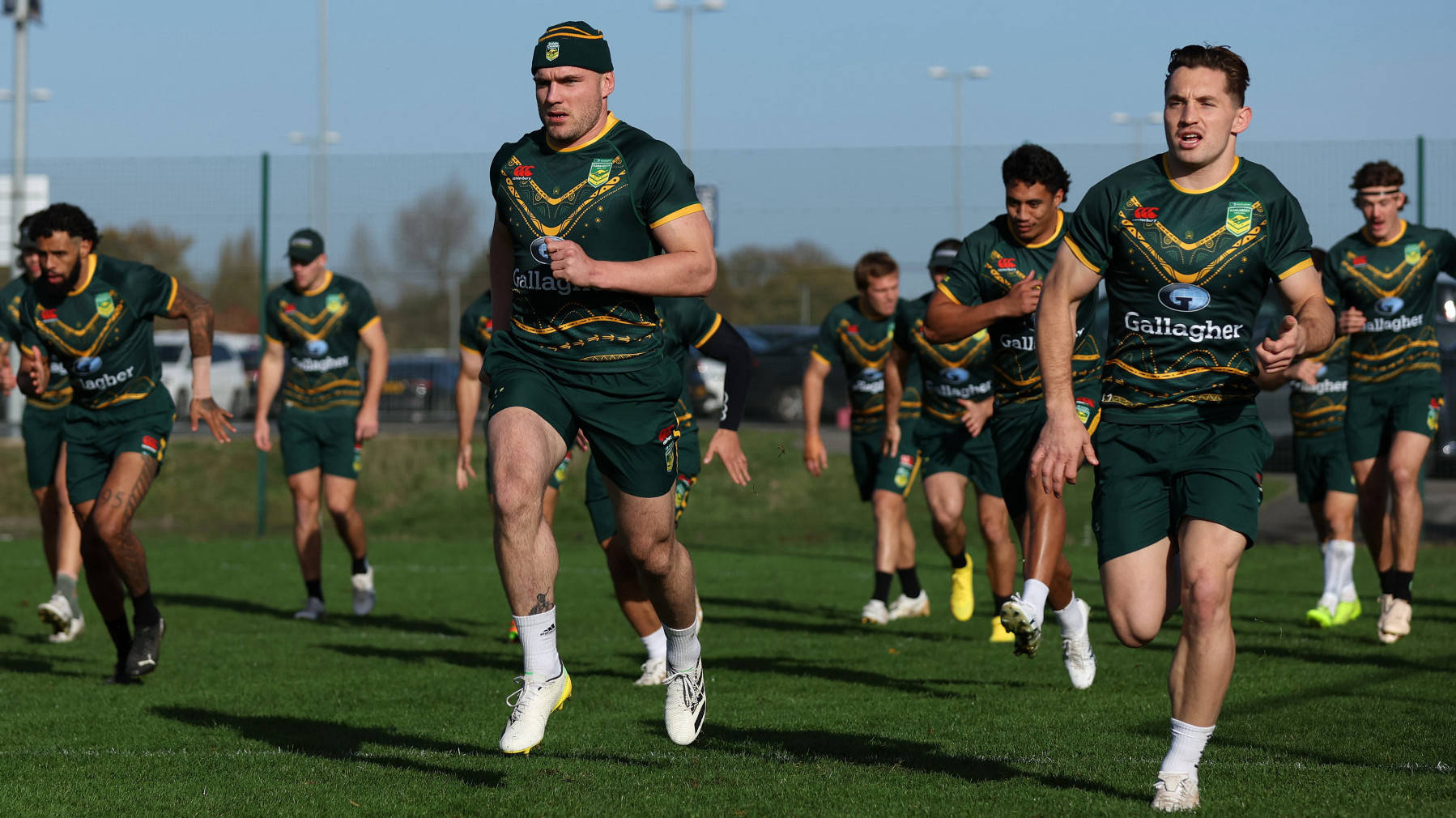 Angus Crichton has backed Roosters team-mate Joseph Suaalii not to wilt in the simmering furnace of the Rugby League World Cup final.

The Kangaroos second row has seen first-hand what Samoa’s teenage sensation is capable of producing for their club side, despite just completing his first full season of NRL footy.

He certainly wasn’t fazed by the big occasion of last weekend’s dramatic semi-final with hosts England in London and Crichton is predicting more of the same at Old Trafford.

“He’s an animal but we know what their threats are and we’re ready to go,” he said.

“In my time in the sport I’ve never seen a kid like Joseph, he’s a quality player and a quality person too.

“As soon as he steps over that white line he’s a savage and that’s what I like about him. It’s my first time playing against Joey so it should be good.

“I’ve never seen a 19-year-old who does that kind of thing in my whole career so he’s a special kid, a special talent.

“I’d say Joseph is the man he is today from his own work. I’ve never seen a kid with a head on his shoulders that works that hard. I’ve also got to say that probably the Roosters got the best out of him as well. I think he’d say that if you asked him. He’s a smart kid, works hard and is a classic player.”

Crichton - who racked up an impressive tackle count in the semi-final epic against New Zealand - admitted they were a few banged up bodies after the Kiwis encounter, though coach Mal Meninga has a full-strength squad for this final showdown.

And it’s not just Suaalii that will provide the danger for the Roos, with Crichton highlighting Jarome Luai - the best on ground against England - and talismanic captain Junior Paulo as their biggest threats.

Most observers expected this final to pitch old rivals England and Australia into battle but Crichton is not surprised by Samoa’s rapid improvement since they lost their opening group games to the hosts 60-6 in Newcastle.

“After that first game where England smoked them, I knew that they weren’t at their best," he said. "I’m not surprised they are in the final because there’s danger all over the park. They’re a dangerous team.

“It’s clear to see how well they move the ball and you see the guys they’ve got in their team.

“They’re all hungry so I wasn’t surprised when they came back and beat England for the second time because they knew they had a chip on their shoulder and as an athlete you never want to underestimate any opposition.

“I also think it’s cool what they’re doing for their country and for their people. I love how proud they are of their heritage and how they represent their culture.”