Harris-Tavita hopes to bow out on a high 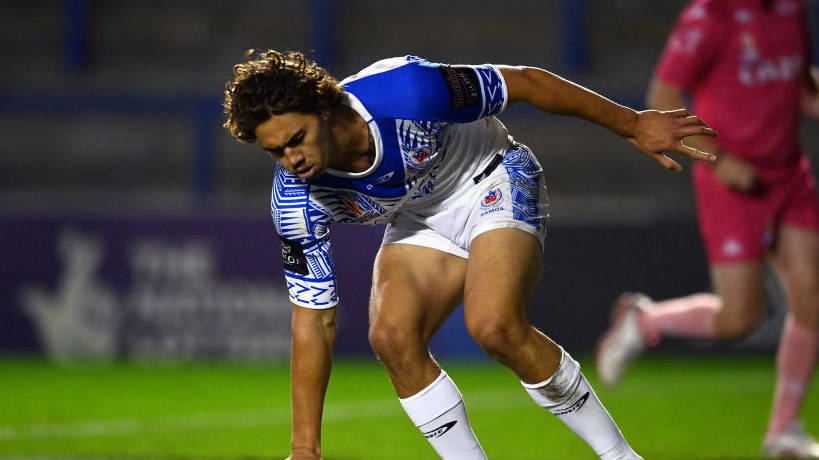 Harris-Tavita hopes to bow out on a high

Chanel Harris-Tavita is adamant that Samoa’s Rugby League World Cup final showdown with Australia will be his final appearance in the sport – despite being only 23 years old.

The Samoan star announced his decision to retire in May, declaring that his heart was no longer in the sport, though that has not stopped him playing a key role in helping his country to their first ever World Cup final.

The New Zealand-born half has not ruled out a return at some point but maintains that his future lies elsewhere, having previously stated that he wishes to pursue a career in writing.

“It’s been hard for me to make this decision because there is obviously a lot of money in this game, but it’s a short career,” he said.

“It was actually after I ruptured my testicle (against Melbourne in April) I spent a bit of time on myself thinking, contemplating my next contract and I thought the decision I made was the best decision for me moving forward.

“It’s just an honest decision. I don’t feel like I want to keep playing so I’m trying something else and people are being really supportive – I can’t thank them enough for that.

“If I feel a deep desire to come back to the game and I feel like I can do more for the game, I’ll come back, but I’ll find something else that I like doing and I’ll keep doing that.

“It’s a decision I’m still continuing with and I’m enjoying the last of it.”

Reflecting on Samoa’s route to Saturday’s showpiece, Harris-Tavita feels there was a poetic justice to the way his team overcame the final hurdle on the road to Old Trafford.

Stephen Crichton’s late-gasp field goal broke English hearts in the semi-final, a feeling, and outcome, that Harris-Tavita knows all too well – his final NRL appearance ended in despair as his New Zealand Warriors side lost to an extra-time Gold Coast Titans field-goal in September.

But he is hoping for a happier ending to his international career this weekend and hopes the home crowd will be on Samoa's side when they bid for glory, and immortality, against red-hot favourites Australia.

“My last (NRL) game was at Mount Smart and we lost by a field goal. So it’s been a pretty full circle moment for me winning by a field goal in the semi, now potentially finishing up with a World Cup Grand Final,” he said.

“I’ve had a lot of fun in this camp. It’s good when you’re winning as well, which I’m not really used to! But it’s been good to string together a few wins and hopefully finish with one more.

“I hope the English fans are supporting us, there aren’t many Samoans over here, all our fans are marching in Australia and New Zealand and Samoa, so the more support we have over here the better.”