Radford believes Samoa will have English support in final 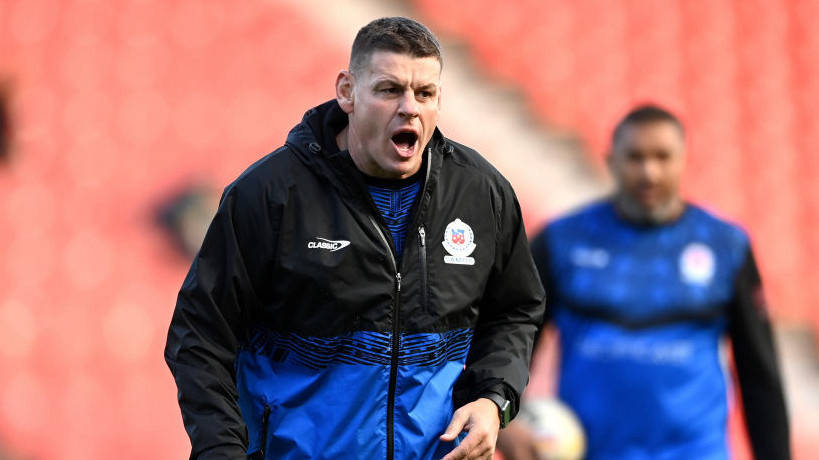 Radford believes Samoa will have English support in final

Samoa coach Lee Radford believes his team will have the backing of the English crowd in the men's Rugby League World Cup final on Saturday, declaring they are “pretty sick” of watching Australia triumph.

Radford, 43, was only named as assistant coach in September when Australian Andrew Webster pulled out but that late change has arguably been a blessing in disguise for Toa Samoa.

The former Hull FC boss helped mastermind Samoa’s semi-final victory over England, having coached and watched many of those he came up against at Emirates Stadium during his time as a coach in the Super League.

There were no divided loyalties for the five-cap England man in that 27-26 epic and he believes those in attendance at Old Trafford will be just as sure of their allegiance, rooting for the underdogs over the favourites and 11-time champions.

Asked whether the crowd will be on Samoa’s side, Radford said: "Definitely - and please don’t take this the wrong way, but we’re pretty sick of seeing Australia win it.

“I think what you will have on Saturday is a lot of local English support and hopefully this little nation in the Pacific can cause an upset.

“What’s in front of us is a team with probably five or six of the best players in the world in their position. So for us to get a result at the weekend we’ve got to be at our absolute best, our execution has got to be as good as it’s been throughout the competition.”

Samoa’s path to the final has been far from straightforward. Having finished behind England in the group stages, they beat Pacific Island foes and Pool D winners Tonga before a rematch with England which they edged courtesy of a Stephen Crichton golden-point drop goal.

Radford was hugely impressed with his side's response to their earlier defeat by the tournament hosts and said the squad’s energy, on and off the pitch, has been key to their turnaround.

“After the first game against England, the response was pretty unique,” he said.

“It took me by surprise how quickly we forgot about it. By the time we got on the bus, it was done and dusted so the response from that has been fantastic. We’ve grown as a group in every game since and hopefully we can peak on Saturday.

“The energy around them is fantastic and that’s seen in their delivery of performance, but also in and around the place as well.

“They can dance - they’ve got good dance moves for sure - but there’s just a bounce around them.”

And ahead of Radford's final game as Matt Parish’s assistant, he expressed his gratitude for the opportunity to work with such a fun and talented group of players.

“From the get-go in the hotel in Doncaster they’ve been telling me to get my shirt off and bust some shapes,” he said.

“It’s been pretty unique, I’ve loved it, absolutely loved it, loved being around them.

“Like I say their energy is infectious and I don’t think it’s any secret why Penrith (Panthers) have had the success they’ve had with these boys involved.”