Where the wheelchair Rugby League World Cup final will be won 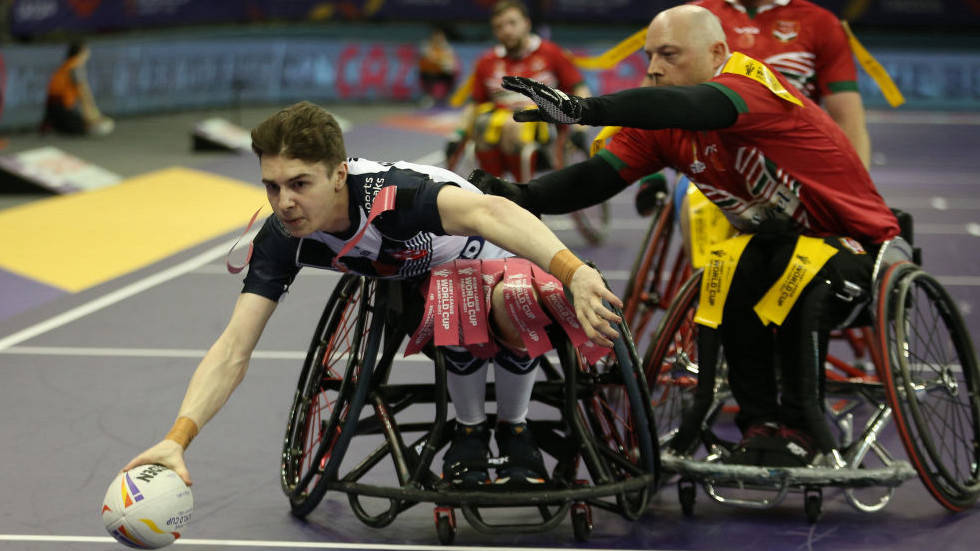 Where the wheelchair Rugby League World Cup final will be won

The two outstanding teams of the wheelchair Rugby League World Cup will fight it out for the trophy as hosts England face France on Friday night.

Both have cruised to this stage, racking up masses of points and brushing aside the opposition with all roads leading to Manchester Central.

France invented the game and will be looking to seal a hat-trick of World Cup titles but Tom Coyd’s side will have the home backing in what is set to be a blockbuster contest.

Here are five areas where the final could be decided.

Fast start for the win

The British public have fallen in love with wheelchair rugby league in this tournament with England against Australia in the opening double header at the Copper Box catching the eye in style on social media.

And while the tournament made a fast start, both teams will be looking to do the same to exert pressure on the opposition from the off on Friday.

While it should be noted that the wheelchair version of the game lends itself to comebacks with the ability to score quick points, it also means sides can get on a roll and never be reeled in.

Both England and France have blitzed opponents in the first 20 minutes and have already been well out of sight come half-time.

However, there should be no sign of a blow-out in this showpiece, with England having lost the last two finals to Les Chanticleers by just four points, so whoever can take the early initiative will stand a good chance of finishing on top.

The wheelchair rugby league tournament is prime hunting ground for individuals to come to the fore given the large number of tries that are scored.

And England’s Jack Brown has certainly taken his opportunity, scoring eight tries in their semi-final win over Wales to cement his place as the wheelchair Rugby League World Cup’s record scorer with 52 overall and 15 in this tournament so far.

France have done their fair share of try-scoring too, kicking off their campaign in style by beating Wales 154-6.

Mostefa Abassi is one ahead of Brown with 16 for the tournament while Jeremy Bourson is level on 15 after a stunning campaign, while Lionel Alazard’s goalkicking is a serious weapon with 29 successful shots at goal up to now.

Perhaps whoever wins the individual battle for top try-scorer will also strike the crucial team blow.

Mostefa Abbasi has been in clinical form during the World Cup so far, crossing 16 times (Getty Images for Rugby League World Cup)

Support key when fatigue kicks in

Such is the high-octane nature of this sport that all players start to fatigue towards the closing stages.

However, England will have the significant advantage of a boisterous home crowd roaring on their every move.

With England’s women following the men out at the semi-final stage, the passionate rugby league hosts only have one shot at glory this weekend and you can bet your bottom dollar they will raise the roof to get their side over the line.

France have had so much joy from the kick in behind and mass chase, so England may need to utilise a sweeper to nullify the threat.

Bourson has countless times swarmed through the opposing line, scooped up the ball using his large frame and steamed in unchallenged to pick up yet another France try.

Alazard’s kicking game is always something to watch out for and England coach Tom Coyd will have done his homework.

Time for a change?

No great team carries on forever.

France have for so long been the pioneers of this amazing, fully inclusive sport but could it now be England's time to shine.

Many prefer to be the hunter rather than the hunted - could the burning desire of Tom Halliwell's men to reach their Everest outweigh France's desire to stay on the summit?

Only time will tell, but one thing is for sure, whoever wants it more on the day and can channel that into their performance is likely to emerge the victor.