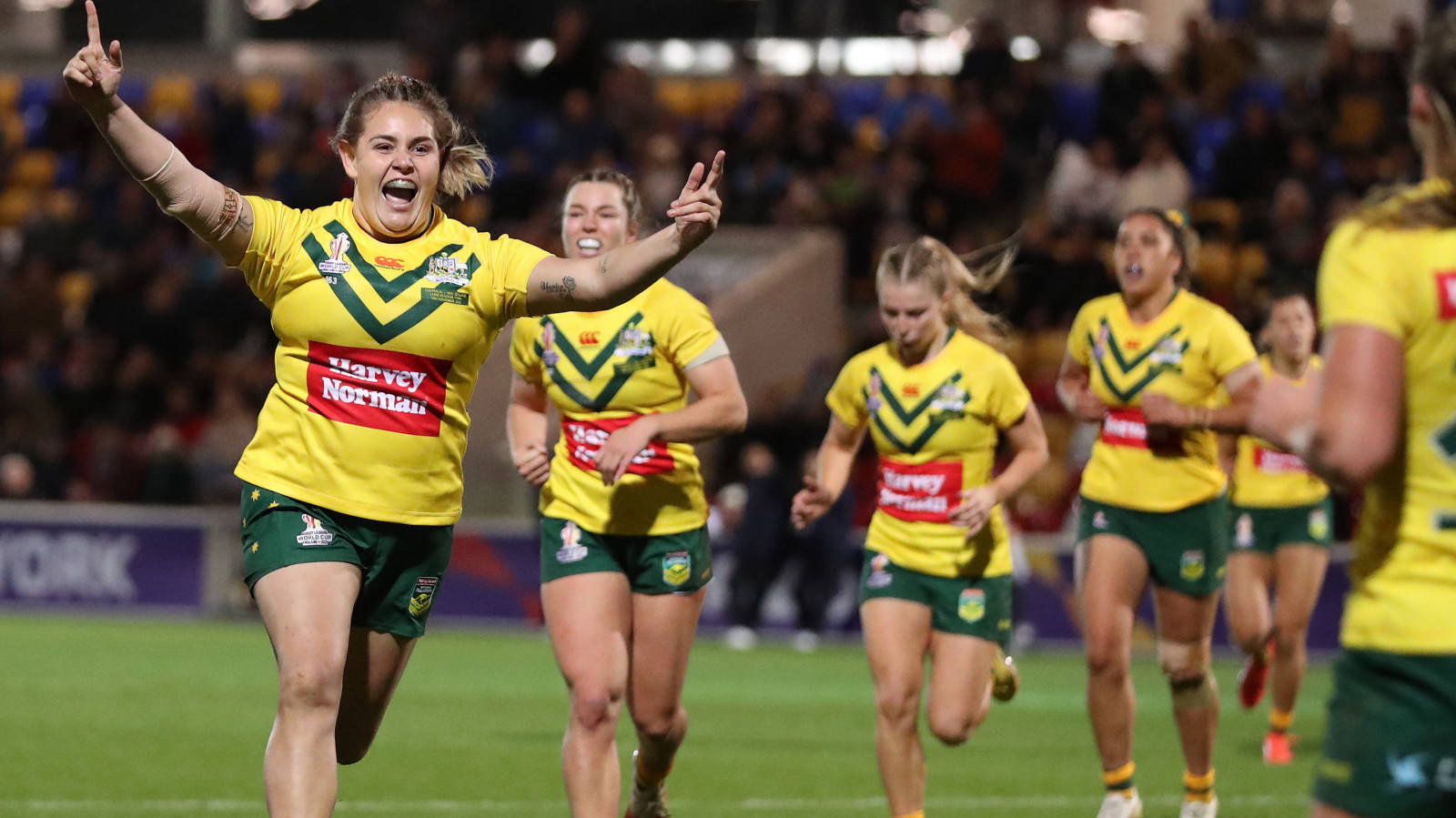 If you could map out your dream route to any final, it would look something like Australia’s romp to the Rugby League World Cup showpiece on Saturday.

258 points scored, just two tries conceded, and four wins from four ahead of a titanic final against rivals New Zealand.

It means the Jillaroos are just one game away from an historic third title in a row – the first two being settled by final victories over the Kiwi Ferns.

While much of Australia's tournament has been plain-sailing, the final at Old Trafford will be anything but.

The Kiwi Ferns are the only side to have come close to laying a glove on the reigning champions in their 10-8 group-stage defeat.

It sets up a mouth-watering final on Saturday, with Australia one win away from greatness – here’s how they made it that far.

The prize was more than progression as Australia made it three from three in the group stage with their narrow win over New Zealand.

Wins over Cook Islands and France came comfortably for the Jillaroos, a combined 166 points scored to zero conceded proof that this was not a real test of the world champions.

It set up the expected decider with the Kiwi Ferns in their final group match. With both sides guaranteed a spot in the semi-finals, it was top spot that was at stake.

If Australia hadn’t been tested before, they had been by the time they squeezed through 10-8 in York.

Two tries apiece – the first time Australia’s defence had been breached – meant it was Ali Brigginshaw’s boot that was the ultimate decider in a game with the finest of margins.

It would eventually prove to be a dry run for the final, but with victory Australia had landed the first blow and a semi-final against Papua New Guinea.

After a strong group stage, a place in the final would be decided with a clash against Papua New Guinea.

The PNG Orchids had never reached a semi-final before, their previous sole Rugby World Cup appearance ending at the group stage five years ago.

But victories over Brazil and Canada, alongside defeat to England, had earned them a chance to stun the Jillaroos.

Australia were simply too strong despite a bright start from the debutant semi-finalists. Emma Tonegato pulled the strings for the Jillaroos as they ran out 82-0 winners, as Tonegato and Isabelle Kelly both dotted down hat-tricks.

It meant a fourth-consecutive final and a chance to make it three world crowns in a row – but New Zealand await to exact revenge on Saturday.