Hall looks to turn the tables on Jillaroos

Kiwi Ferns star out for revenge against Australia in final 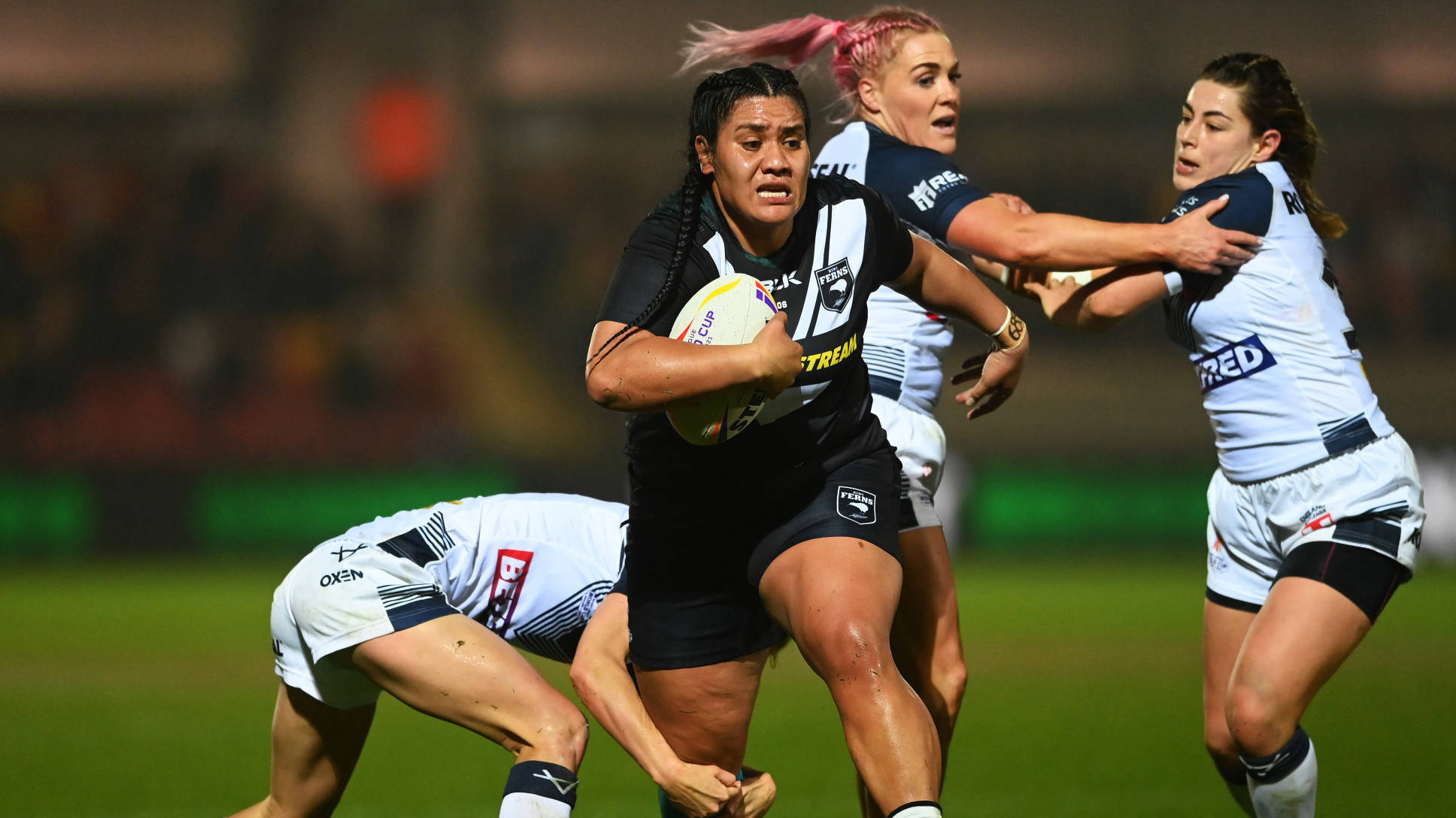 Hall looks to turn the tables on Jillaroos

Kiwi Ferns star out for revenge against Australia in final

Amber-Paris Hall is under no illusions that taking down Australia in a World Cup final is going to be easy.

Kiwi Fern Hall will lock horns with her Brisbane Broncos teammates once more in the Theatre of Dreams, as the likes of Ali Brigginshaw, Tarryn Aiken and Julia Robinson are set to take to the pitch for Australia.

The two finalists have already gone head-to-head this tournament, with the Jillaroos narrowly coming out on top in an epic 10-8 battle at York.

And Hall knows that her clubmates will yet again provide a formidable challenge on Saturday but is hoping New Zealand's new-found confidence can reverse the outcome this time round.

"Our next game was never promised so I had to put Australia out of my mind until now," said Hall following their semi-final victory over England.

"But I know a couple of girls on that Australia side so it should be another really good game. We will see how it goes, do recovery and game prep when we get there.

"After our last game with them, we obviously drew a lot of confidence from that but we know it will be a new and different game this time round.

"It would be great to lift that trophy but we will see, it will be tough.

"York's been so good for us and we didn't want to go home to New Zealand straight away, we obviously wanted to get to Manchester.

"We don't know what it will be like over there but we're excited. It's the last week in England for us."

Hall has created a dazzlingly dynamic partnership with forward Mele Hufanga throughout the competition, both players overpowering their opposition in spectacular style.

But the alliance is nothing new to the duo who have been playing rugby together since school, Hall even convincing Hufanga to switch codes to league in their twenties.

The forwards will be instrumental in New Zealand's sixth successive World Cup final on Saturday, in what is set to be a match to remember.

"Mele and I have known each other for ages now and have played some rugby together before so this is nothing new for us," said Hall.

"She's finally come to the right side of rugby in league and it's good for me too having someone like her there. It's become kind of normal now.

"She's playing club back home and I've been trying to get her to come and play with me in Brisbane, hopefully next season she will come and join me where I am."