Hale using Black Ferns as inspiration ahead of semi-final

The Kiwi Ferns are looking to complete a historic double 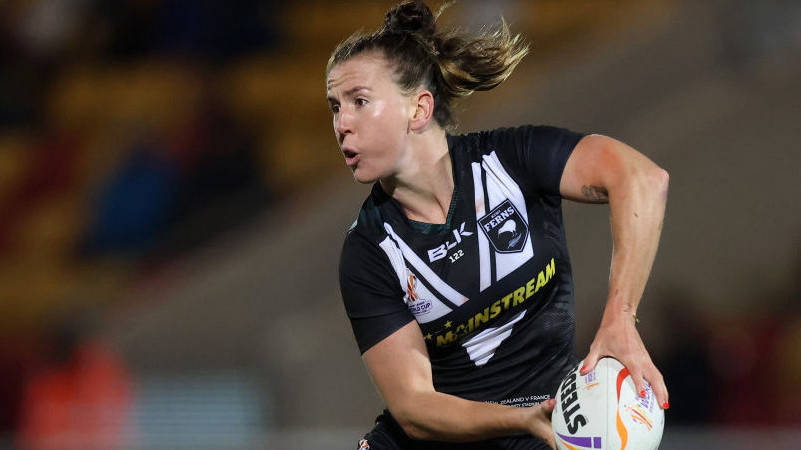 Hale using Black Ferns as inspiration ahead of semi-final

The Kiwi Ferns are looking to complete a historic double

New Zealand vice-captain Georgia Hale says her side have been inspired by The Black Ferns in their quest for Rugby League World Cup 2021 glory.

Now it is the Kiwi Ferns’ turn as they prepare to take on the same opposition at the semi-final stage of the Rugby League World Cup in York – with a potential shot at lifting their own silverware at Old Trafford on Saturday.

It would be a unique double of women’s rugby success and Hale is relishing the prospect of playing her part in it.

She said: “We had a little watch party here, just to feel like we were there in Eden Park, and it was incredible.

“The game was amazing, it was a great display of women’s rugby. Being a female footy player now, seeing them do that back home and knowing we can do that over here makes us very proud Kiwi women.

“It’s a great time to be a women’s footy player. We’re just really proud to be here and to represent our families and fly the flag of our nation over here.

“The Black Ferns already did such a stellar job and we are hoping to do the same.”

New Zealand head coach Ricky Henry was also in awe of the way the Black Ferns captured the hearts of a nation and wants to use it as fuel to motivate his players in York.

He said: “It is outstanding, they had a bit of a sell-out crowd as well and that is top notch.

“It is just awesome not only for rugby back home but also for women’s sport. We have quite a few ladies who have been part of that wider squad and they were all really excited about the result and also what that means for women’s sport in general. Now it is our turn.

“We feel really good. We started a little bit slow I thought, the first couple of games we were a bit clunky, but we seemed to find our rhythm for the Australia game and that will set us up nicely for tomorrow night’s game.

“We’re progressing, we’re getting better, we still have a lot to give as well, so we need to make sure we put it out on the field tomorrow.”

New Zealand pushed Australia all the way before going down 10-8 in a tense group stage encounter on Thursday and they have the historical edge in this fixture, having won all five previous meetings against England.

But Henry is taking nothing for granted and knows his side will have to be at their best to make it through.

“They have a few threats, their halves are pretty good, their centres are pretty strong and they have quick outside backs,” Henry added.

“They’re a good side all round and I think their middle like running hard too. That sort of suits us down to the ground and we will get into that physical battle and see if we can match up.

“We’re confident in our group and confident in how we’re playing. Whatever happens tomorrow night, we will be ready.”