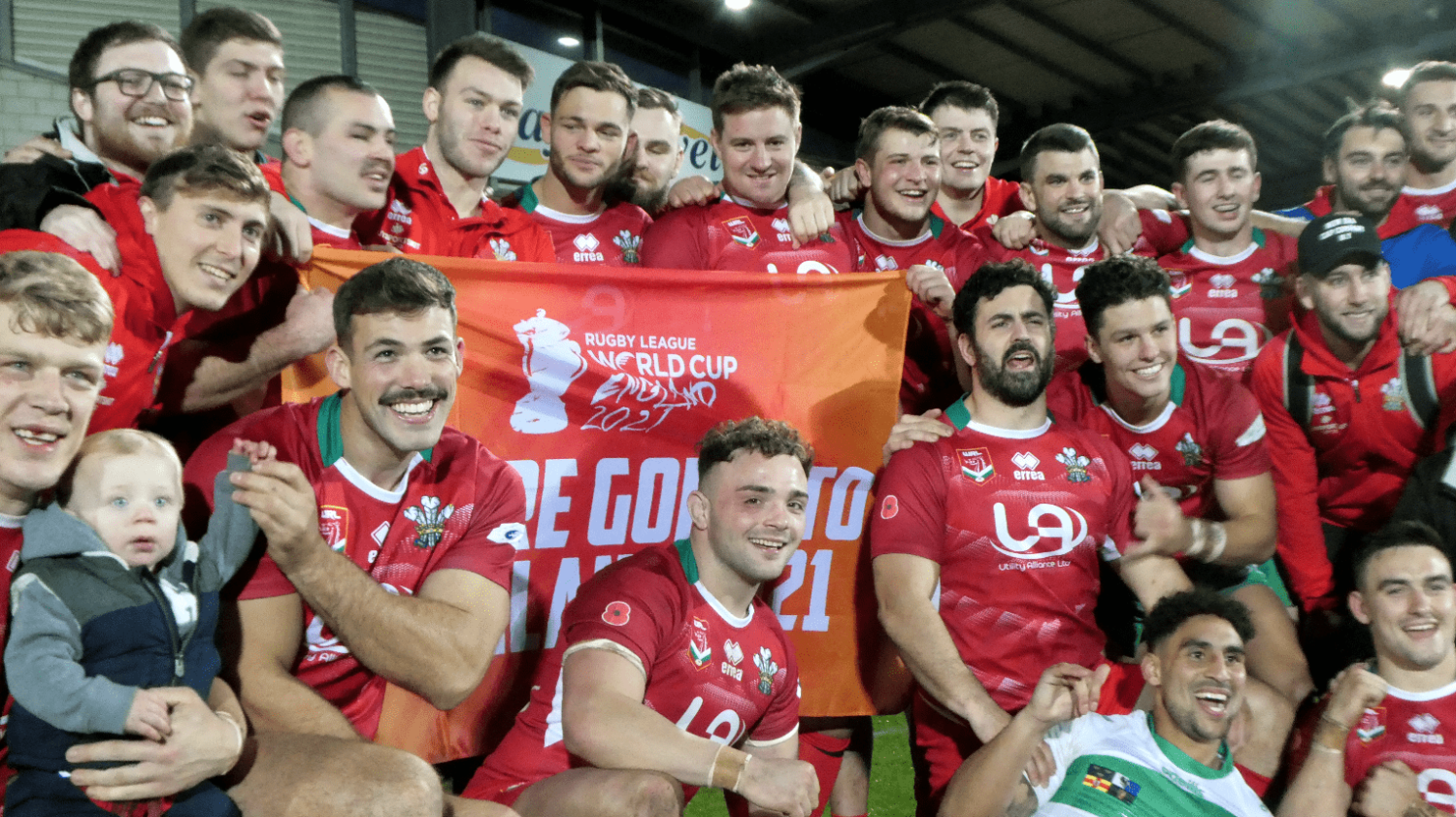 Ireland warrior Liam Finn announced his immediate retirement from international rugby league after Wales qualified for England 2021 with a crushing win over his Wolfhounds at Wrexham’s Racecourse Ground.

The Dragons’ 40-8 triumph spearheaded by halfback Josh Ralph means they join France and become the 10th team to qualify for the men’s World Cup while Ireland and Scotland must join a repechage next Autumn against teams from Euro B and Euro C.

Finn, 35, will not be part of the campaign after telling coach Stuart Littler before kick-off he would be playing his last international match. Littler hopes to talk fullback Scott Grix, 34, out of joining him.

“Grix is more of a maybe, Grix is pretty much finishing today. He’s had an outstanding career, Liam’s represented Ireland at three World Cups. I can only commend those two boys on their sacrifices. They’ve probably fought a few Super League coaches in their time to come and play. I’ve played in two World Cups with them myself so I know that they bring and what they’ve brought to Ireland Rugby League. If they do both decide to call it a day they have our thanks.”

The players posed for photos together with family members at full-time, strongly suggesting they’d not be seen in Ireland colours again.

After a big win over Scotland and a brave showing against eventual champions France in this European Cup, Finn’s side never really got out of the starting blocks before 1250 fans on Sunday. They were down 20-0 almost before catching breath.

The star turn of Easts Tigers’ Ralphs was underscored by a dazzling individual try late in the march which saw him step through the defence and dash away from 20 metres out.

After losing heavily to France in their opening match of the tournament and then trailing 12-0 early again Scotland, coach John Kear’s side flicked a switch that Ireland was incapable of flicking back.

Between Galashiels last week and Wrexham in Sunday, the Welsh scored 70 unanswered points. Ireland’s first came in the 36th minute at the weekend.

There were emotional scenes at full-time as Dragons players embraced friends and family in the crowd while former greats Mike Nicholas and Brian Juliff congratulated the players on their achievement.

Kear said he planned to show loyalty to the players who piloted the Dragons into the RLWC when he picks his squad three years from now.

“You’ve got to show loyalty,” he said. “When they’ve been out there, they’ve put their backsides on the line for you, you’ve got to. They’ve played well, too.

“We don’t know what the schedule is next year but whatever it is, we’ll put some Welsh shirts on, we’ll get out there and we’ll have a dig.”