The Jillaroos skipper knows the threat the Orchids pose 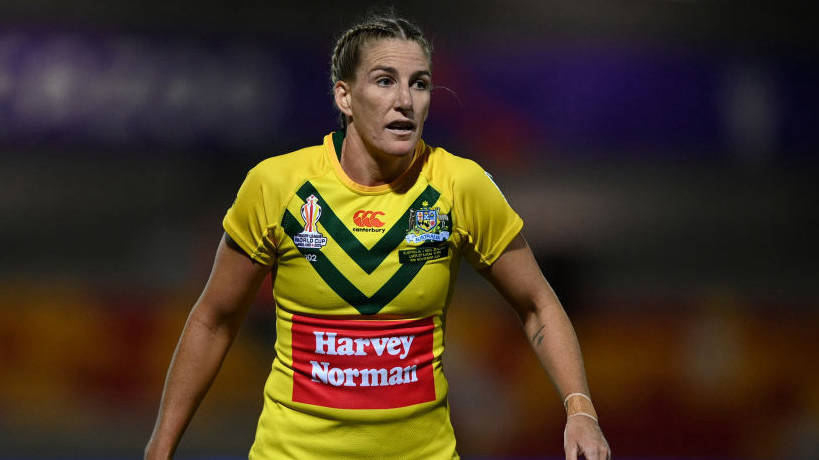 The Jillaroos skipper knows the threat the Orchids pose

Australia skipper Ali Brigginshaw will be putting personal connections to one side when the Jillaroos take on Papua New Guinea for a place in the Rugby League World Cup 2021 final.

Brigginshaw has taken pride in seeing the Orchids, many of whom ply their trade in the NRLW, announce themselves on the world stage by making the World Cup semi-finals for the first time.

But the Jillaroos will not let sentiment get in the way as they look to continue on their path towards a third successive crown.

“I’m really proud,” she said. “I’ve been watching all their games and I know quite a few of those girls.

“They are so proud to pull on that jersey and they’ve grown a lot. They are full of strength and power through the middle and they will be a tough test tomorrow night.

“I have been a good friend of Jessikah Reeves since she was 12 so I’ve loved watching her grow and now I get to play against her.

“We are very excited. It’s probably the most relaxed squad we’ve had but when it comes to game time, we’re on.”

Jillaroos coach Brad Donald echoed Brigginshaw’s PNG praise and will warn his side against any complacency at the LNER Stadium.

“We are certainly not taking them lightly,” he said. “They have done so fantastically this tournament.

“Their coaching team has done a wonderful job with them, and their forward pack is really strong.

“Elsie Albert, their captain, is probably the best front row in the NRLW, so she is a real threat and she gets through an awful lot of work - so we are really aware of her and everyone in their forward pack plays off the back of her.”

“They are just full of enthusiasm, so they will be tough, but we will just be trying to play our own game.”

Australia began the competition by beating the Cook Islands 74-0 and France 92-0, sealing safe passage through to the last four, but were pushed all the way by New Zealand on Thursday.

Donald’s side eventually prevailed 10-8 and the coach believes that gruelling test will prove to be perfect preparation for knockout rugby.

? The Jillaroos are heading for the RLWC2021 women's semi-finals after finishing top of group B!

“We’re really happy with how the tournament has gone so far,” he said.

“The first couple of games, the girls were absolutely fantastic, so it gave us an opportunity to work on our defence.

“In our final group game, it was probably the best performance I have ever seen a New Zealand team dish up.

“To be able to hold on and win by two points was really good preparation for the semis and the final.

“I think the confidence and self-belief in our defence is something that certainly helped.

“A match like that is pretty much what we expect the final to be – to play a final quality game in a pool match and that sets us up really well for the semi-final.”