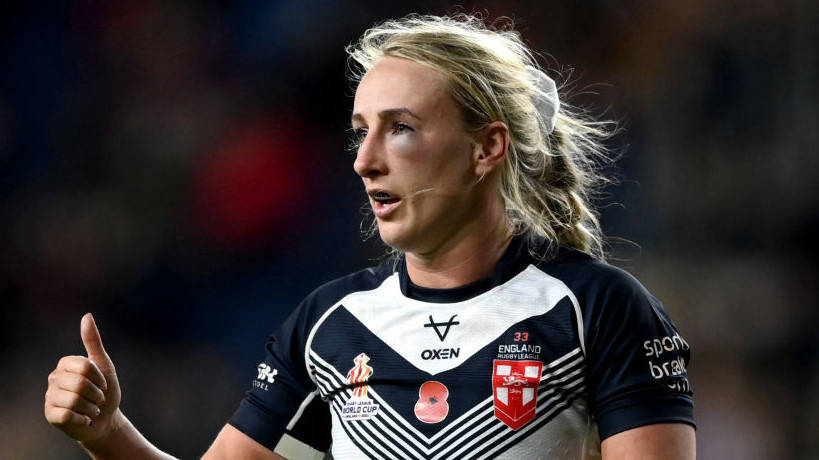 Jodie Cunningham insists England are brimming with confidence ahead of their semi-final rematch against New Zealand on Monday.

The Kiwi Ferns brushed past England 52-4 at the same stage in 2017, when Cunningham felt their downfall from a lack of preparation.

This time round, the host nation have done their homework and enter the intriguing clash in York fully prepared as they go in search of a final on home turf.

She said: "This is a top-quality squad and I've got loads of confidence going into that semi-final.

"What's hard for us is that we don't get to test ourselves against the likes of Australia or New Zealand very often so you can only compare yourself to the last time you played them.

"I think we underestimated just how good New Zealand had become between 2013 and 2017 the last time out, but this tournament I think we're better prepared.

"We understand their strengths and we have had the chance to see what they are doing over there with the profile of the NRLW. So, we really are full of confidence.”

Cunningham is among several members of the current squad who played in that 2017 semi-final, with the likes of Amy Hardcastle, Emily Rudge and Tara Jane Stanley all looking to banish memories of the defeat.

But five years of growth in the game, alongside talented new players such as Leeds Rhinos full-back Fran Goldthorpe, has given the Lionesses belief they can turn the tables.

Cunningham added: “The preparation we had going into this World Cup is a million miles away from what we've had as a squad. The resources and where the game is at are completely different this time round.

"I look at this squad now and just think we are a bunch of athletes who are really good rugby league players and we've probably not had that combination before.

"And I don't even think it's just in our rugby league on the field. There's not one person who's on the fringes of this squad, we really are a family unit."