The mystery of the missing cockerel 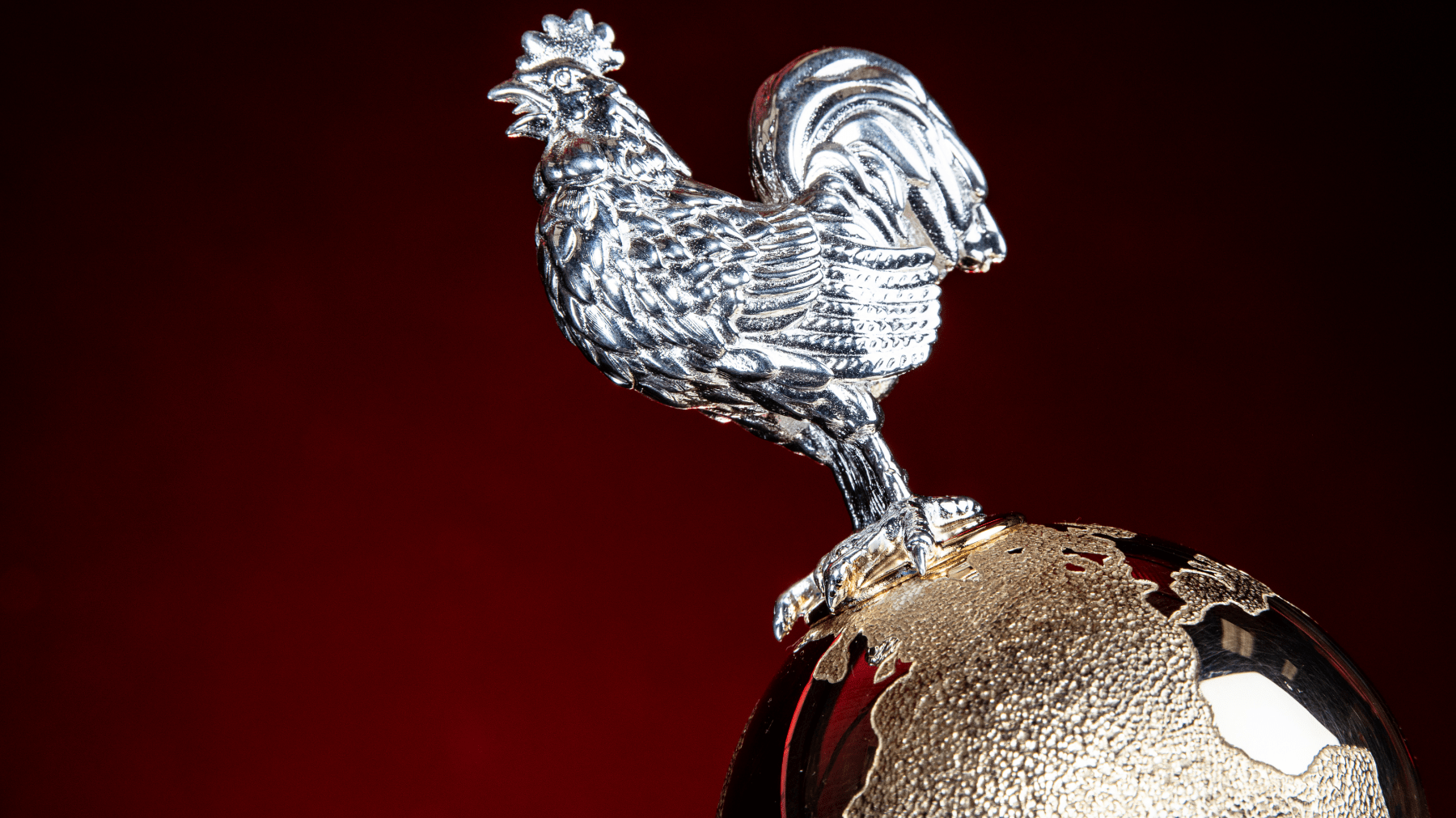 The mystery of the missing cockerel

Itâ€™s a sporting mystery that dates back decades â€“ but 48 years after it was famously stolen, the Rugby League World Cup trophy has at last been returned to its full former glory.

Today, at the Rugby League International Federation Annual Congress, the final missing piece from the Paul BarriÃ¨re cup has been unveiled â€“ a cockerel that originally adorned the top of it. The location of the cockerel has been a mystery since it was last seen before the 1968 Rugby League World Cup, which took place in Australia and New Zealand.

The original trophy was commissioned by French FÃ©dÃ©ration FranÃ§aise de Rugby Ã  XIII president Paul BarriÃ¨re to be used at the inaugural Rugby League World Cup in 1954. It was used in four tournaments, before being stolen whilst on display at a Bradford hotel during the competition in 1970.

The trophy was found in 1990 by Bradford resident Stephen Uttley and his wife Elizabeth in a ditch near a rugby club in Bingley, West Yorkshire.

Ahead of the next Rugby League World Cup which will take place in England in 2021, the tournament organisers have commissioned the master craftsmen at the Royal Warrant holding Thomas Fattorini to recreate the cockerel. Fattorini is a 191-year-old family run business who also designed and created the Rugby League Challenge Cup and the FA Cup. A member of the Fattorini family was actually part of the breakaway from Rugby Union in the late 1800â€™s, which resulted in the birth of Rugby League.

Originally produced at a cost of eight million francs, the 2ft 6in high Paul BarriÃ¨re cup, which weighs 25kg, now looks exactly as it would have at the first Rugby League World Cup in 1954. However, one key difference ahead of 2021, which aims to be the most digitally connected Rugby League World Cup ever, is the addition of a GPS tracker. This will allow its movements to be tracked at all times and will also enable fans to follow the trophyâ€™s progress around the world via here

The new cockerel was revealed today by award winning grand illusionist Sean Alexander. A video can be seen here of the unveil.

â€œWeâ€™re absolutely delighted to have worked with the team at Fattorini to return the Paul BarriÃ¨re Cup to its full former glory incorporating the original design. As a Rugby League fan this is a very proud moment that we want people to share in and enjoy.

However, weâ€™re not taking any chances with the Cup and our new cockerel this time. Weâ€™ve incorporated a GPS tracker â€“ a device they obviously didnâ€™t have available to them in the 70s. We may never know where the World Cup went during its two missing decades, but we will always know where it is going forward. Fans can too, by keeping a close eye on the tracking website - we shall be avoiding ditches at the side of the road!â€

â€œItâ€™s been wonderful to see the Rugby League World Cup trophy unveiled today, as it was originally imagined. The story of the loss of the trophy back in 1970 is one Iâ€™ve told for many years so having this new cockerel fitted is the perfect ending. Perhaps seeing the new cockerel will prompt someone to realise they unknowingly have the original on their mantelpiece, and one of the greatest sporting mysteries of all time will finally be solved!â€

To follow the Paul BarriÃ¨re Cup on its travels ahead of RLWC2021, please visit here