Relive the action from a dramatic semi-final at the Emirates 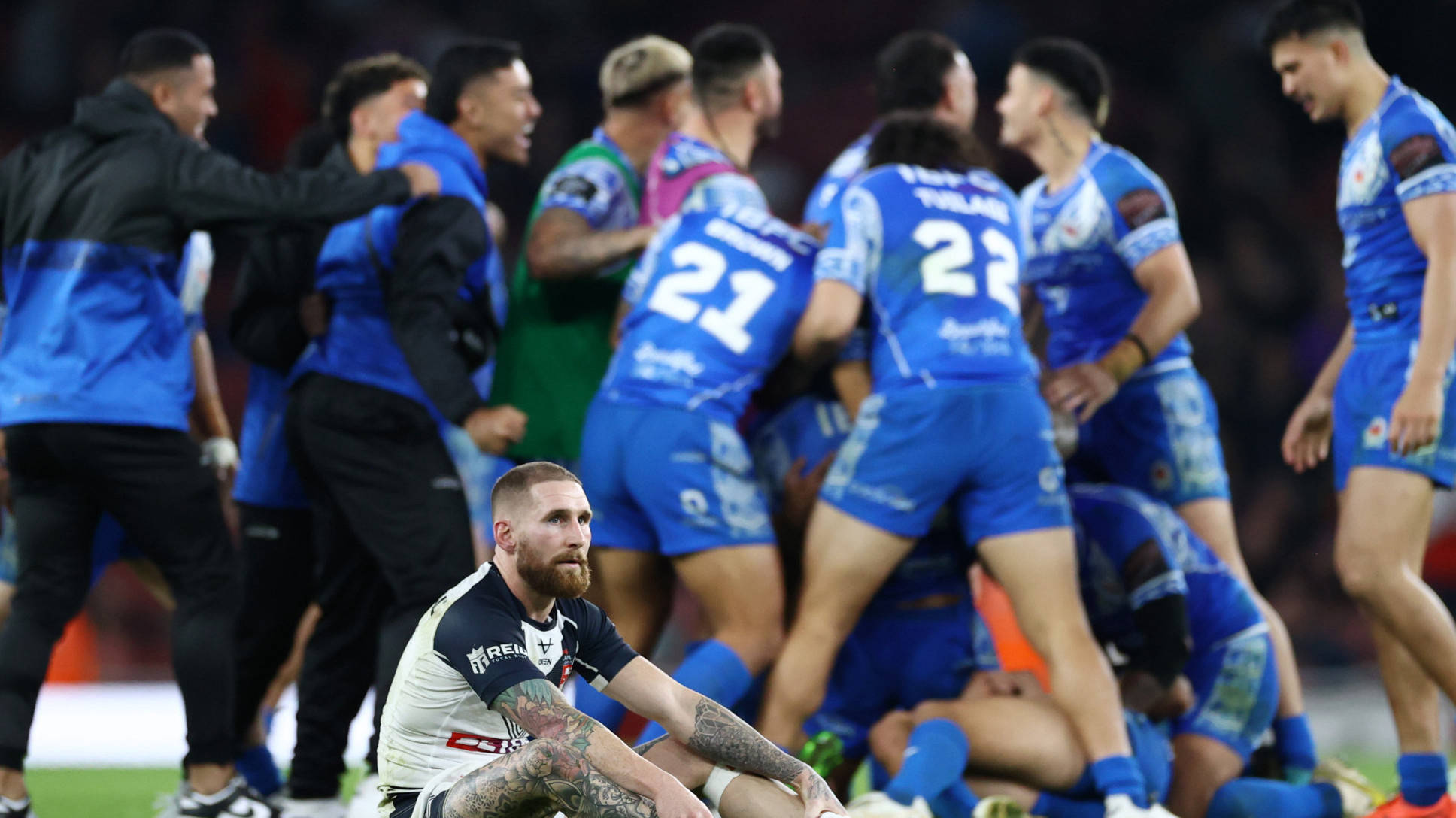 Relive the action from a dramatic semi-final at the Emirates

By Josh Graham at Emirates Stadium

Tim Lafai also crossed for two tries as the Pacific Islanders avenged their opening 60-6 defeat to the hosts in stunning style in North London.

Lafai and Ligi Sao went over either side of Elliott Whitehead’s score to give Matt Parish’s men a 10-6 lead at half-time.

Lafai added another after the break either side of two for Crichton as England made inroads through Tommy Makinson and Herbie Farnworth’s double.

Makinson’s conversion under enormous pressure sent the game to golden point and Crichton proved to be the matchwinner after sitting deep in the pocket to slot the one-pointer and stun the home crowd of 40,489.

Relive the action from North London with the best photos from the second semi-final.