What are the teams for England v New Zealand women at the Rugby League World Cup?

The squads have been announced for the crunch semi-final 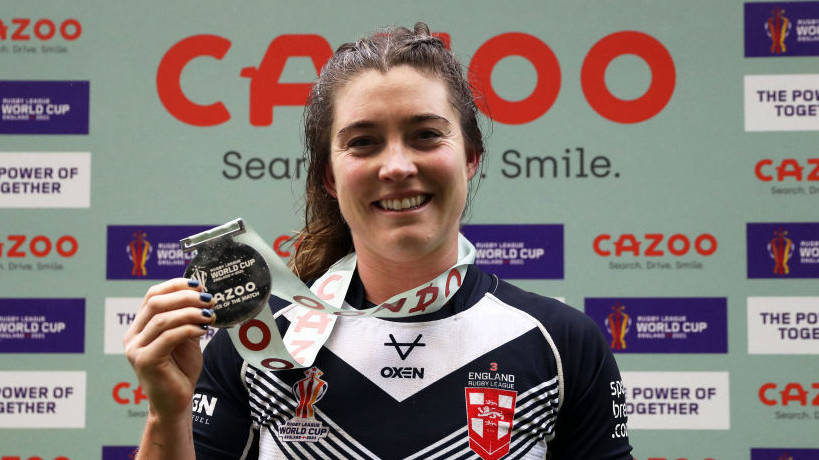 What are the teams for England v New Zealand women at the Rugby League World Cup?

The squads have been announced for the crunch semi-final

Vicky Molyneux is back in the England squad for Monday’s crunch semi-final against New Zealand in York.

The Wigan Warriors forward picked up the Cazoo Player of the Match award against Canada but sat out the final group game against Papua New Guinea.

She now returns to Craig Richards’ 19-woman squad, which also features the competition’s joint-leading try-scorers Tara Stanley and Leah Burke, for the last four contest at the LNER Community Stadium.

Winger Madison Bartlett and Charlotte Scanlan return for the Kiwi Ferns, who are looking to continue a proud record of making every women’s Rugby League World Cup final.

Apii Nicholls and Autumn-Rain Stephens Daly, who crossed in their narrow defeat against Australia in the final group match on Thursday, retain their places.

New Zealand have won all five of their previous women’s Tests against England, including a 52-4 win when they last met (November 2017) – their biggest ever win against them.

This will be the third time that England and New Zealand have met at the semi-final stage of a women’s Rugby League World Cup and the fourth meeting at the tournament overall. The Kiwi Ferns have won all three previous encounters, including in 2008 and 2017.

England have won their last seven straight women’s Tests and a win in this semi-final against New Zealand would see them equal their longest ever stretch without loss (W7, D1 from July 2013 to November 2017).

New Zealand will be looking to avoid back-to-back losses at the women’s Rugby League World Cup for the first time ever after succumbing to a 10-8 defeat against Australia in their Round 3 clash. The Kiwi Ferns have never lost to a team other than Australia at the tournament.