Tedesco: Kangaroos will 'learn a lot' from tense semi-final win 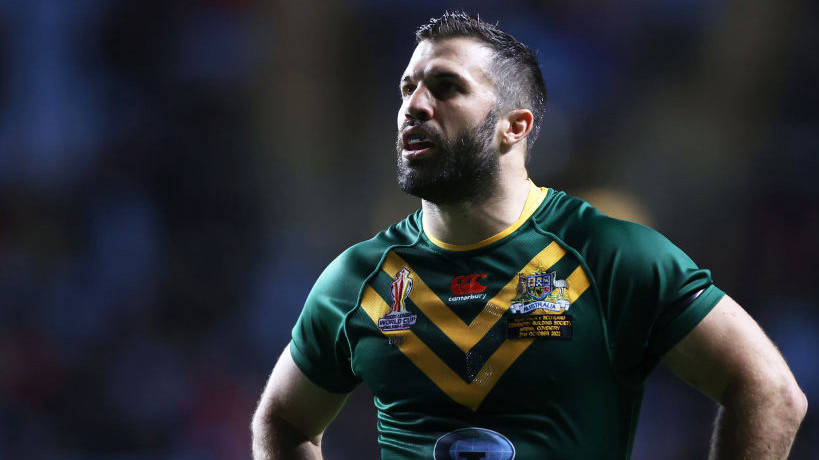 Tedesco: Kangaroos will 'learn a lot' from tense semi-final win

James Tedesco revelled in Australia’s tense semi-final win over New Zealand but believes his side will have to raise their game if they are to lift the trophy next weekend.

The Kangaroos skipper played an influential role at Elland Road, making 80 post-contact metres and breaking eight tackles as he claimed the bragging rights over Sydney Roosters clubmate Joey Manu in the battle of the flying full-backs.

Cameron Murray’s 55th-minute try helped Australia overturn a half-time deficit and continue their run of not missing a World Cup final since 1954.

Either England or Samoa lie in wait at Old Trafford next weekend and Tedesco is well aware of the levels the Kangaroos will need to reach if they are to retain their crown.

The Kiwi skipper went as far as saying his side’s first-half game plan provided a template for next weekend’s finalists to follow and Tedesco came out of the clash knowing they had been in a battle.

“It had an Origin feel about it,” he said. “It was fast, end to end footy.

READ MORE: Meninga lauds one of best matches he's been involved in

“We’ve had comfortable wins up until this game but that was a test match and we had to dig deep. I’m proud of the boys for how we did that, especially in the second half.

“We didn’t start how we wanted to but the way we fought back and worked for each other in that second half was really pleasing.”

Whoever Australia face in the final, the crowd are likely to be against them – particularly if England make it through on home soil.

But Tedesco feels the Elland Road experience has helped equip his side for playing the role of party poopers, with the majority of the 28,113 getting behind the Kiwis on Friday night.

“I felt that,” Tedesco added. “We’re used to that over here.

“We know everything is against us. We’ll soak that up. We expect that.”