Paulo ready to come through nervy week on top against England 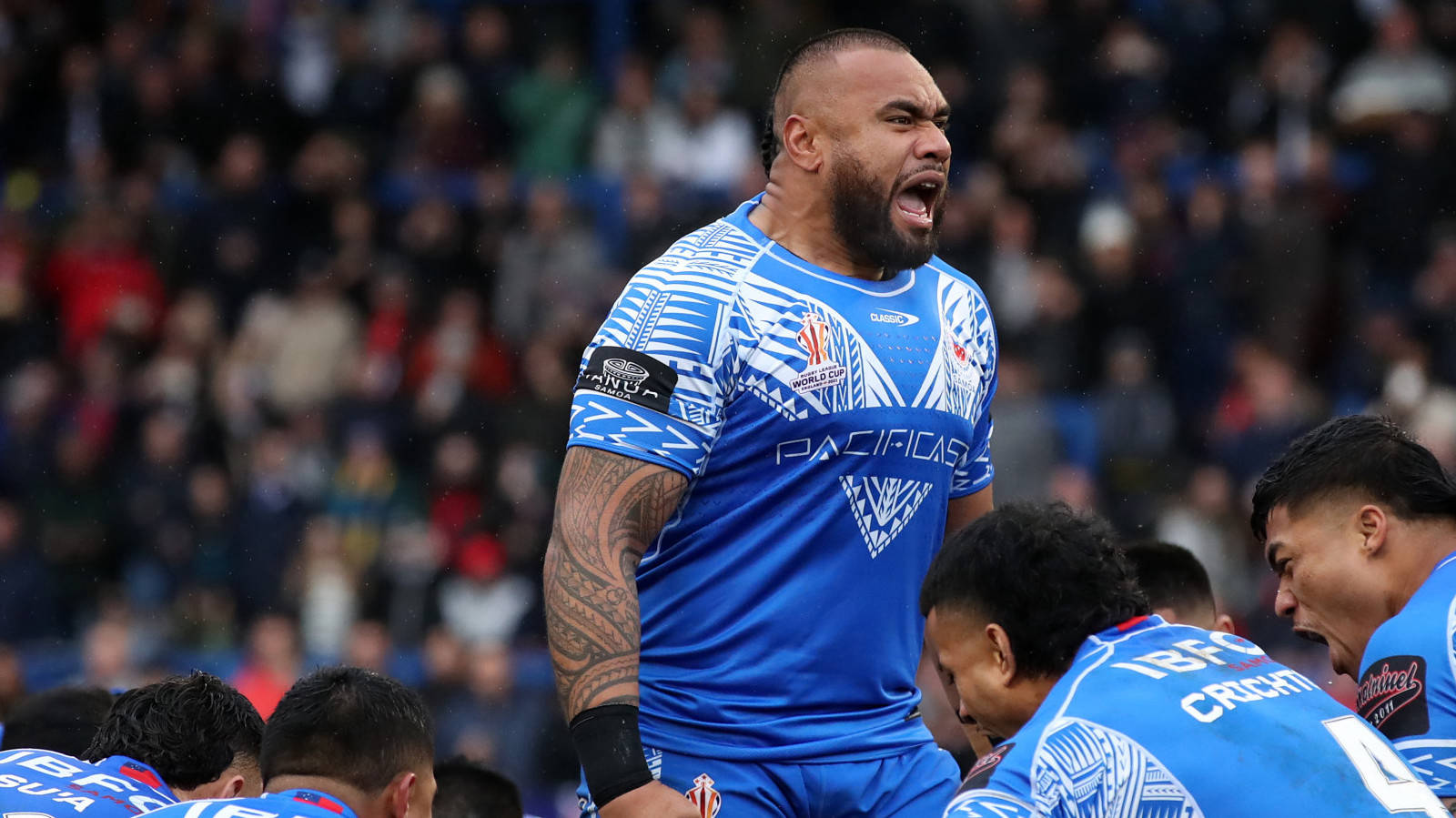 Paulo ready to come through nervy week on top against England

Samoa captain Junior Paulo was anticipating nerves in his country's first-ever World Cup semi-final, he just did not expect them to come several days before kick-off.

Samoa’s 20-18 quarter-final win over Tonga on Sunday booked their semi-final rematch with hosts England, who thumped Matt Parish’s side 60-6 in the tournament’s opening game.

However, it appeared to come at a cost after Paulo picked up a one-game ban on Monday for striking following a collision with Tonga’s David Fifita.

Samoa appealed the decision and with Fifita on side, the suspension was overturned, allowing the Paramatta Eels prop to become the first man to lead his country in the last four of a Rugby League World Cup, a reprieve he is determined to make the most of.

He said: “I won’t shy away from the fact that it was pretty nerve-wracking. Going away from Sunday into Monday, I was waiting around for 5.30pm.

“It was always about heading into the judiciary being confident in the appeal. I’m quite fortunate and I’ve got to give a quick shout out to David Fifita who was able to sign off on a letter to help the appeal.

“There are a lot of people I’ve got to thank but I'm pretty happy with the result, I get to lace up the boots and lead again this week.

“I was genuinely not expecting to be charged. I believe it was accidental and unintentional. We play a contact sport, things are going to happen and sometimes it’s just unfortunate.

“We’ve got to be able to repay those guys who helped me appeal and put in a solid performance.”

READ MORE: Luai ready to get his own back against Welsby

Paulo’s partner is Tongan so their three children had split loyalties last weekend but he is relishing the chance to unite all the Polynesian support behind Samoa as they look to write their names into the record books by making the final at Old Trafford.

He explained: “The kids enjoyed it last week. I think it was a great spectacle of rugby league for both nations.

“It was unfortunate that someone had to lose but the way the international game is heading - after this World Cup you can certainly see the importance of playing internationals more often than they have been.”

Paulo, who suffered NRL Grand Final heartbreak with the Eels before jetting to England, is proud to captain his country but admitted the whole squad have a role in representing those back home who are wishing them on from afar.

He said: “It’s pretty cool but it’s not just myself who leads, our squad of 24 are the leaders who are able to lead our nation and carry the weight of the people who are praying for us to keep creating our own bit of history.

“It’s cool when you put a tag to it that we are the first team but our job is still not done, we want to keep riding the wave of our own history and that starts again against England.”

Shaun Wane has brought Canterbury Bulldogs prop Luke Thompson back into the England fold and Paulo is expecting the 27-year-old to up the ante in the middle in what is set to be a colossal battle between two sets of all-star forwards.

“He will definitely be a fresh body coming into this game, we certainly know what kind of player he is from week in, week out back at home,” explained Paulo.

“He brings a lot of line speed, he will be looking to move the pack around and lead from the front, it’s going to be a good match up between both forward packs.”