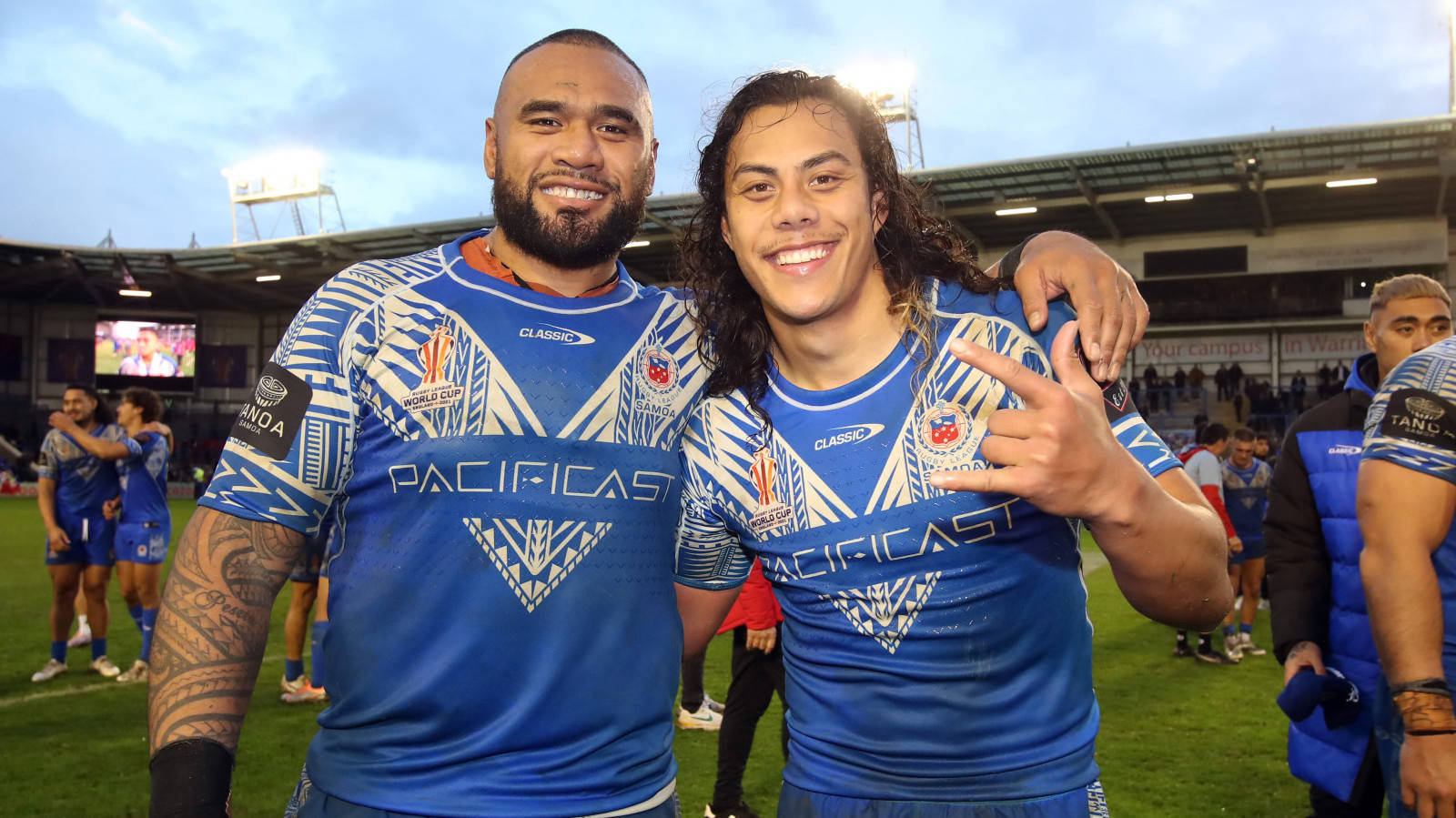 Welsby, who scored the opening try of the tournament before assisting the next two for Dom Young, relished what he called a ‘good ding dong’ and Luai admitted he will give as good as he gets if the England star restarts the verbals at the Emirates.

He said: “If it comes man, I’ll never back down from that sort of thing, it’s who I am. It’s all about competitiveness out there.

“He’s been killing it this tournament and he’s 1-0 at the moment, so I’ll try and get him back this week.

“It was a good battle and I get to come up against him again this week and hopefully I can get one back on him.”

Regardless of Saturday afternoon’s result, the duo are set to do battle again in February at domestic level after a World Club Challenge between their two clubs was confirmed for Australia, reminding homesick Luai what is waiting for him at the end of the tournament.

He added: “I’m definitely excited for that game, back at home as well and that’s reminded me about what it’s like back home, I’m missing home and my family but I’ve got a big job to do with my brothers first.”

Much has been made about the hiding Samoa got in the opening game despite starting as favourites, but Luai revealed the chastening defeat may have been a blessing in disguise.

He explained: “It is a bit different this time round from the last time we played England.

“After that game it was a bit of a pressure relief as there was a lot of expectation around the team, but we’ve been able to put our heads down and nail our roles and our game plan and it’s all about execution on Saturday.”

Luai’s halves partner Anthony Milford took the player of the match honours in the nail-biting 20-18 quarter-final win over Tonga in Warrington on Sunday, but the Penrith star believes his country are now representing their fellow Pacific Islanders in the latter stages as they head for their first ever World Cup semi-final.

Tonga skipper Jason Taumalolo switched his allegiance from New Zealand in 2017 and took his country to the last four before losing to England, starting a trend of players declaring for their heritage nation with Luai likely to have been part of Mal Meninga’s Kangaroos alongside clubmate Nathan Cleary until he plumped for Samoa.

Luai said: “Beating Tonga was a crazy in-the-moment thing. Tonga have done amazing things for their small nation and the Tongans around the world. They’ve had a lot of success over the past couple of years.

“They’ve definitely lit a bit of a fire for us Samoan boys, so this is also for them as well.”