Wales joined France in the semi-finals, after defeats for the USA and Scotland ended their hopes of a last-four spot. 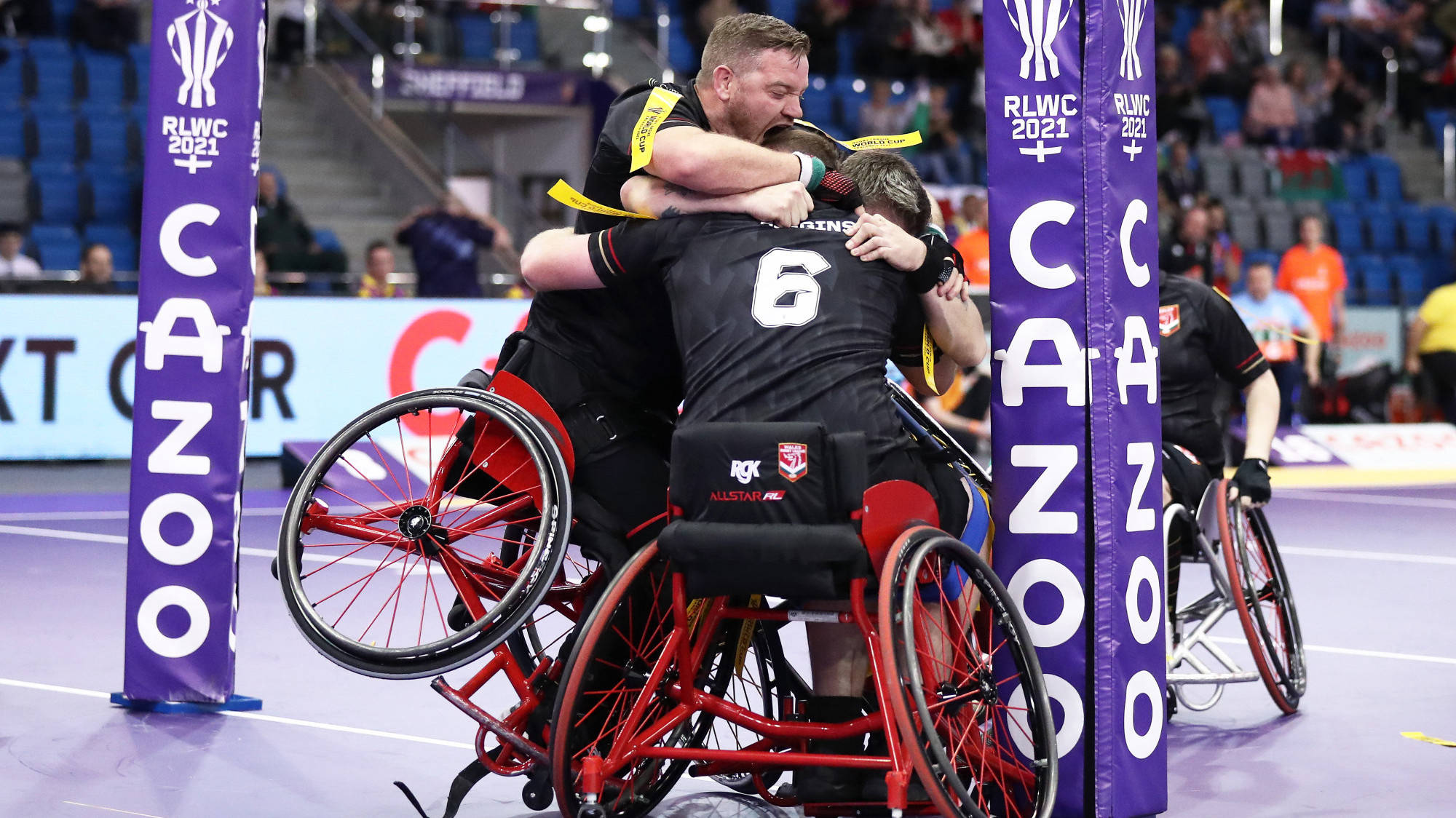 Wales joined France in the semi-finals, after defeats for the USA and Scotland ended their hopes of a last-four spot.

By Milly McEvoy at EIS Sheffield

Wins for France and Wales saw them through to the semi-finals as they defeated the USA and Scotland respectively.

France, who were already assured of a last-four berth, opened proceedings at the EIS Sheffield with an 116-6 win over the USA to knock their opponents out of the World Cup.

Jeremy Bourson scored five first-half tries as the USA struggled to deal with France's kicks down the pitch, while captain Gilles Clausells led from the front with three tries of his own.

The loudest cheer of the game was reserved for Jensen Blaine, a 16-year-old debutant, and Mackenzie Johnson who combined for the USA's only try against the world champions

Andrew Higgins notched 38 points in Wales' 70-36 win over Scotland to see them through to the semi-finals at their opponents' expense.

Higgins crossed four times for Wales, with Scott Trigg-Turner also registering three tries, but Wales did not have it all their own way.

Dan Grant scored four for Scotland as they looked for a way back into the game after Wales enjoyed fast starts to both halves.