What are the teams for England v Samoa men in the Rugby League World Cup semi-final? 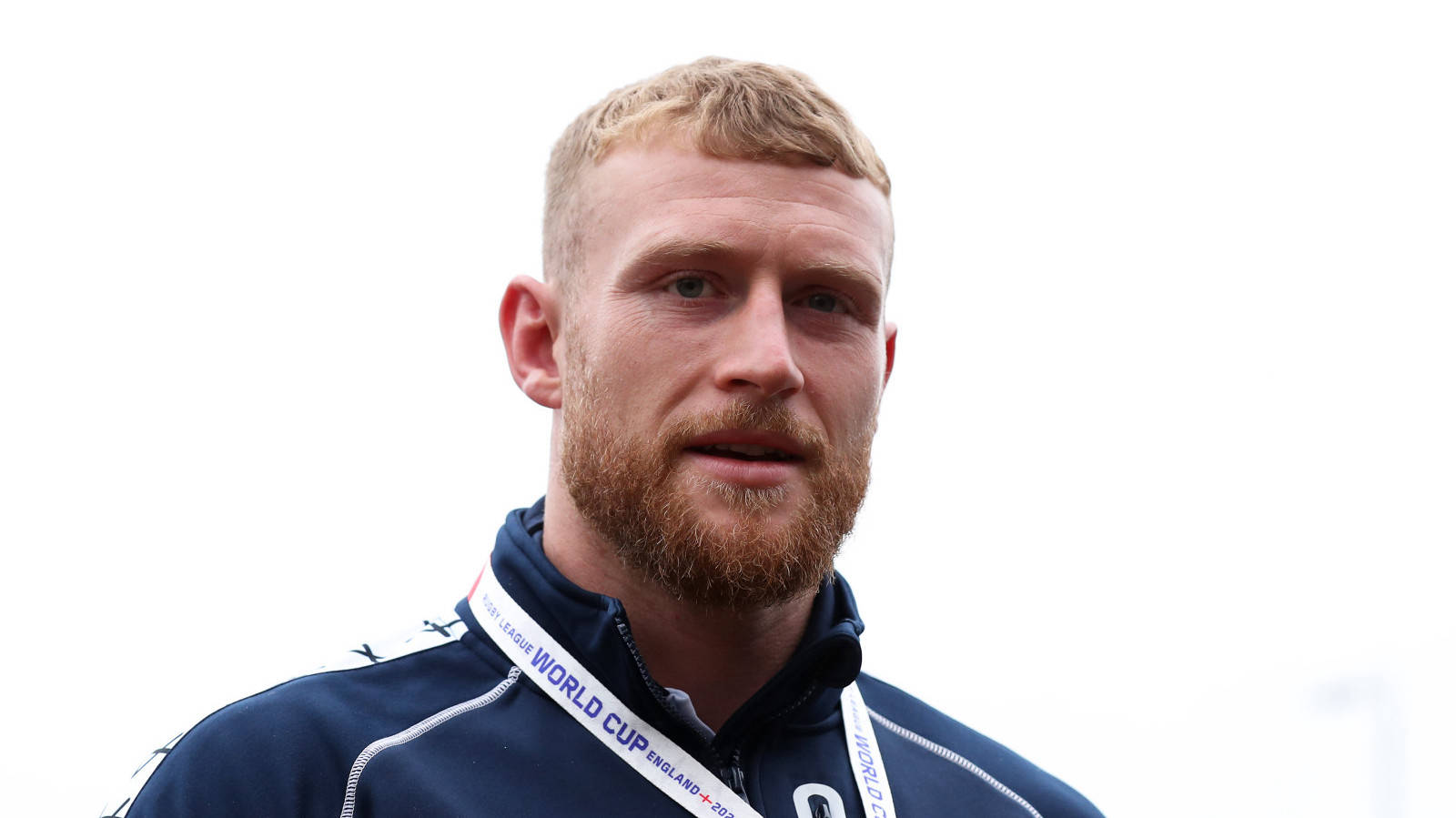 What are the teams for England v Samoa men in the Rugby League World Cup semi-final?

Shaun Wane has made just one change to his 19-man squad for England’s semi-final showdown with familiar foe Samoa.

Wane’s free-scoring England blitzed Papua New Guinea in the first half of their quarter-final before cruising to a 46-6 win with Canterbury Bulldogs’ Luke Thompson coming in for Saints prop Matty Lees this week.

It will be Thompson’s first appearance since the second group game against France while fellow prop Chris Hill will go second for all-time Rugby League World Cup appearances with the 35-year-old in line for his 16th game, one behind record holder and Australia legend Cameron Smith.

England smashed Samoa 60-6 in the tournament’s opening game at St James’ Park but are expecting an entirely different challenge this time around after Matt Parish’s side squeezed past fellow Pacific Islanders Tonga 20-18 in their last eight clash in Warrington.

Samoa are packed full of NRL stars and had only had two training sessions and a week in the country before their first game, so will be looking to right those wrongs at the Emirates on Saturday afternoon.

Samoa were sweating on the availability of skipper Junior Paulo after the Paramatta Eels prop was handed a one-match ban by the judiciary for striking in a tackle with Tonga’s David Fifita.

However, Paulo appealed and has been cleared to captain his side in their first ever Rugby League World Cup semi-final.

Parish has made one changed from the side that toppled Tonga in a thriller at the Halliwell Jones Stadium with Danny Levi forced to fly home for a family emergency, Spencer Leniu – a late drop out from the last game – returns.

Martin Taupau picked up an injury against Tonga and did not take part in Samoa training on Thursday making him a big fitness worry as he faces a race against time to try and make the 17 after being included in the extended 19-strong matchday squad.

Centre Tim Lafai, an injury call-up earlier in the tournament, is set to come up against his Salford teammate Kallum Watkins while prop Josh Papali'i is the only Samoa player with experience of the latter stages of a World Cup having won the 2013 tournament when representing Australia.

Jarome Luai and Jack Welsby went hammer and tong in Round 1 at St James’ Park and Samoa’s two-time NRL champion is ready to level the score with revenge at the Emirates.

Welsby told of their verbal battle after England’s emphatic opening victory and Luai admitted he won’t shy away from the contest second time around.

The two will go up against each other again in February after a World Club Challenge in Australia between Welsby’s Super League champions St Helens and Luai’s NRL champions Penrith Panthers was confirmed overnight.

With George Williams arguably England’s best player at this tournament and Anthony Milford coming off a player of the match performance in that nail-biting win against Tonga, then look no further than the halves for the key battle between these two sides.

Where the game will be won?

Like most games, the side that wins the battle in the middle and gets their team rolling forward is likely to get the edge come the final whistle.

Wane’s inclusion of Thompson will bring ferocious line speed and agility in the pack while he also has plenty of experience facing Samoa’s big boys from his time in the NRL with the Bulldogs.

Samoa can breathe easy now Paulo has been cleared to play and together with Papali'i they are an imposing duo to have patrolling the centre of the park.

Papali’i is the only man on either side to have ever lifted the World Cup and will bring his big-game experience to the Samoa side.

Chris Hill is now the third most-capped England player of all time so is no slouch in that department on the opposing side for the hosts with an intriguing battle ahead.

England and Samoa will meet for the second time at the men’s Rugby League World Cup 2021 after England posted a 60-6 win in the opening round of the group stage; this will be just the sixth time that two teams have met twice in a single tournament across the last six editions with three of the previous five instances seeing the same team win both fixtures.

England have won all their four previous men’s Tests against Samoa which is their most games against a single team they’ve never lost to; England have outscored Samoa 98-20 across their two previous meetings in the northern hemisphere (38-14 in Hull in 2006, 60-6 in Newcastle in 2022).

Samoa have become the seventh different team to qualify for the semi-finals of a men’s Rugby League World Cup.

England have won eight of their last nine games at the men’s Rugby League World Cup (L1) including their last four on the bounce by an average margin of 52 points per game; the only time they’ve won more successive games at the tournament was an eight-game streak from September 1975 to October 1995.

Samoa have won their last three straight Tests overall which is their joint longest winning run since a 15-game streak from October 1990 to November 1994.