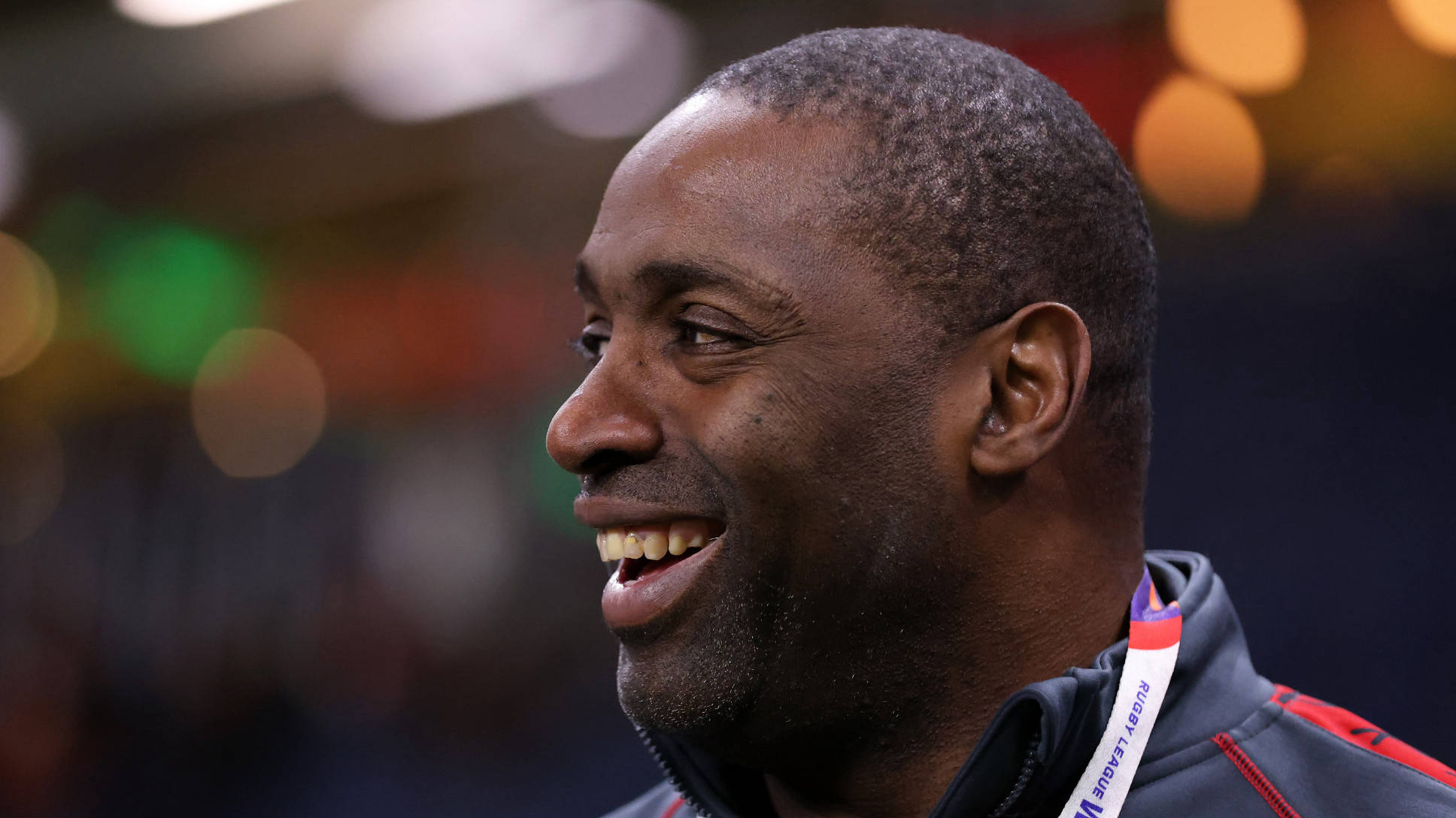 England head coach Craig Richards believes his side are primed and ready to win the World Cup after coming through a stern test in the 42-4 win over Papua New Guinea.

Richards was eager for his team to face a challenge in their final group clash after brushing past Canada and Brazil in their opening games to secure their semi-final spot.

And after coming from behind in the first 20 minutes against the Orchids, Richards was pleased to see his team's determined spirit as they fought back to claim the victory that saw them finish as Group A winners.

England will now face the loser of Group B's final clash between Australia and New Zealand in the semi-final on Monday.

READ MORE: Photo gallery from Round 3 in Group A

"I was feeling really good in the opening minutes actually, that match was what we needed and there's a few questions that have been answered, things like what do we do when we go behind," he said.

"Now we know that we can battle hard and get back into it the fight.

"We couldn't go into Australia or New Zealand without a physical battle and some adversity like that.

"I was impressed by the grit of the girls; we knew it wasn't going to be fancy at times, but we stayed connected and I feel like we won a game in a different way today compared to the first two.

"I feel like we can win the World Cup. It's definitely not going to be easy, but we can tough it out and we can rotate our squad and the quality doesn't stop.

"At the moment we've got a winning formula."

Papua New Guinea head coach Ben Jeffries was proud of his team's improvement but knows that there's always more to learn as they look ahead to their semi-final showdown with the victors from Thursday's clash between the only two sides to have won the women's Rugby League World Cup.

The Orchids enjoyed a pulsating start in Leeds, with a terrific try from Martha Molowia pushing them ahead after just three minutes.

But as their consistency faded, Jeffries was not surprised to see England's level rise as they showed their undoubted quality to top Group A.

He said: "I was really happy with our start; we weren't happy with the starts in game one and two but lessons have evidently been learnt.

"I had seen a lot of England's footy this year and I wasn't surprised in how well they played.

"They thoroughly deserve the victory, but our girls are still a developing unit at the moment.

"They definitely dominated us around the ruck and there's going to be some lessons learnt going forward but we're only going to get better with this tournament.

"Now we're going to really have to roll our sleeves up in this next game.

"You've got to play the best to win and these girls know what the standards are but we're only going to move forward."