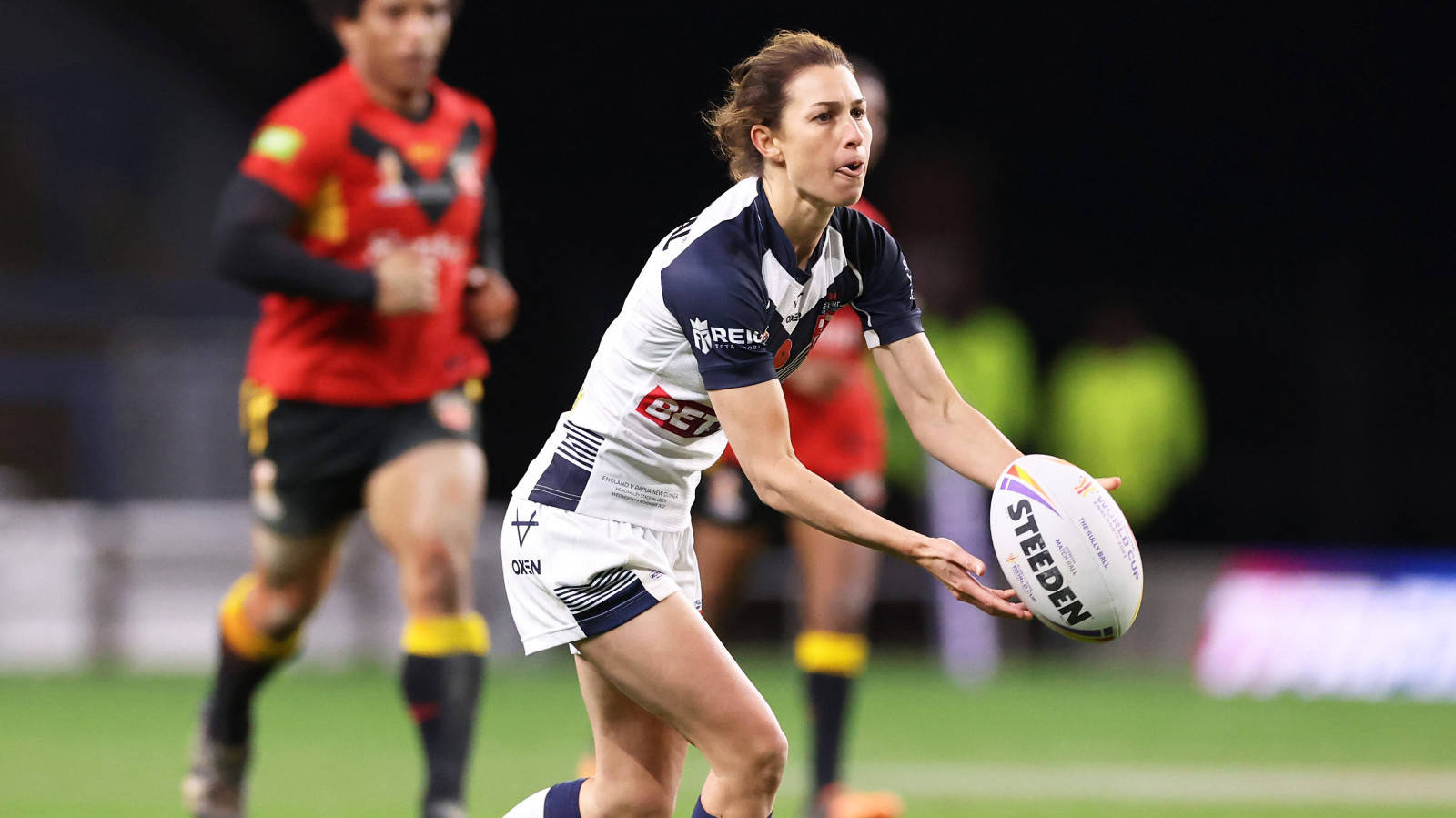 Courtney Winfield-Hill's creative play propelled England into the World Cup semi-finals as Group A winners with a powerful 42-4 victory over Papua New Guinea.

The Leeds Rhinos half-back was the brains behind four tries and multiple opportunities as Leah Burke's hat-trick lit up the scoreboard in the battle of the previously unbeaten sides in Leeds.

Victoria Whitfield, Caitlin Beevers, Tara Jane Stanley and an Amy Hardcastle double added to the total after an early scare from Martha Molowia saw the Orchids take a surprise lead.

With both teams already qualified for the semi-finals, the result determined that Papua New Guinea will face the winner of Australia versus New Zealand in tomorrow's final Group B clash while England will take on the loser.

It was a shaky start for the host nation as Molowia fired Papua New Guinea ahead in the third minute after a brilliant Belinda Gwasamun assist.

The Orchids' defiant defence shone in the opening few minutes as Caitlin Beevers powered over the line but failed to ground the ball.

The Leeds Rhinos star was held up twice more in 15 minutes on her home ground as England struggled to capitalise on their early chances as they looked to get a foothold in the game.

Fran Goldthorp was a force to be reckoned with at full-back, meandering her way up the pitch to create chances for England as they started knocking on the door with increasing urgency.

And following a long stint of possession inside the Orchids' half, Burke finally dotted down, after safely gathering Winfield-Hill's kick to level affairs.

As England began to take charge, interchange Whitfield ignited their attack, twice charging down the middle with ferocious force.

However, it was centre Hardcastle who took England ahead, easing over the line on the left as England found a flaw in the Papua New Guinea defence.

The Lionesses finally found their way through on the right as Stanley scrambled through on the back of Hollie Dodd's good work and dotted down in the corner before converting her own score to make it 14-4 at half-time.

There were fireworks on the pitch after seven minutes of the second half as dynamic duo Winfield-Hill and Burke paired up again.

A kick from the scrum-half on the penultimate tackle soared over the heads of the Orchids and Burke chased the ball down to grab her double.

After carrying like a powerhouse all game, Whitfield made it five for England as she stormed over the line and Winfield-Hill picked up her third assist of the evening.

And playmaker Winfield-Hill laid on a third kick to Burke in a mirror image of her second try to claim her hat-trick in style.

Beevers finally slipped through on the right and dotted down in the corner and there was still time for Hardcastle to secure her double to close out the match.