Wane: England are better now than we last played Samoa

England coach admits rivals will be a different proposition from Newcastle 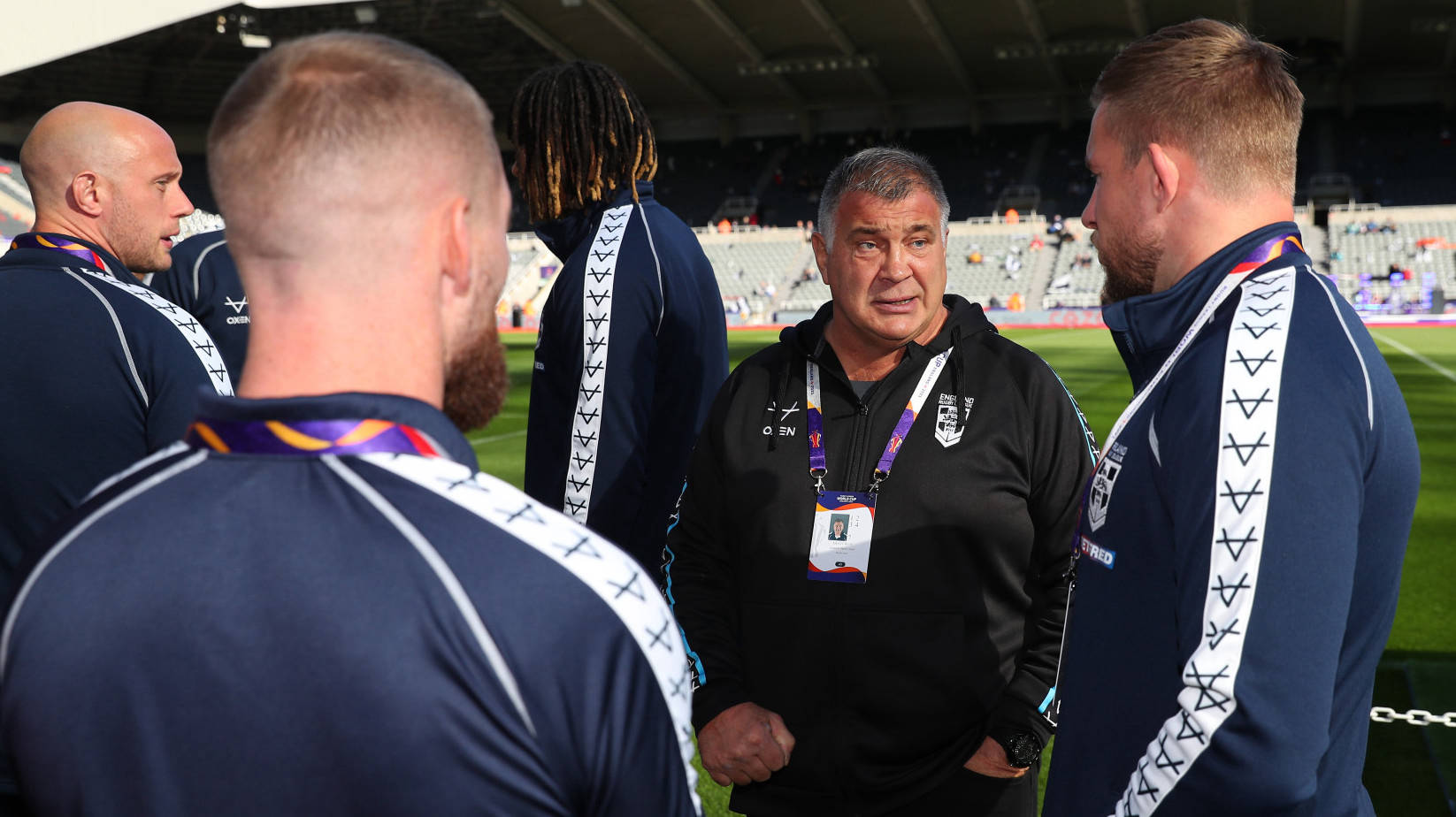 Wane: England are better now than we last played Samoa

England coach admits rivals will be a different proposition from Newcastle

Shaun Wane believes his England side is even better than the team that bulldozed semi-final rivals Samoa in the opening match of the Rugby League World Cup.

Wane's hosts started that match in Newcastle as bookies’ outsiders, with Samoa including eight NRL Grand Finalists in their powerful squad.

But England produced a dominant display to secure a 60-6 victory, which they've followed with similarly convincing wins over France, Greece and Papua New Guinea.

"I think we are stronger than when we played Samoa, we are doing things better, I'm happy but I will never be satisfied with how we are playing," said Wane.

"There are always ways of improving and I still think we can get better on the performance last week against Papua New Guinea. I know we will improve and we need to improve too."

READ MORE: Scoring rivalry takes back seat for Young ahead of semi

However, Matt Parish's Samoa squad show little resemblance to the team that arrived at St James' Park after just two practice sessions and no warm-up fixture.

They've got stronger in each match since and have faced the toughest examination of any final four team, their narrow quarter-final win over Polynesian rivals Tonga an instant Rugby League World Cup classic in Warrington.

In teenager Joseph Suaali'i they boast a once in a generation sort of player, while captain Junior Paulo has been cleared to line up by the tribunal after initially picking up a one match suspension - which a bullish Wane even claims he welcomes.

"We've genuinely never mentioned that first game against Samoa. We know that this team we will play on Saturday is a different team. They are talented and they have got a lot of really good players from the NRL.

"Every single individual player has played better since we played them, they were massively underdone and if you remember I said that after the game. I watch all the NRL and I knew they would improve massively and that is what has happened.

"They are going to challenge us and we are going to be ready. We are a good team too and it has got the makings of a really good game."

Wane expects to make one change to his matchday squad with Saints prop Matty Lees replaced by Bulldogs star Luke Thompson, who made such an impact in England's group games but missed the quarter-final win.

"The spirit we have in the camp and how close we are as coaches and players is the tightest I have ever felt in a team and I have had some good teams at Wigan," added Wane, who guided the Warriors to both Super League and Challenge Cup Final success.