What are the teams for Australia v New Zealand men in the semi-final of the Rugby League World Cup? 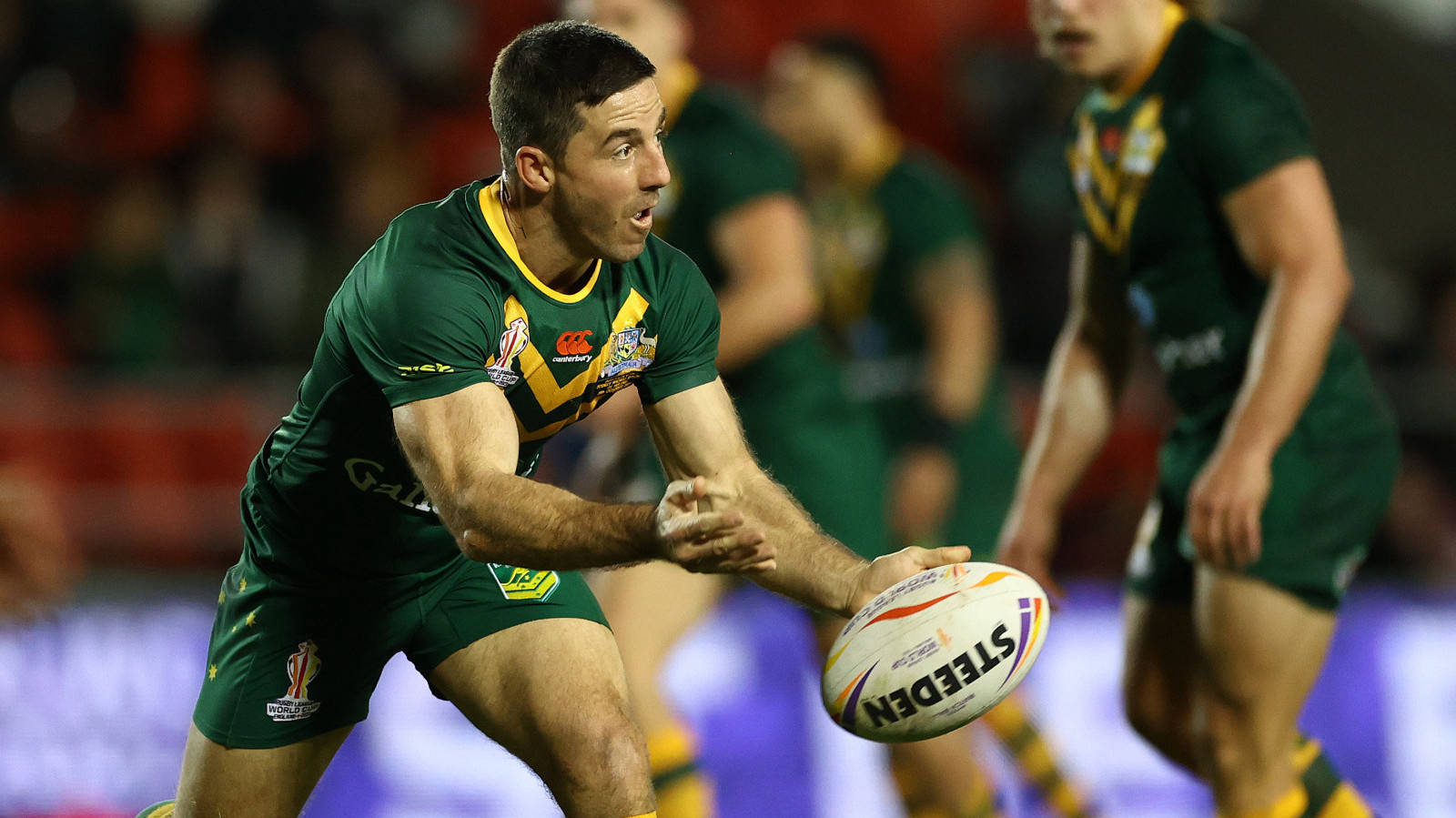 What are the teams for Australia v New Zealand men in the semi-final of the Rugby League World Cup?

Australia coach Mal Meninga has recalled versatile Ben Hunt and is set to leave the experienced Daly Cherry-Evans out of his 17 for the Kangaroos' semi-final showdown with New Zealand.

Nathan Cleary has established himself as Meninga’s first-choice scrum-half with Cherry-Evans used as a utility off the bench in the quarter-final win over Lebanon.

READ MORE: Rapana looks for battle on the pitch not off it ahead of Aussie clash

However, with Queensland duo Hunt and Harry Grant set to recommence their sharing of the dummy-half role, the Maroons captain is likley to be sidelined for the repeat of the 2013 World Cup final.

Hunt was rested for the last eight having played all three group games while prop Reagan Campbell-Gillard is also set to come into the starting team as Meninga bulks up his pack for the challenge of the Kiwis.

However, New Zealand will not have Sydney Roosters prop Jared Waerea-Hargreaves despite his return from suspension as he has been left out of Michael Maguire’s 19-man squad after struggling with a hamstring injury.

Dallin Watene-Zelezniak was a late withdrawal from the Kiwis’ 24-18 quarter-final win with a similar problem but is fit enough to take his place in the matchday side.

Moses Leota is due to make only his second appearance of the tournament having shaken off a groin problem with the 27-year-old Penrith front rower replacing his clubmate Scott Sorensen.

This will be the 138th meeting between the two sides with Australia leading the way with 101 wins, New Zealand have 33, while there have only been three draws.

Australia have won six of their last seven men’s Tests against New Zealand (L1) including a 26-4 win in their most recent clash (October 2019); the Kangaroos have won eight of their last nine meetings with the Kiwis at the men’s Rugby League World Cup.

New Zealand have played 33% of their play-the-balls within three seconds at the 2021 men’s Rugby League World Cup, the second-highest rate of any team (Cook Islands – 35%) and five percentage points higher than Australia (28%).

Australia have won their last 16 consecutive games at the men’s Rugby League World Cup, the longest winning streak of any team in the history of the tournament; although, three of their last five losses in the competition have come against New Zealand on the day (November 1975, July 1985, November 2008).

Australia have won all five of their previous appearances at the semi-final stage of the men’s Rugby League World Cup.

New Zealand have won three of their four semi final games at the tournament with their only loss at this stage coming against Australia in October 1995 (30-20).

New Zealand have won their last seven straight men’s Tests, their longest ever winning streak and more than they had won in their 19 Tests prior (W6, D1, L12); their last loss was a 26-4 defeat at the hands of Australia in October 2019.