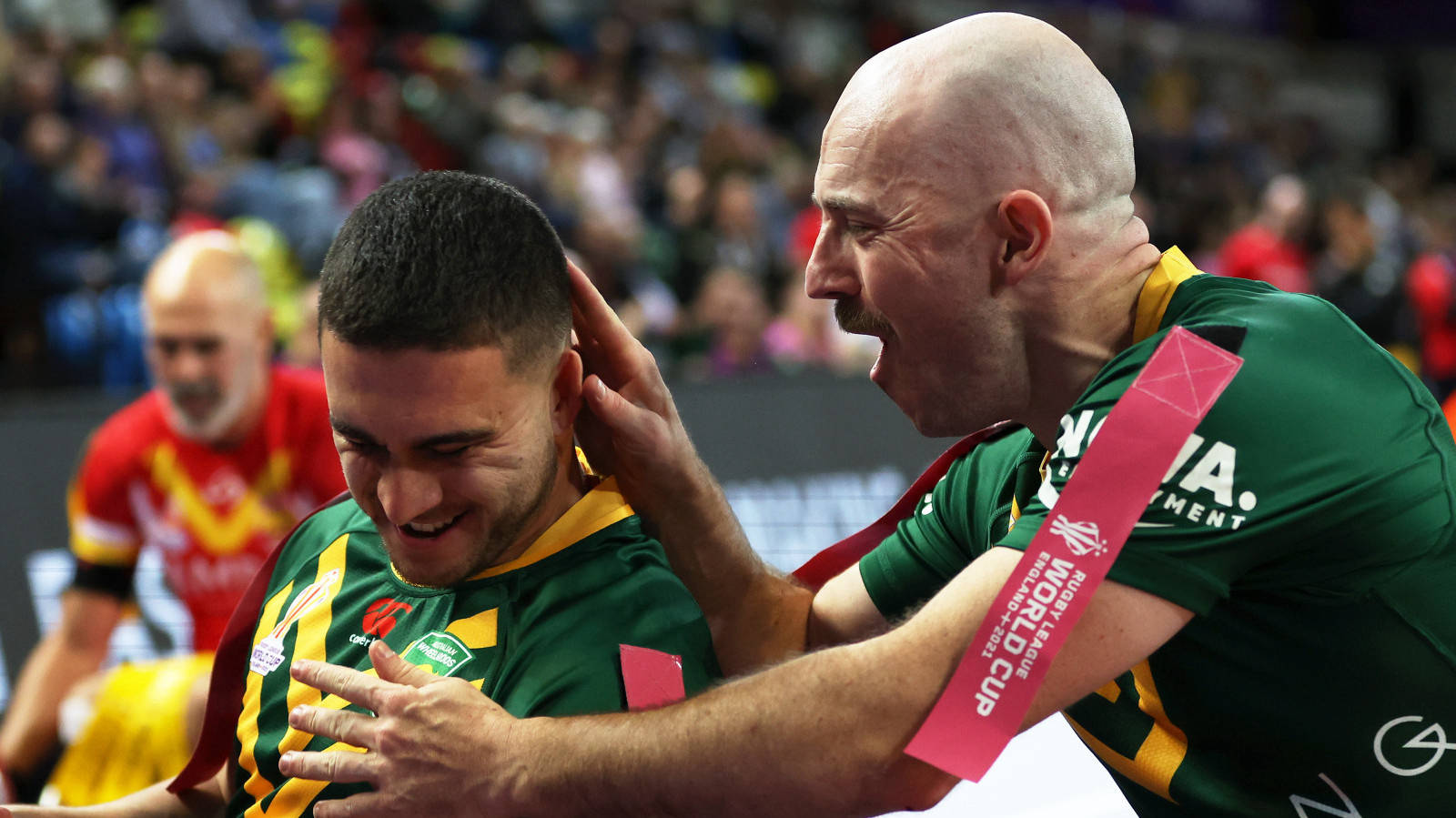 Australia head coach Brett Clark praised his team’s ingenuity as the Wheelaroos defeated Spain 52-32 to book their place in the semi-finals at the expense of their opponents.

All ten of Australia’s players featured in their win, with James Hill starring thanks to a hat-trick in six minutes, as Diab Karim also crossed twice.

Theo Gonzalez and Raphael Monedero both scored twice for Spain as they mounted an early second-half comeback before Clark’s side showed their class to secure their spot in the last four.

“That was the type of game that we actually needed as a collective group,” Clark said. “We did use the full roster that we had so full 10 players.

“And that was on purpose to really try to give the guys the opportunity to play in these type of games. This is a level up from the last game and each game has been that way.

“The game against England to start the tournament really set the standard. We just need to move as the guys keep working through it and we keep playing well.

“It's how we play and the combinations we put out there and some of those combinations tonight weren't what we had even had in training, so it's for them to adapt to move with that and work it out on the fly, I was more than happy.”

Peter Arbuckle opened the scoring for Australia before Karim continued his record of scoring in every group game.

Pumped-up Theo Gonzalez got Spain’s first of the game but the Wheelaroos responded emphatically thanks to more Bayley McKenna magic as he side-stepped the Spain defence to set up Karim’s second.

Fluent passing by the Toros sent Monedero in at the corner before interchange player Hill made a real impact, firstly calming down Australia’s frantic attack before letting rip with turn and pace.

Hill was so in the game that he admitted that at half-time he didn’t even realise he had notched a hat-trick.

He said: “I didn't even know I had three. At half-time, I walked in and said I wanted a video of highlights, so I said let me get another one.

“But it was sensational. It's all credit to the boys, it is the cliche saying but those tries wouldn’t happen without the four other players on the court. It's a team effort.”

Spain scored three tries in nine second-half minutes to keep Australia honest before the Wheelaroos showed their might to make certain of their place in the semi-finals on Sunday.

For Spain head coach Jean-Marc Gonzalez, father of Theo, attention now turns to making sure their strong showing at the World Cup does not go unnoticed back in Spain.

“I would like to take the opportunity to send a message to the rugby league community and especially to rugby league in Spain,” he said.

“We need to take this World Cup as a chance to grow the sport and then to have stronger and stronger teams.

“And maybe next time, three years from now, we will have a stronger team to reach the semi-finals.” 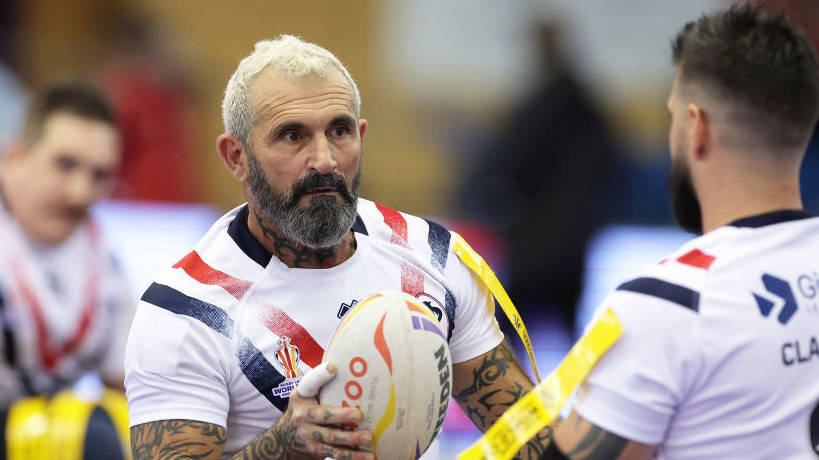 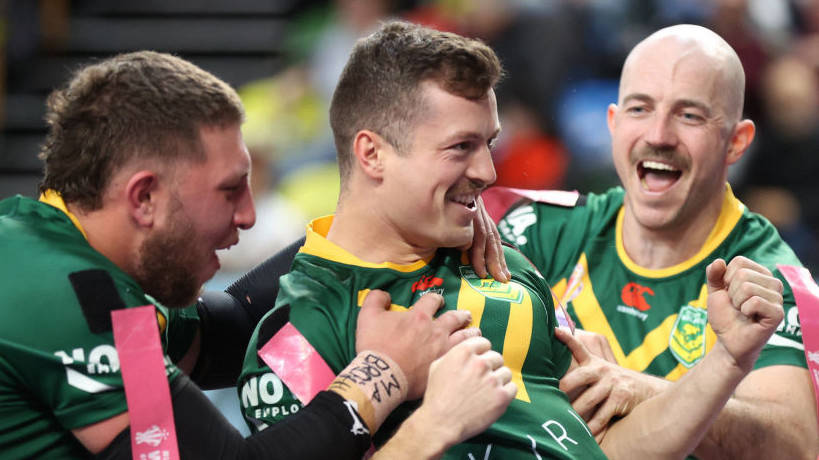 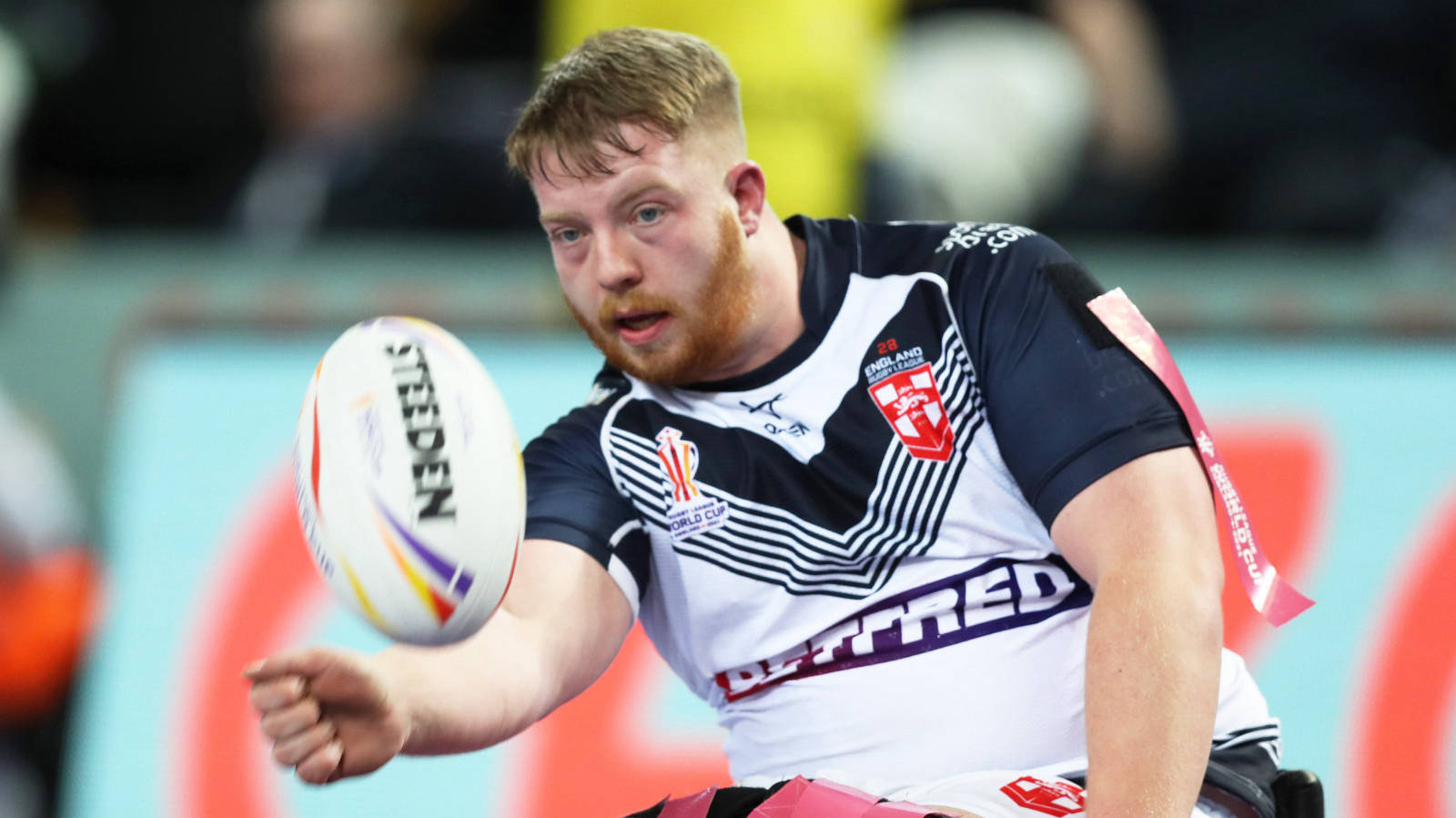 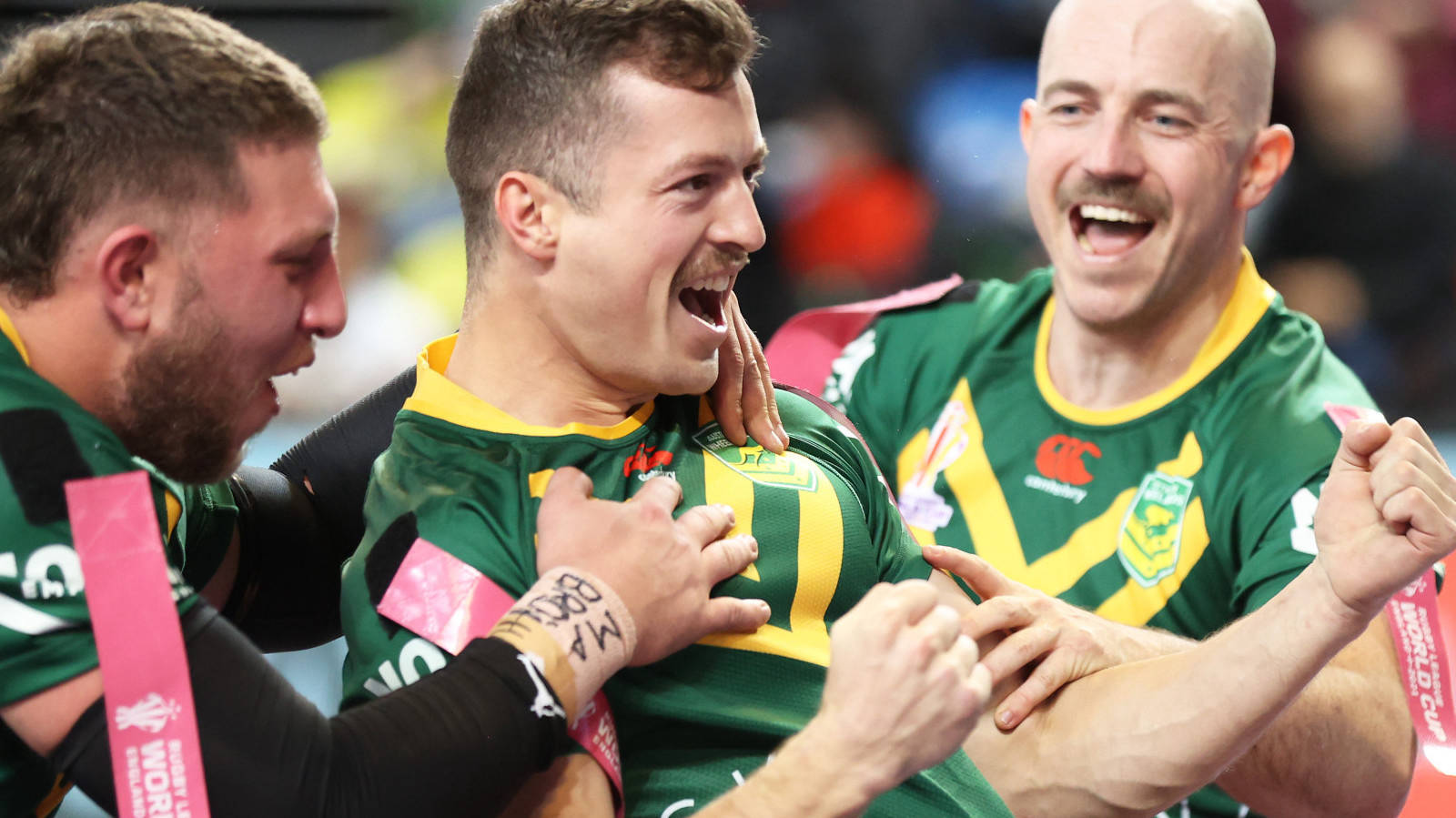