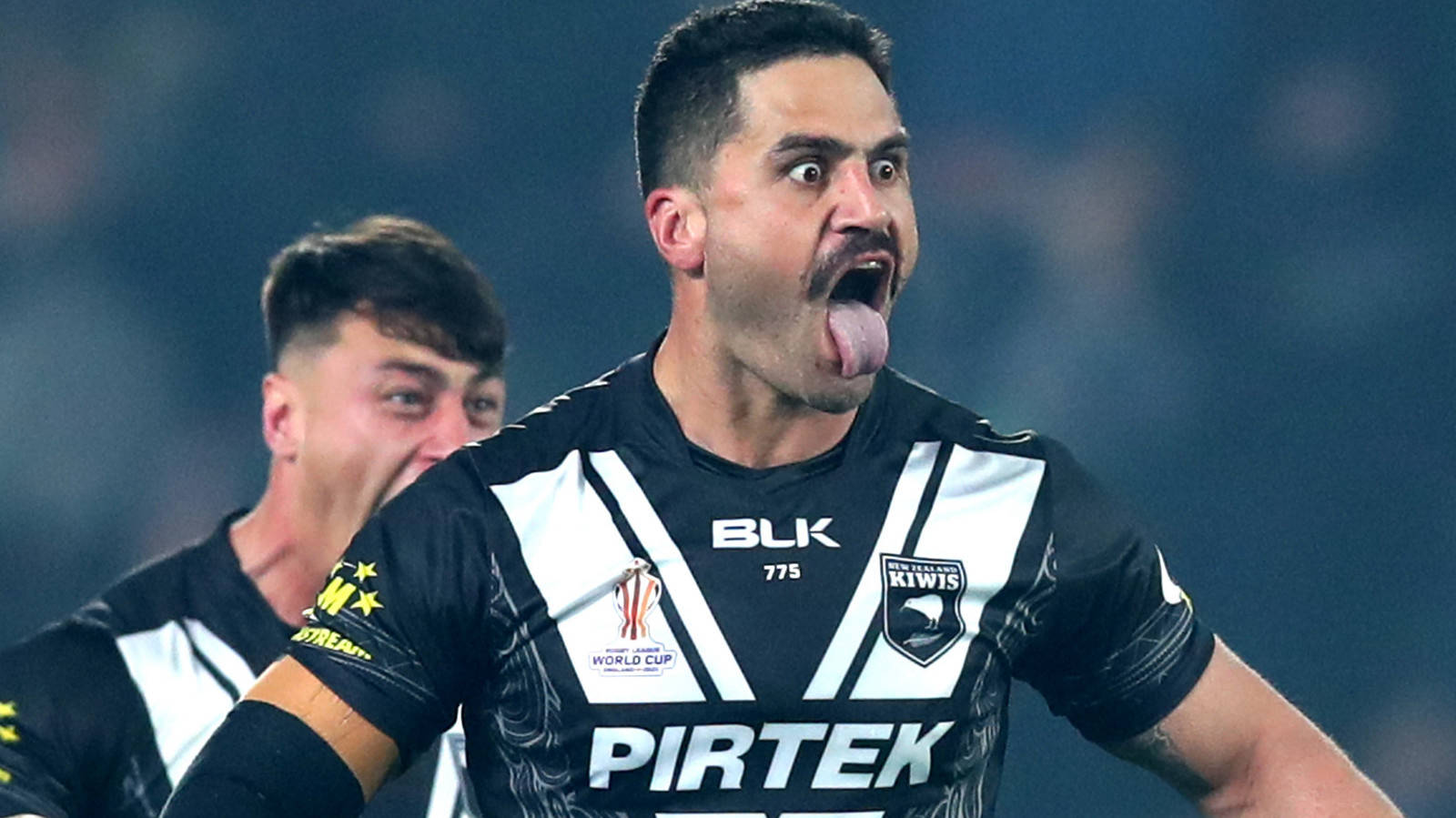 Michael Maguire gave his New Zealand players the full hairdryer treatment after their quarter-final stumble, according to captain Jesse Bromwich.

Jordan Rapana’s late try sealed a narrow 24-18 win over Fiji to set up a showpiece semi-final clash with the defending champion Kangaroos at Elland Road on Friday.

But Maguire found little positives to accentuate from the Kiwis performance in Hull, with the skipper admitting there were some choice words and home truths in the dressing room.

"Was that the angriest I've seen him? I think so, it’s definitely right up there, top two I think," said Bromwich.

"He’s really passionate about this Kiwis team and he was pretty fired up after the game. It was good to see because we felt it was pretty unacceptable the way we started the game. But to have a coach come in and really care about the jersey that much and the pride on the jumper was really good. I thought today's session was really sharp off the back of some pretty intense meetings.

"The thing I got out of it was probably the passion this late in the tournament. The messaging was just around it not being an up to par performance, pretty unacceptable really.

"A lot of us boys all agreed. Madge came around and had a bit of a one-on-one with everyone before and I thought the boys handled it really well. Moving forward we know what’s acceptable and what’s not now."

Bromwich knows what it takes to beat the Kangaroos and is looking to channel the memories of their clash in 2018, Mal Meninga's first defeat in charge of Australia, when Maguire's team secured a 26-24 win in Auckland.

The Kangaroos lead the head-to-head in this storied fixture 101-33, with three draws, but it's a closer 6-4 scoreline in their favour in a last ten fixtures.

"Everyone went out there and had close to the best games they could have played. It was a really tight group, a group that wanted to work really hard for each other," recalled Bromwich.

"I think this team is a bit different but we’re a world class team. Not to say that the others weren’t but if I look around the park there’s plenty of talent, we just don’t seem to be getting much use out of that talent. So we need to go out there and play to our potential."

Bromwich had made no secret before the tournament that anything less than a final appearance would be considered a failure.
The current world number one side missed out on the final in 2017 as Australia defeated England 6-0. The Kangaroos also won the tournament in 2013, though New Zealand shocked them to claim the 2008 final in Brisbane. Bromwich watched that iconic moment in New Zealand sport with his brother Kenny, now he's excited to play alongside him in Leeds.

"It felt like it was just a dream growing up," he added.

"I never thought I would be able to do some of the things we’ve been able to do. I feel very grateful and lucky to have gone out and done a lot of these things, but to do it next to your brother, someone you grew up with we never take these things for granted.

"We’ve both got families of our own now and we’re really close. So these are the things we’ll talk rubbish to our children about when we’re 40, 50 years old."