What are the teams for Australia v New Zealand women at the Rugby League World Cup? 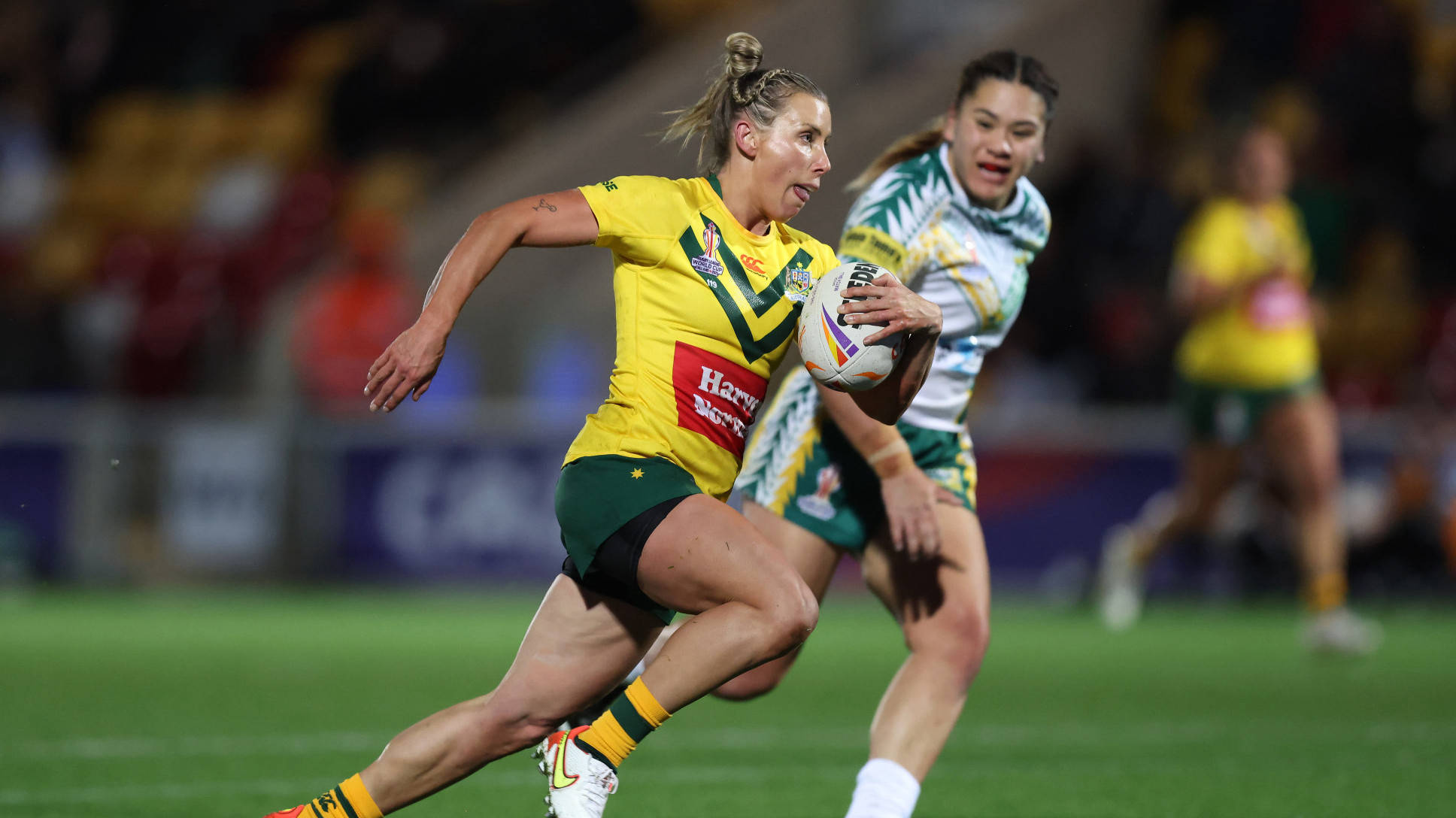 What are the teams for Australia v New Zealand women at the Rugby League World Cup?

The defending champions take on the most successful team in the tournament’s history in a huge encounter between New Zealand and Australia in York.

At stake is top spot in Group B and in theory, the easier semi-final for the Antipodean rivals, who have both already clinched a spot in the final four.

Convincing wins over France and the Cook Islands have underlined their status as the teams to beat in England but we should get a better idea of where they stand after Thursday’s clash at York Community Stadium.

The Jillaroos are yet to concede a try, with Julia Robinson and Evania Pelite having already racked up five tries apiece.

While they have seen their line breached once, in a 34-4 win over the Cook Islands, the Kiwi Ferns have also been unstoppable, with 14 tries in two matches.

Their only two prior defeats in the competition have been the last two finals, both against Australia. In fact, the Jillaroos are the only team to have ever beaten them, including an active streak of four straight wins against their biggest rivals.

New Zealand have had the better of the head-to-head over the course of the rivalry, with 16 wins from 24 meetings.

However, as mentioned earlier, Australia have closed that gap, with four of those eight wins come in their last four meetings.

At World Cups, New Zealand have won five and lost two against Australia.

Australia have not only not conceded a point so far in this Rugby League World Cup, they are also yet to concede a line break in the competition.

Australia are on a run of ten successive wins including the 74-0 victory against the Cook Islands followed by a 92-0 win against France. They have also won four straight against New Zealand, who last beat them in 2016. They are aiming for a hat-trick of World Cup victories having lifted the trophy in each of the last two tournaments.

The Kiwi Ferns have won their last four internationals, with Australia the last, and only, team to have beaten them. Since then, they have recorded wins over Samoa and Tonga, as well as the group successes over France (46-0) and the Cook Islands (34-4). They won the first three Women’s Rugby League World Cups, and have lost to Australia in the final in the last two.