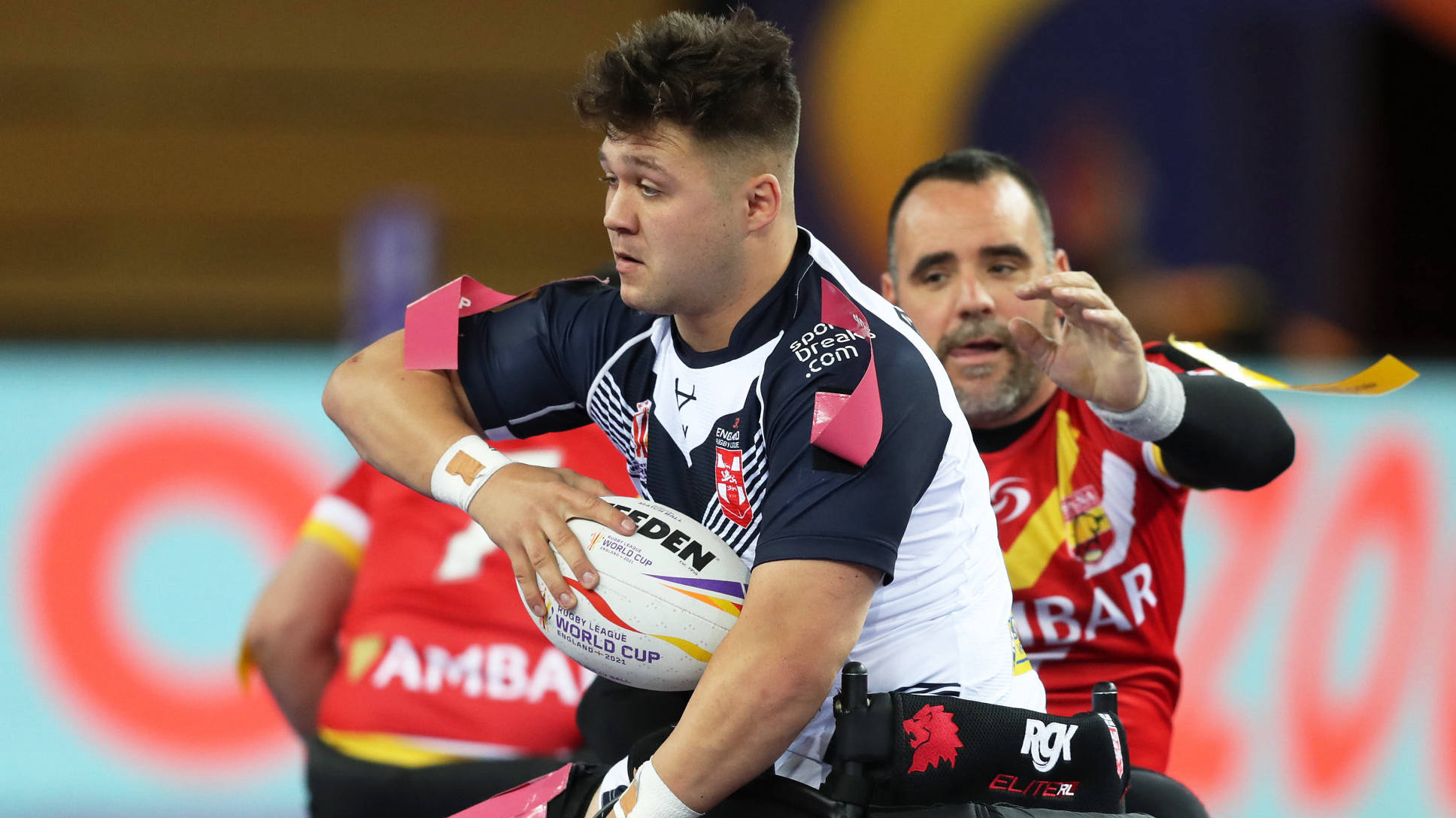 England are not getting ahead of themselves, insists captain Tom Halliwell, despite a place in the semi-finals sewn up and wheelchair rugby league trending on Twitter.

The hosts take on Ireland in their final group game, with their wins over Australia and Spain confirming their spot in the last four.

It is not possible for Ireland to reach the knockout stages, but there are still family bragging rights on the line as Ireland’s Phil Roberts comes up against his son Declan.

“It's a weird one because there's no reception here so as soon as we got back to the hotel our phones were just going ping, ping, ping," Halliwell said of the internet’s love for his sport.

“But we're not taking too much focus into that. We've got a job to do on Wednesday, but we're just players living the dream, playing in front of crowds like this and seeing the reaction on social media.

“It's just the dream but we have to knuckle down and we've got a job to do on Wednesday.”

Rob Hawkins put in an outstanding performance in England's win over Spain earlier.

The World Cup saw another record crowd for England and Ireland’s games on Sunday as 3,268 fans packed into the Copper Box Arena.

And England coach Tom Coyd has issued a clarion call for the same again tomorrow.

“And they're finally getting what they deserve and I’m really pleased for them.

“It's better in the flesh than it is on telly. I know that the production companies have done a really good job of representing the sport in an exciting way but the atmosphere in this venue is unreal.

“It is as if it was built for wheelchair rugby league and watching the boys play feels really special.”

Ireland will be out to upset the home crowd as they looked to end their World Cup on a high after defeats to Spain and Australia.

“I can’t wait. I have played against all the players, there isn’t anyone I don't know,” the Argonauts player said.

“We've only got three or four players that have played in the Super League ever. We're going to be up against it but we’re going to enjoy it.

"I think Phil's really, really looking forward to it. Obviously, they train together as well in the same team, so it will be a great thing to watch.”