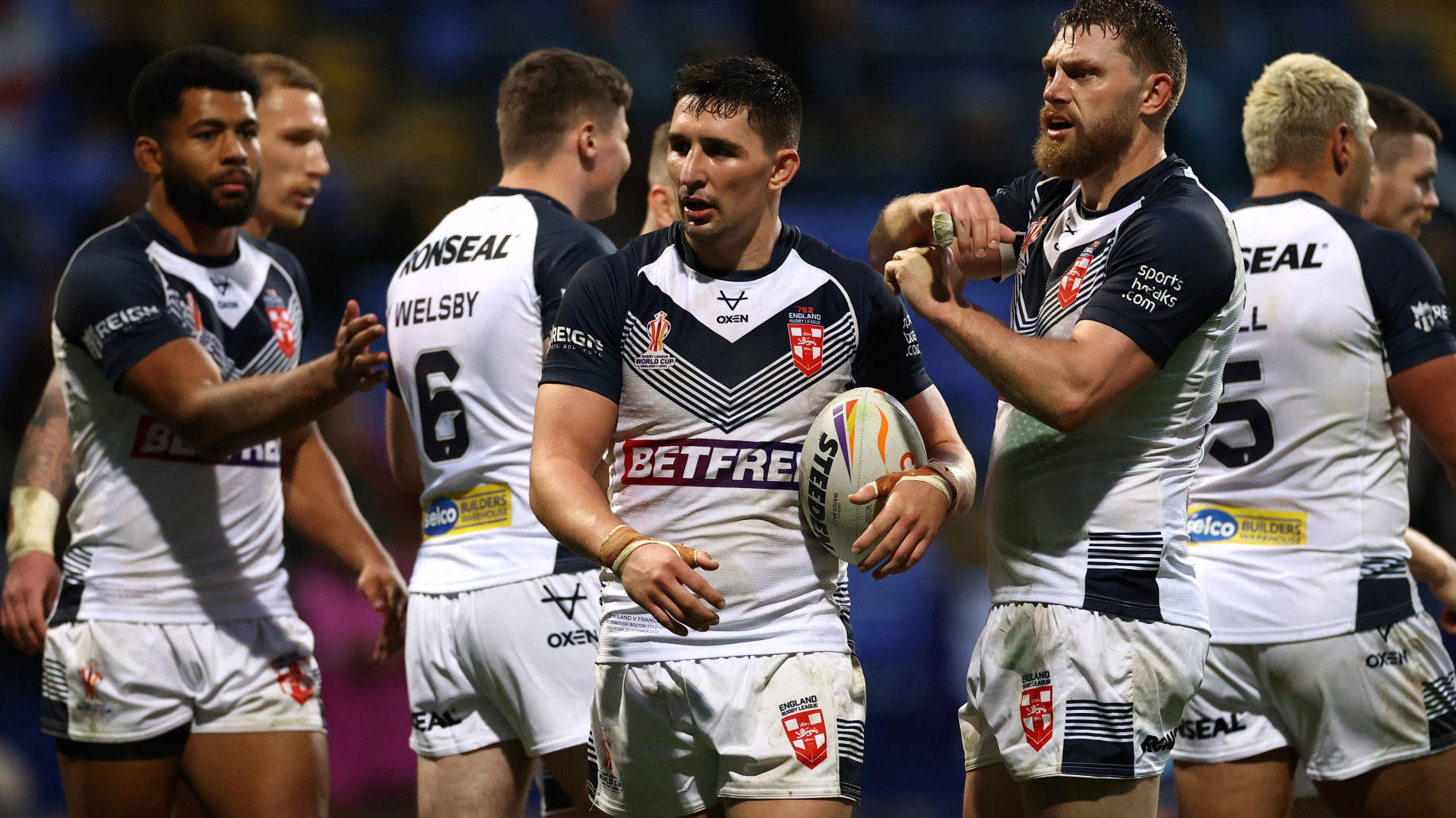 Victor Radley has fitted right in with England's team - but has been told to temper his Aussie lingo ahead of the hosts’ Rugby League World Cup semi-final showdown with Samoa.

The Sydney Roosters hardman is loving life in the England camp, after making the decision to represent his Sheffield-born father's heritage over Australia, who he had turned out for at junior level.

Embracing ‘The Inflictor' has been a key part of England's game plan, because unlike their five other NRL stars, Radley arrived in camp as a newcomer to both international rugby and the team culture - with the players taking responsibility for ensuring he integrated seamlessly.

England captain Sam Tomkins took him for a night out in Manchester before the tournament began, former Roosters team-mate Ryan Hall has played a big part in him settling in, while Tommy Makinson hailed his on and off pitch contribution to the relaxed but determined spirit Wane has imbued in his team.

"Victor's been great, it's just the accent and how he keeps saying 'grouse' - I don't even know what it means," he said.

Grouse by the way would be a good way to describe Radley's impact and performance in England's thumping quarter-final win over Papua New Guinea, the aggressive loose forward was certainly 'great', 'terrific' and 'very good'.

When Wane demanded a fast start against the Kumuls, Radley obliged with his bulldozing play at the heart of their creative endeavour. The likes of Makinson will get the headlines - try scorers always do - but Radley was brutish against Papua New Guinea, creating the space and opportunities for the playmakers to exploit.

There is a cohesiveness and ruthlessness to Wane's approach, underlined by the decision to drop in-form Luke Thompson from the squad that won their last eight match so convincingly in Wigan.

Chris Hill rolled back the years in the starting prop role while Wigan second row John Bateman replaced the Bulldogs middle in England’s first-choice 17, the only change from the opening game against Samoa, despite his impressive stats from the group games and duly played a blinder, underlining the speculation linking him with a return to the NRL.

“Every one of those players that didn’t play are still in the mix," insists Wane. "I pick a team who I think can win and it will be the exact same for the semi-final, and hopefully the week after too.

“It’s not been easy leaving people out who never get left out. They always start in their respective club teams but we’re all still friends. It’s knockout rugby now and I have to pick a team I think will get us through.”

Victor Radley has made a blistering start to his #EnglandRL career during @RLWC2021!

Brisbane Broncos centre Herbie Farnworth is another to fuse flawlessly with the team, even though he'd been on the sidelines for the last four months of the NRL season after injuring his bicep against the Canberra Raiders.

His combination with five-try hero Makinson was lethal and he's warned Samoa, England's semi-final opponents on Saturday at Arsenal's Emirates Stadium, to prepare for another bullet-fast start.

"We know we can get even better and we’re just looking forward to playing a World Cup semi-final for England," he said. "We’ll come out firing just like we did against PNG. We’ll make it a real fast, tough game and we will back ourselves.”

Farnworth scored against Samoa in England's 60-6 win in the group stages and shone against France but then sat out the final group game against Greece. He had no complaints about that decision but certainly won't feel the same way come the business end of the tournament.

"I want to play every game but I felt I needed that rest because I hadn’t played for a long, long time," he added.

"I’d come back from a bicep injury and hadn’t played for about five months, so it’d be a lot to ask to play four or five games on the trot. So when Waney thought it was best to rest me it was 100 percent right. I just want to play every game from here on out."