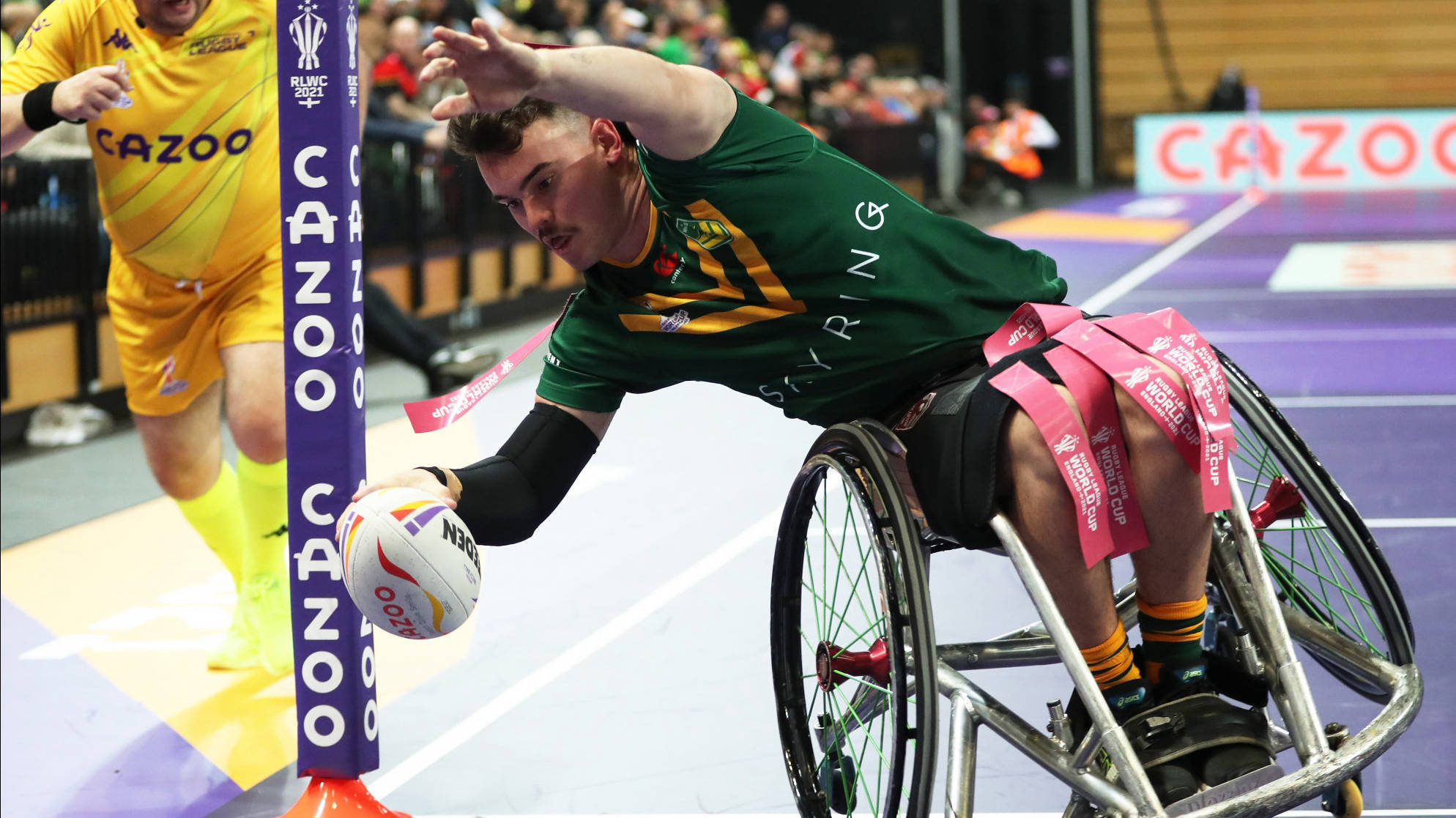 England secured a place in the semi-finals with a 104-12 win over Spain thanks to five tries from Rob Hawkins and a hat-trick to Declan Roberts.

Spain responded to Jack Brown’s two early tries, first through Raphael Monedero and then Theo Gonzalez but would not cross again as England's defence kicked into gear.

Nine of England's players scored with Brown selflessly setting up Wayne Boardman for the first of his two tries.

Meanwhile, Australia responded from their defeat to England in the opening round to beat Ireland 76-18, making their final group game against Spain an a-winner-takes-all affair.

Bayley McKenna was the star of the show scoring three tries and assisting one on his way to the Player of the Match award.