England crossed for 18 tries in a comfortable win. 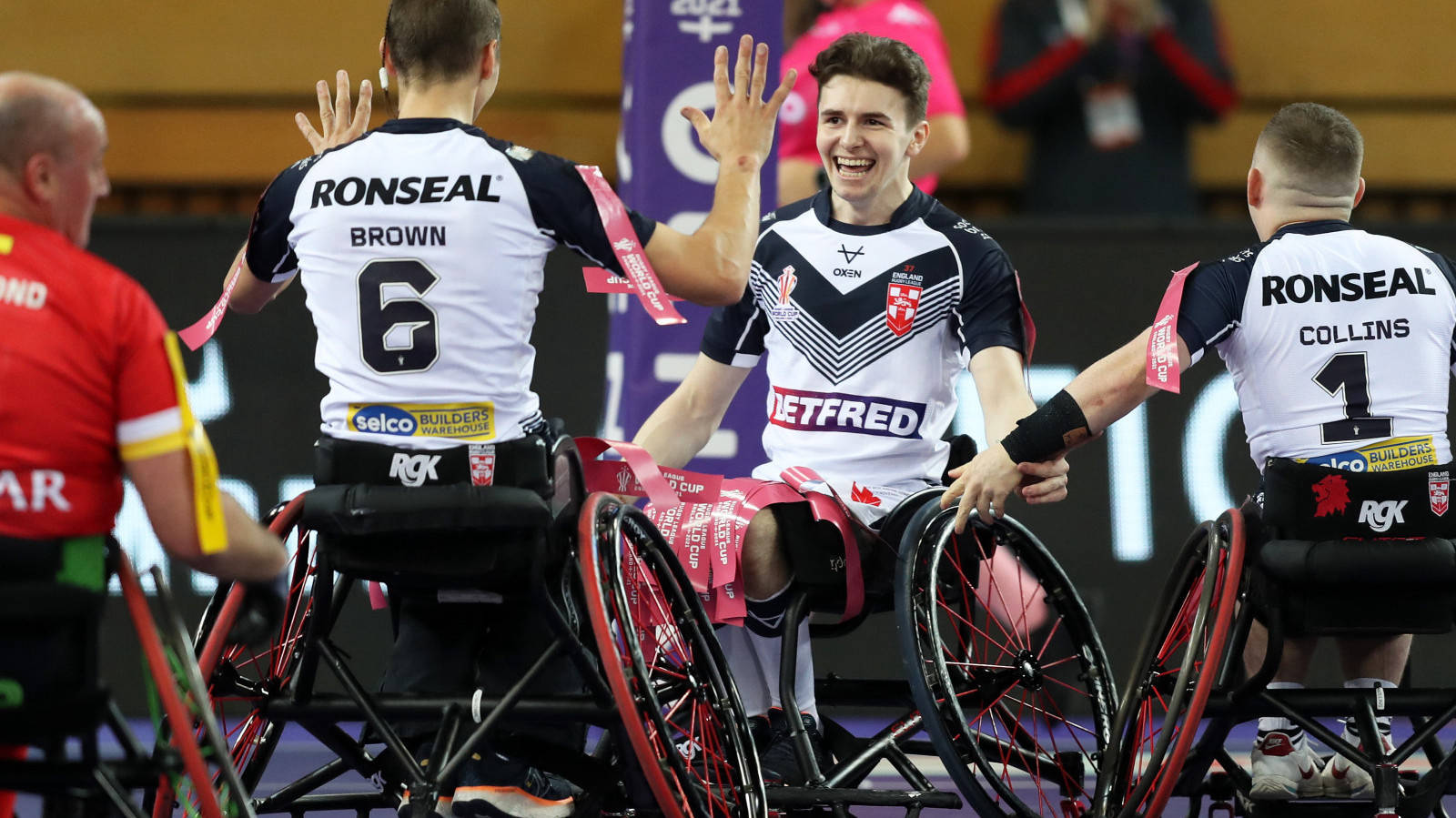 England crossed for 18 tries in a comfortable win.

England head coach Tom Coyd believes there is still more to come from his side despite an 104-12 victory over Spain putting them on the cusp of a wheelchair semi-final spot.

Rob Hawkins matched his men’s counterpart Tommy Makinson by scoring five tries, as England kept Spain quiet for much of the game.

Nine of England's players crossed for tries, as 16 of their 18 were converted, with Ireland next in England’s sights on Wednesday.

“I thought the boys played well,” Coyd said. “We still need to respect possession better, particularly at the start of the game.

“We talked about earning the right to be able to throw the ball around and we jumped the gun with that today.

“I thought overall, with the ball, the performance was better than the Australia game so it was good to build there.

Spain responded to Jack Brown’s two early tries, first through Raphael Monedero and then Theo Gonzalez, but they would be their last tries of the game.

Brown selflessly passed up a chance of a hat-trick by passing to Wayne Boardman but Rob Hawkins duly earned his in a player-of-the-match display.

He showed a sharp turn of speed with a brilliant move and finish down the wing after more great work from Brown, before scoring two in two minutes to bring up his treble.

Despite his five-star showing, Hawkins matched his head coach’s mild mood as England remain steely-focused on the job at hand.

Hawkins added: “I just wanted to put in a better performance on compared to the last game that we played against Australia.

“That was my main aim going into it and definitely secured that today.”

While Hawkins’ goal was to finish off attacks, Spain’s aim was to get on the scoreboard, which they duly did through Monedero and Gonzalez, with the latter kicking Spain’s final points in the second half.

Monedero said: “When we played, scoring those two tries was our main goal at the very beginning of the match.

“We went into the dressing room and we were satisfied with how we played against England, it was a very, very good result for us, despite the final score.”