IN PICTURES: England players enjoy their royal audience with Princess of Wales 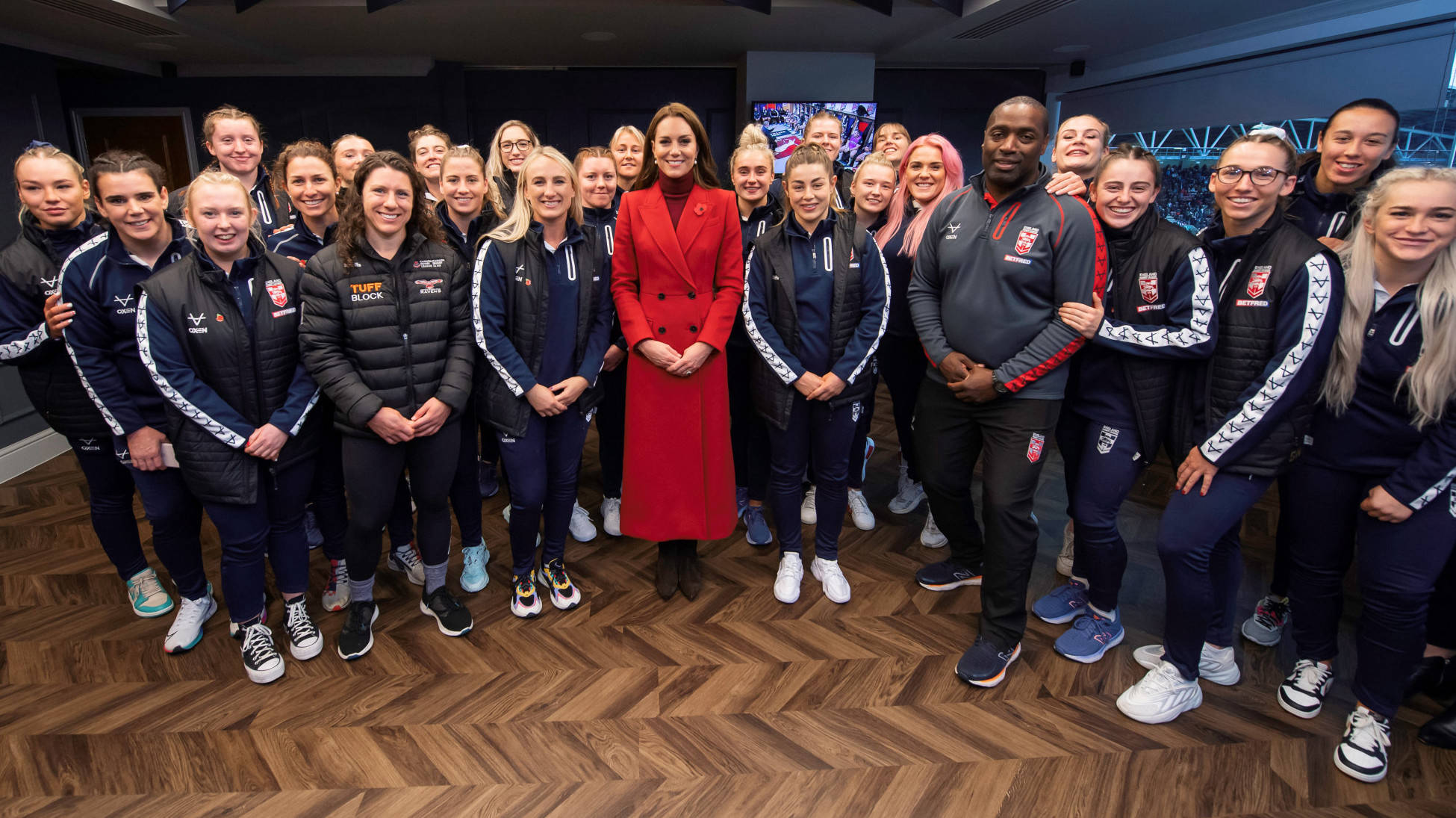 IN PICTURES: England players enjoy their royal audience with Princess of Wales

England's Vicky Molyneux saw her impressive display rewarded with a royal audience as new records were broken at the Rugby League World Cup.

And that meant the chance to meet the Rugby Football League's new patron, the Princess of Wales, who cheered on the hosts as she joined a crowd of 23,179 - a record for the last eight stages of the tournament, as England's men booked their semi slot with a 46-6 win over Papua New Guinea.

"I've never met a royal before and that is something you don't even contemplate being a young girl growing up and playing rugby league," said Molyneux, a lifelong Wigan fan whose father Jim played for the club.

"She has an aura around her and she's a really special person."

Before the match Her Royal Highness was presented with a series of gifts from tournament volunteers, known as The Power Squad, which included knitted hats, artwork, a signed shirt and soap.

She also spoke to representatives from groups who have played a part in the delivery of the Rugby League World Cup Social Impact Programme, which aims to provide a positive impact to communities in the tournament's host towns and cities.

And then met members of England's winning women's team, before being presented to the men's line-ups ahead of their quarter-final.

She also lead the record-breaking crowd in a moment of 'non-silence' held to mark the tournament's Movember Mental Fitness Match Day, aimed at tackling the damaging impact that silence can have upon men's mental health.

The Princess of Wales, with an umbrella to cover her from the rain, wore a red coat over a long-sleeved burgundy top (Getty Images for RLWC 2021)

England women's coach Craig Edwards said: "We met her as a team which was absolutely fantastic, and it was also a huge honour for myself.

"Where I'm from you don't think you'll ever get to meet a Royal and particularly with the way it was done, it was beautiful.

"She talked about the women and what they go through, and the physicality of the game. She had obviously done her homework on rugby league and she talked a lot about the girls and how they can be so inspiring and role models."