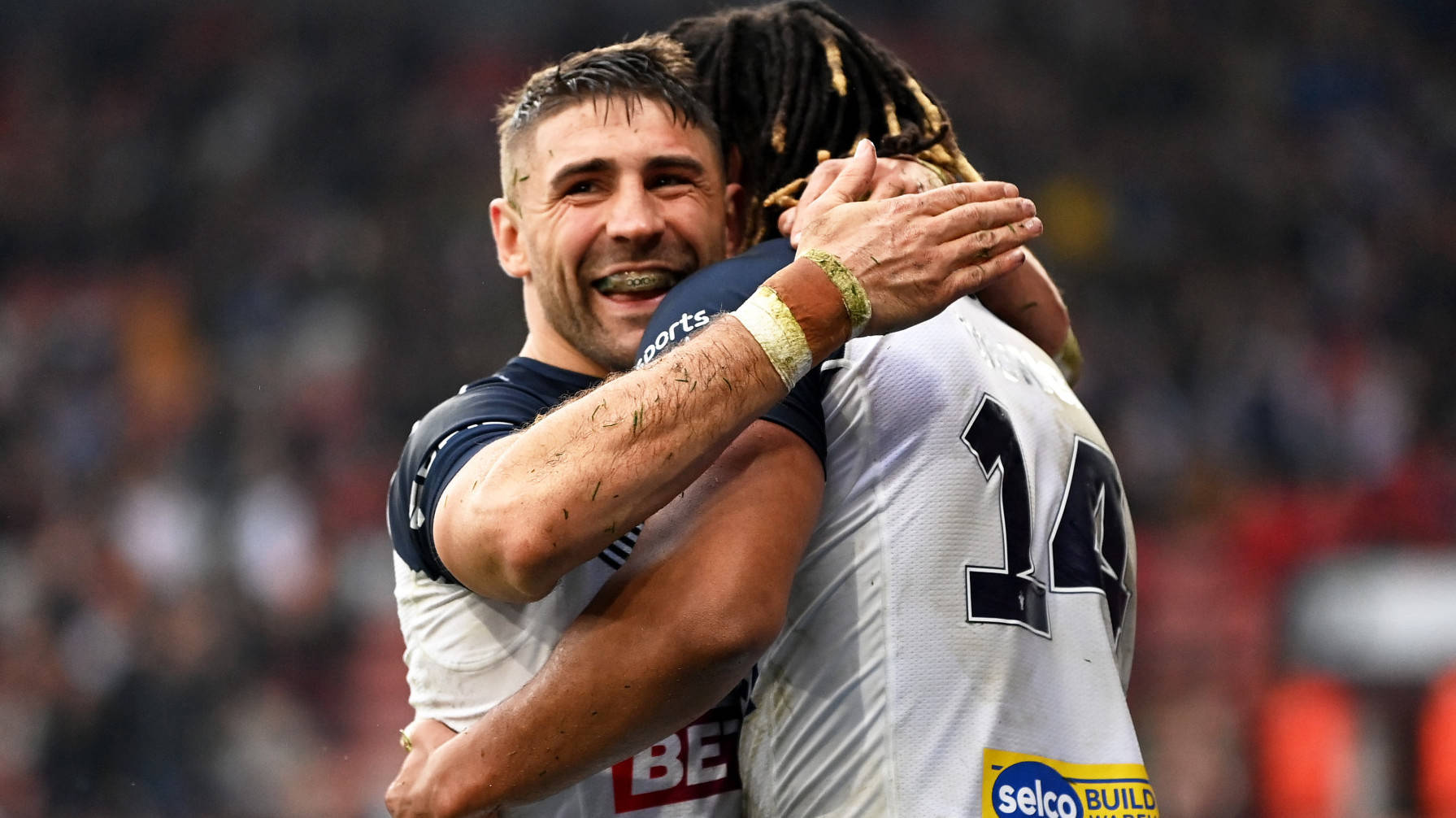 By James Toney at the DW Stadium

England gave A-list fan the Princess of Wales - and a record last-eight crowd of 23,179 - something to smile about in Wigan.

And if big tournaments are all about momentum, then the hosts are rocking and rolling towards a semi-final date in London with their tails up, as Papua New Guinea were ruthlessly swatted aside 46-6 at Wigan's DW Stadium.

Captain Rhyse Martin admitted Papua New Guinea were blown away by England from the whistle, their much-improved display after the break, with the game long lost, a case of too little, too late.

Shaun Wane wanted a fast start and that's what he got. England completed their first 13 sets flawlessly, despite drizzle making handling conditions difficult.

Tommy Makinson's first-half hat-trick and five try contribution will rightly hog the headlines but England's approach was encapsulated by the rampaging Tom Burgess, who would surely have challenged Makinson for player of the match had he played more minutes.

In his third World Cup, the South Sydney Rabbitohs prop powered over the line after just six minutes and had gained more than 100 metres less than halfway through the opening term.

Quick out the blocks is clearly a mantra for Wane and the Kumuls were caught napping. Their next opponents will be more aware.

Farnworth, Bateman and Hill shine away from spotlight

Makinson's 30-point haul, including a record-breaking five tries, will live in the memory but what will please Wane most is the performances across the paddock.

There were so many positives in this ultimate team display by the hosts, Herbie Farnworth made his presence felt and provided the perfect foil for the free-scoring Saints winger on the left edge.

John Bateman was immense and Chris Hill, whose selection against Samoa in the opening match of the tournament raised some eyebrows, continues to go from strength to strength.

There's an old school feel to how Wane and captain Sam Tomkins, whose selfless play continues to allow others to shine, have built England's team spirit.

NRL stars have been welcomed into the fold, Tomkins revealed how he'd taken Victor Radley out for a big night in Manchester to get to know him better when he arrived in camp.

And then there's the card school - Wane took £60 off Makinson before this quarter-final, which works out at £2 per point he contributed. Value for money.

Whoever England face in the semi-finals at the Emirates they are going to take some beating. Big tournaments are all about momentum and while other contenders have stuttered - the Kiwis in their narrow win over Fiji, Australia in the second half against Lebanon - England's ruthless consistency has been noteworthy. In addition, they’ve arguably had the tougher games too.

Wane, predictably, said he had no preference for their last four opponent but did give something away in his post-match press conference, revealing his initial two-year deal with England had been extended by another 12 months.

“It’s another year after the World Cup – I’m very happy, I love the job and I love being with these players every day," he said.

Wingers do battle for team of tournament

Who plays on the wing in the team of the tournament is becoming a lively conversation, with Australia's Josh Addo-Carr, scoring tries for fun for the Kangaroos, seemingly a lock for one spot.

Wane arrived at the World Cup with three wingers to choose from but Ryan Hall, England's record try scorer, has been left in the shade by Makinson and Dom Young.

Young - with nine tries in the tournament - had a quieter game as Makinson scorched down the left but scored a try and set up another. With these two on either flank in this sort of form, England have the perfect attacking balance.